For Hot Wheels 1985 Honda CR-X, we wish to share another color over here in this post. We had previously shared three different colors which were red, metallic blue and matte black. If you have missed them, you can still find them here:

Today, we will share the white HW 1985 Honda CRX which was released in 2016 under the Hot Wheels Night Burnerz series, same as the red version. 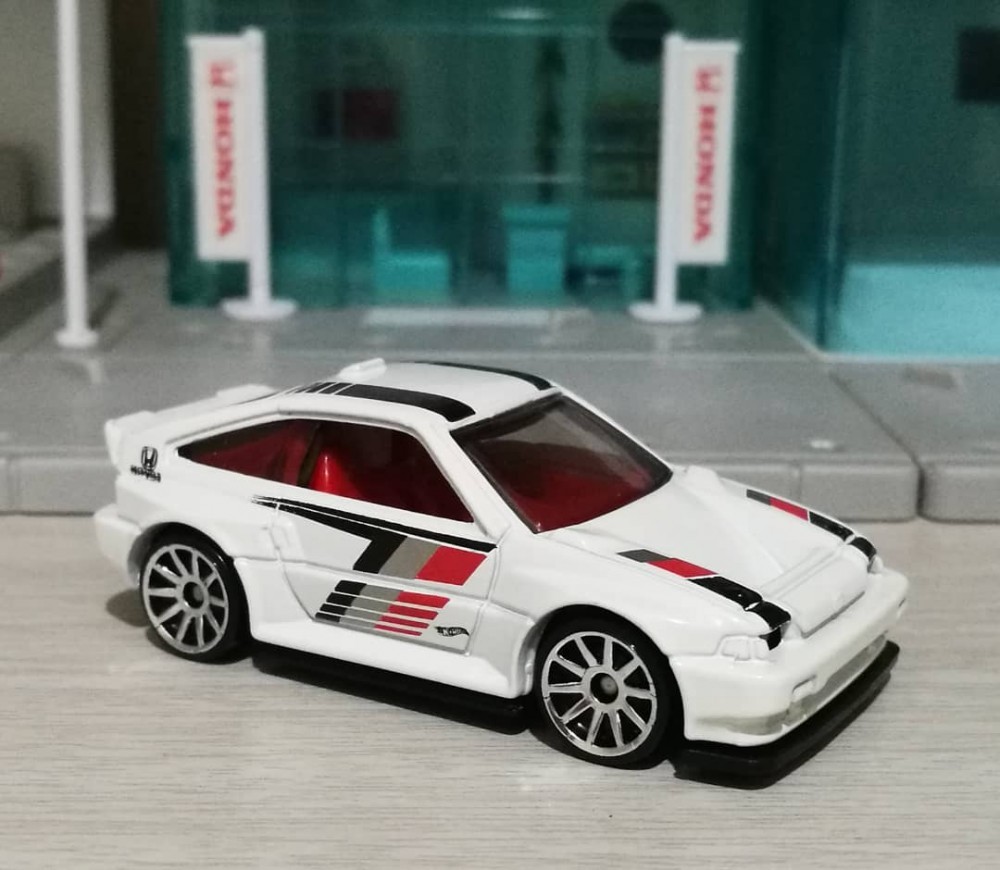 Similar to the other previously posted HW ’85 Honda CRX versions, this white CRX has no detailed headlights too. 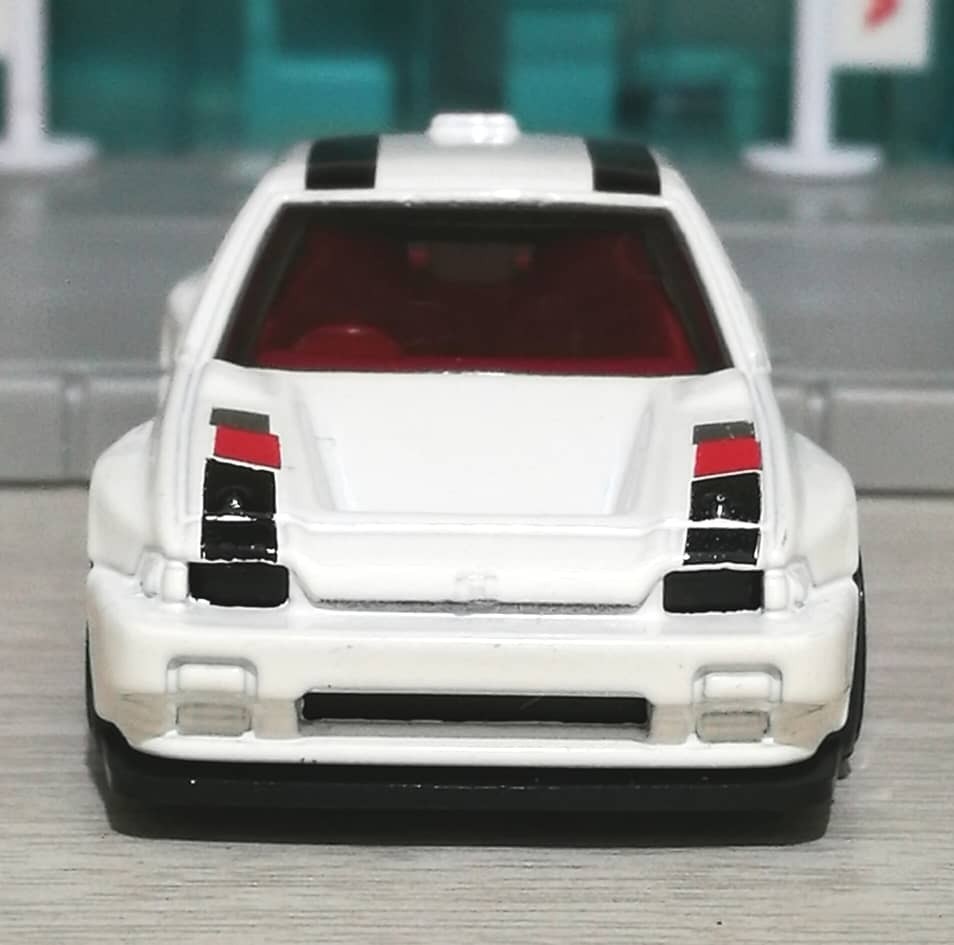 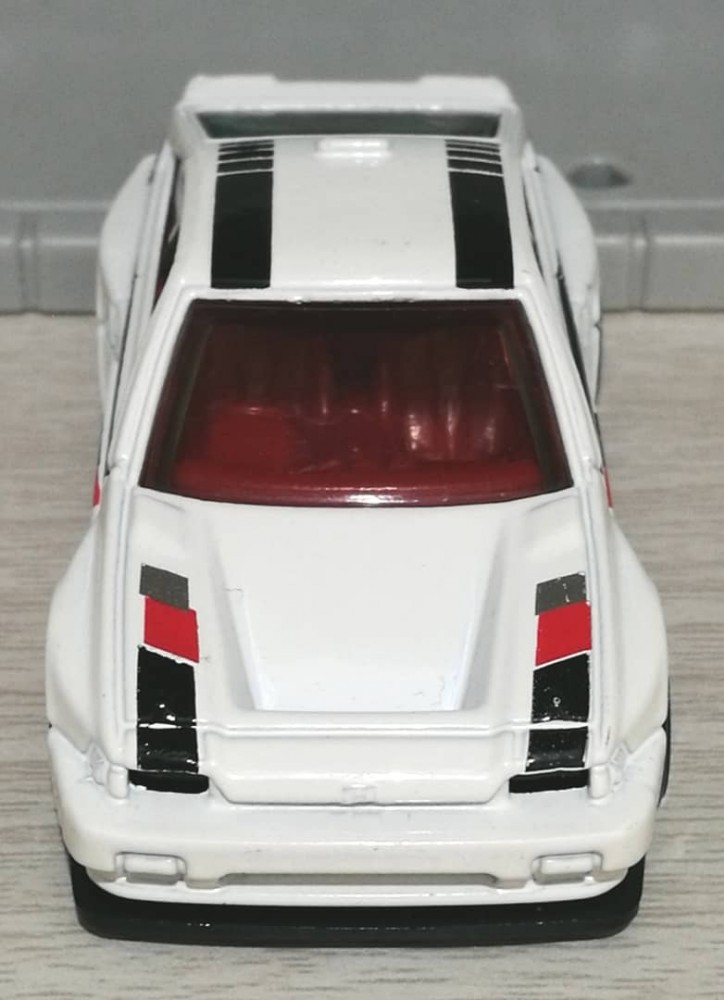 Tampo of red, silver and black Mugen lookalike stripes decorate the sides of the CRX with Honda and Hot Wheels logos. The standard wheels are red chrome PR5 but for this particular rare custom version, it comes with chrome 10SP wheels. 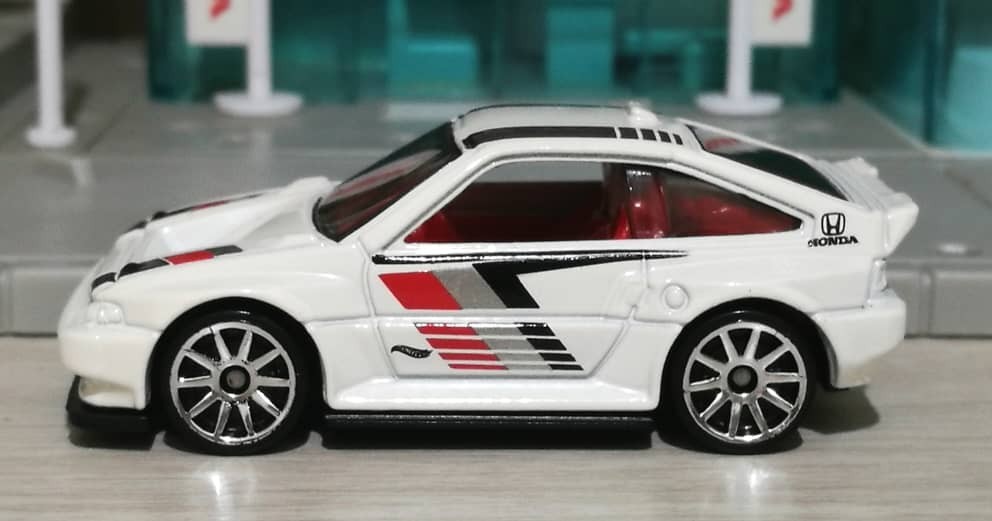 The rear have no detailed taillights and numbers plates as well. Twin outlet exhaust 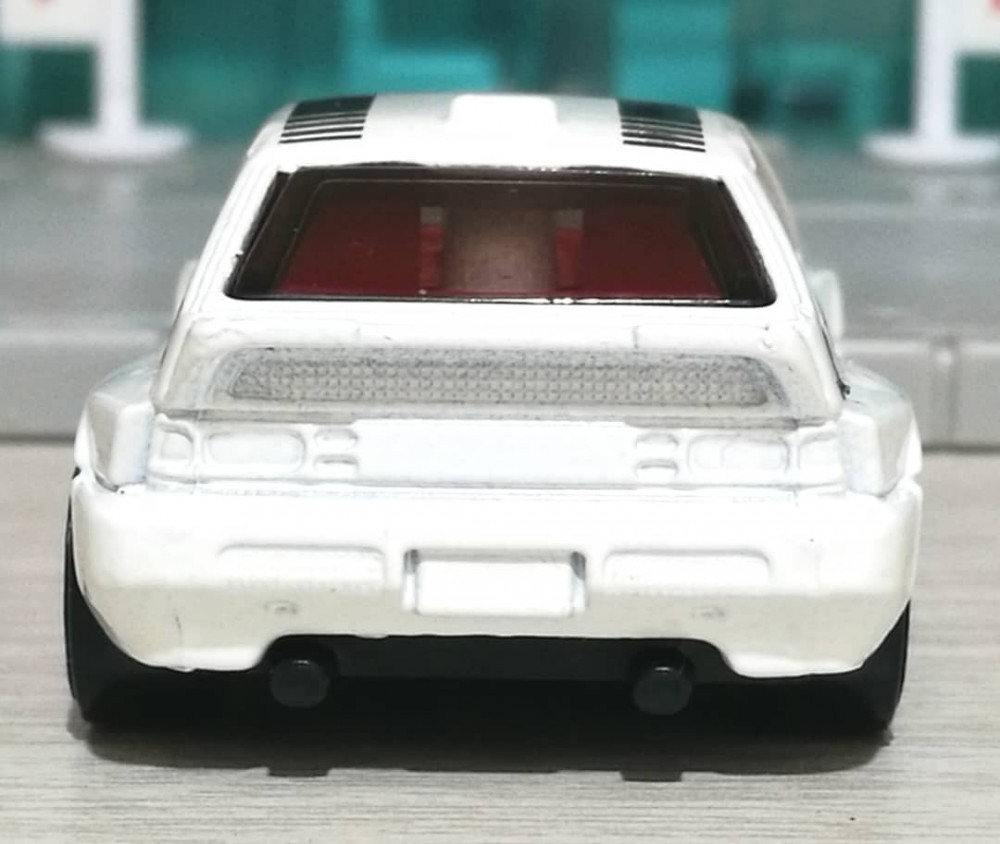 Red rear motor can be seen through the rear windscreen, presumably a J-series V6. 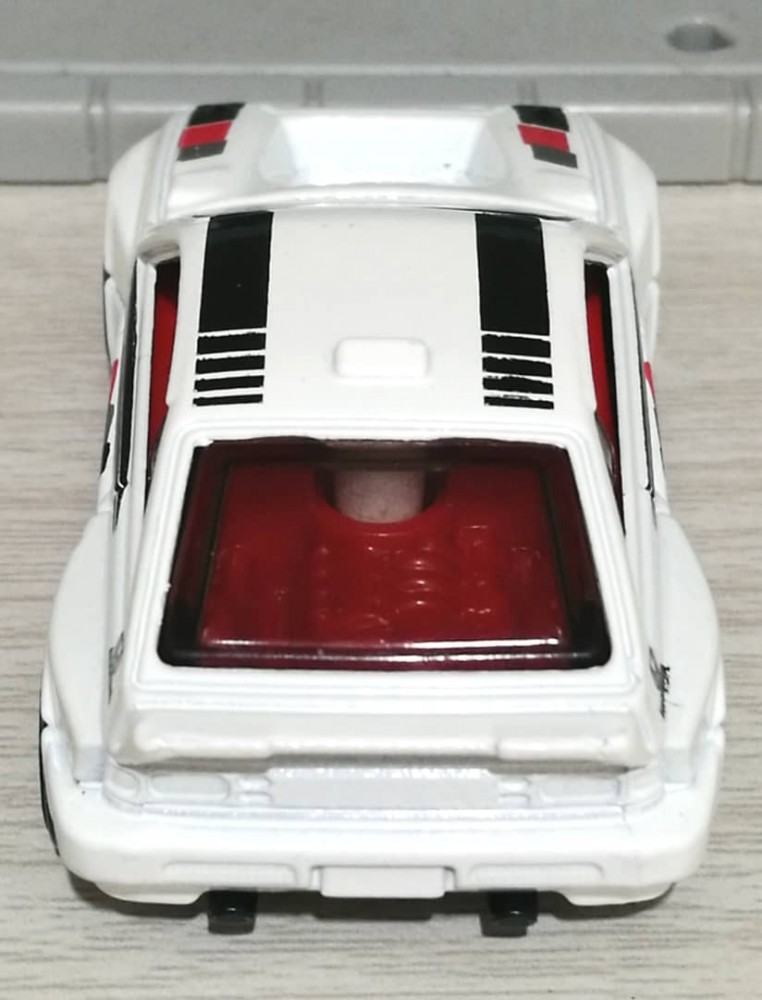 A closer view of the Honda J-series V6 motor! 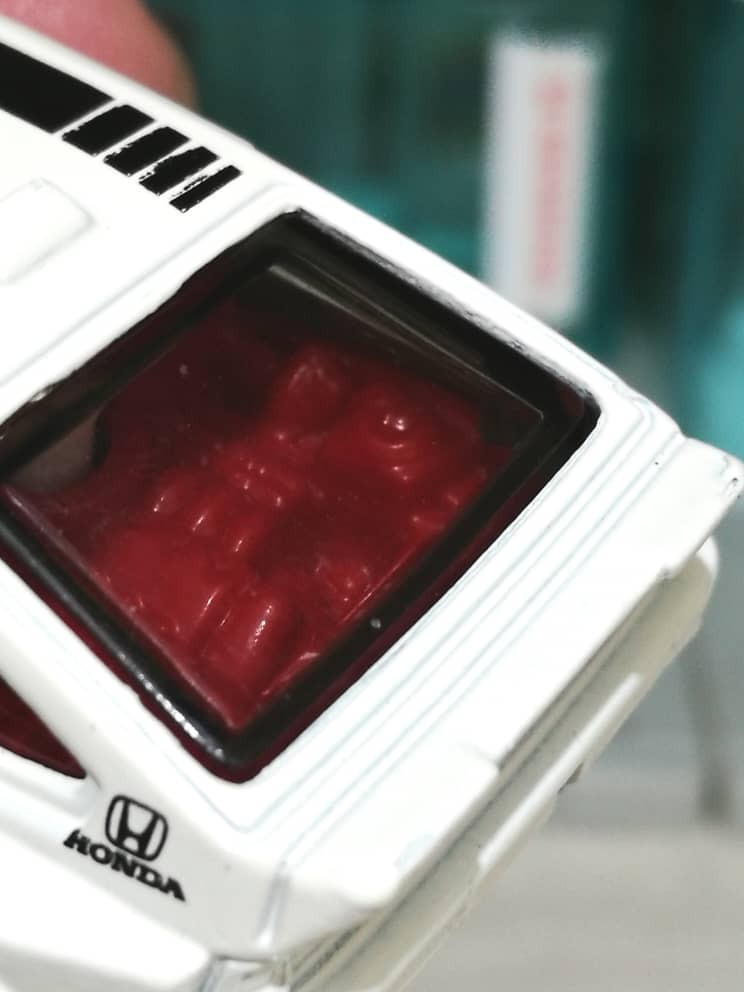 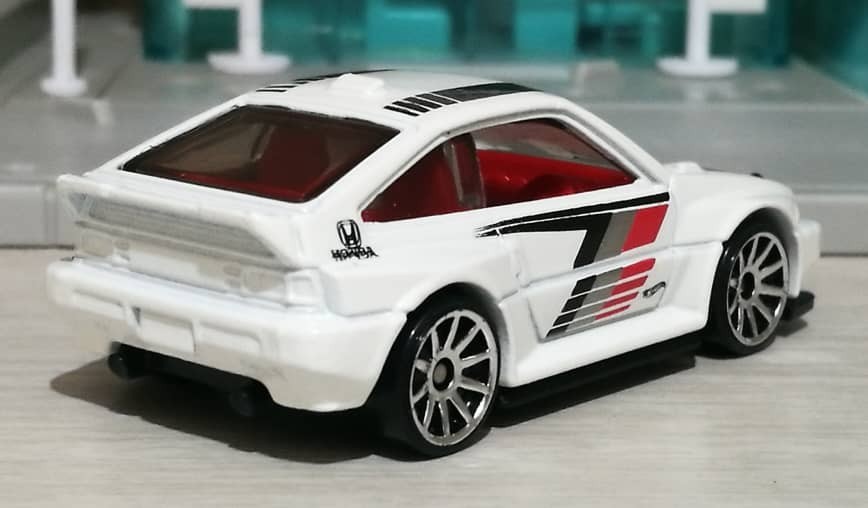 The base is black plastic. This model is ‘Made in Malaysia’. 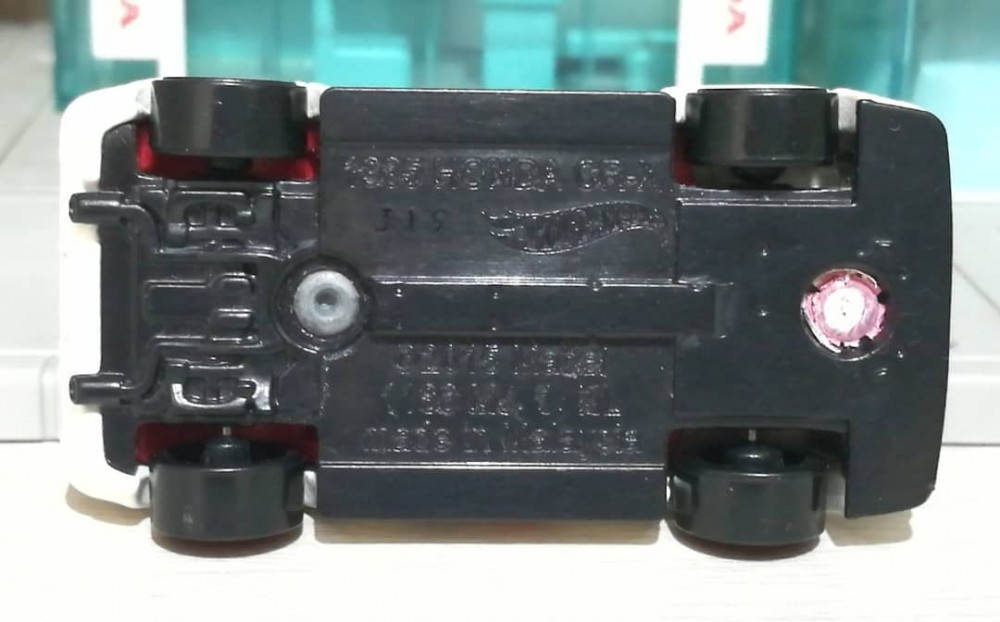 We hope you have enjoyed this latest addition of Hot Wheels 1985 Honda CRX.

Now, we would love to hear from you if you love this color or the previous colors.