Hot Wheels Honda Civic Si Coupe was first released in 2001 and there are many versions produced since then. This particular version is released in 2005 in Dual Cool 5-pack featuring 5 vehicles with dual paint schemes. 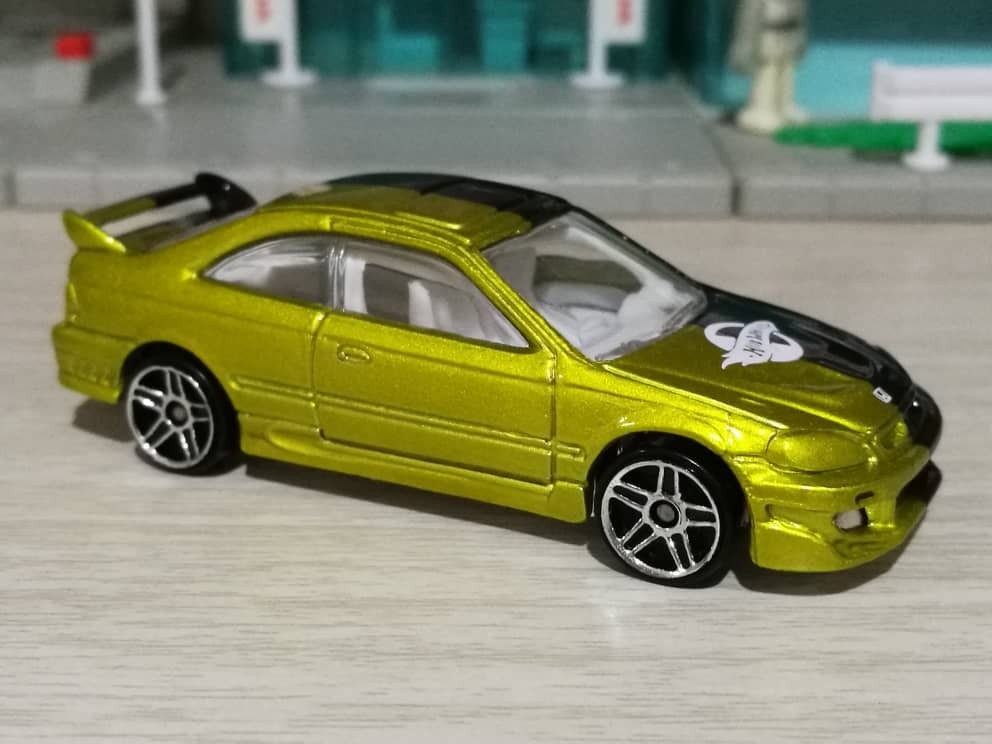 The front left quarter view shows the black color scheme on the left half of the HW 2001 Honda Civic Si. 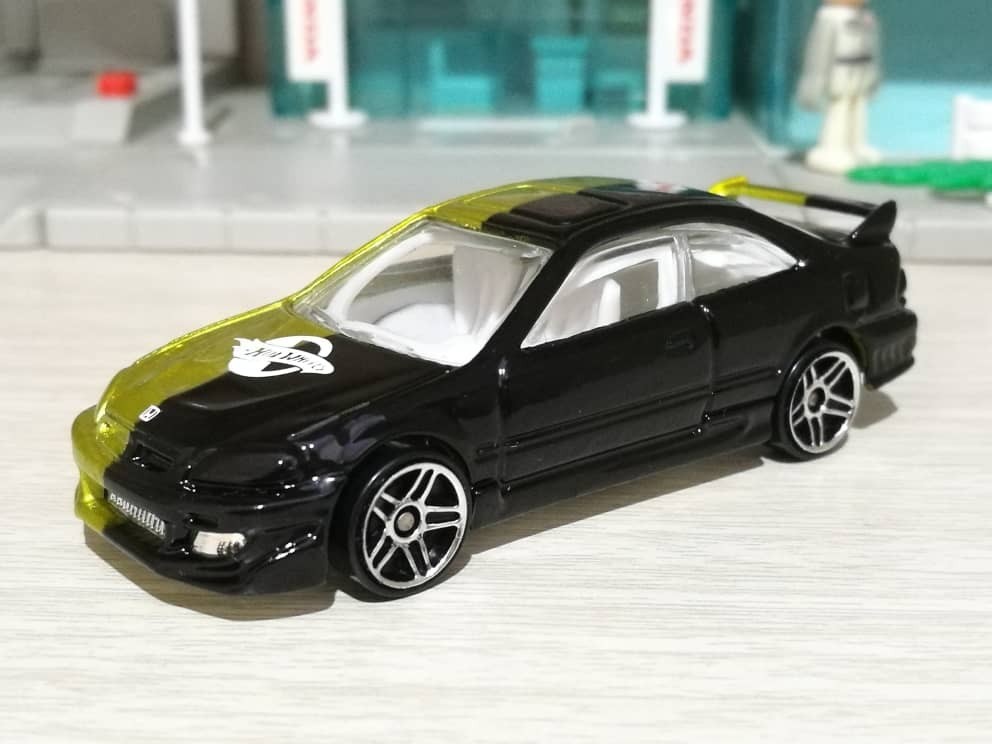 Over here is the front ‘two-face’ view with Wings West Avenger style front bumper with an intercooler nicely tucked behind. 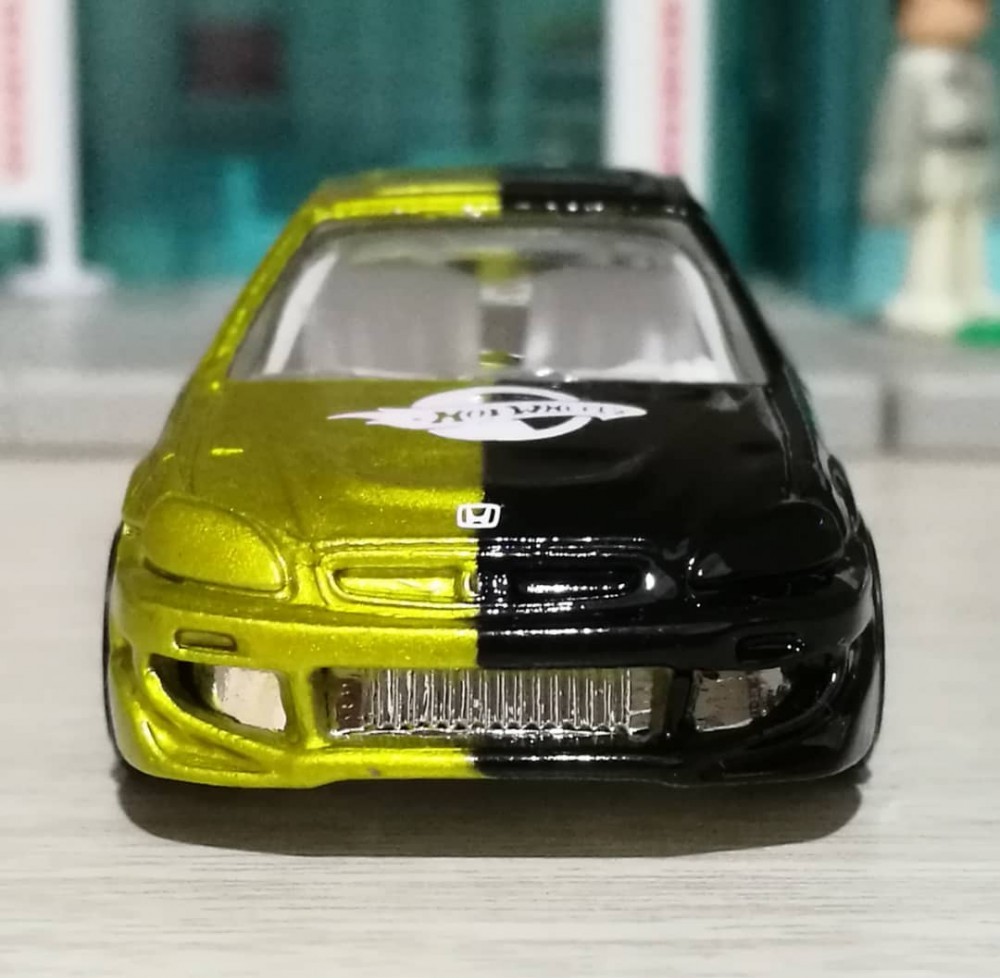 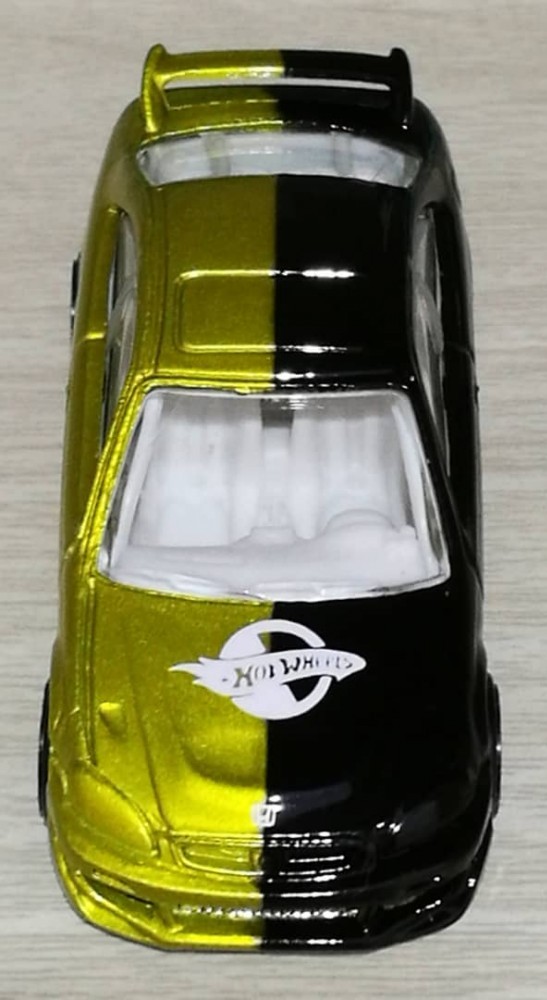 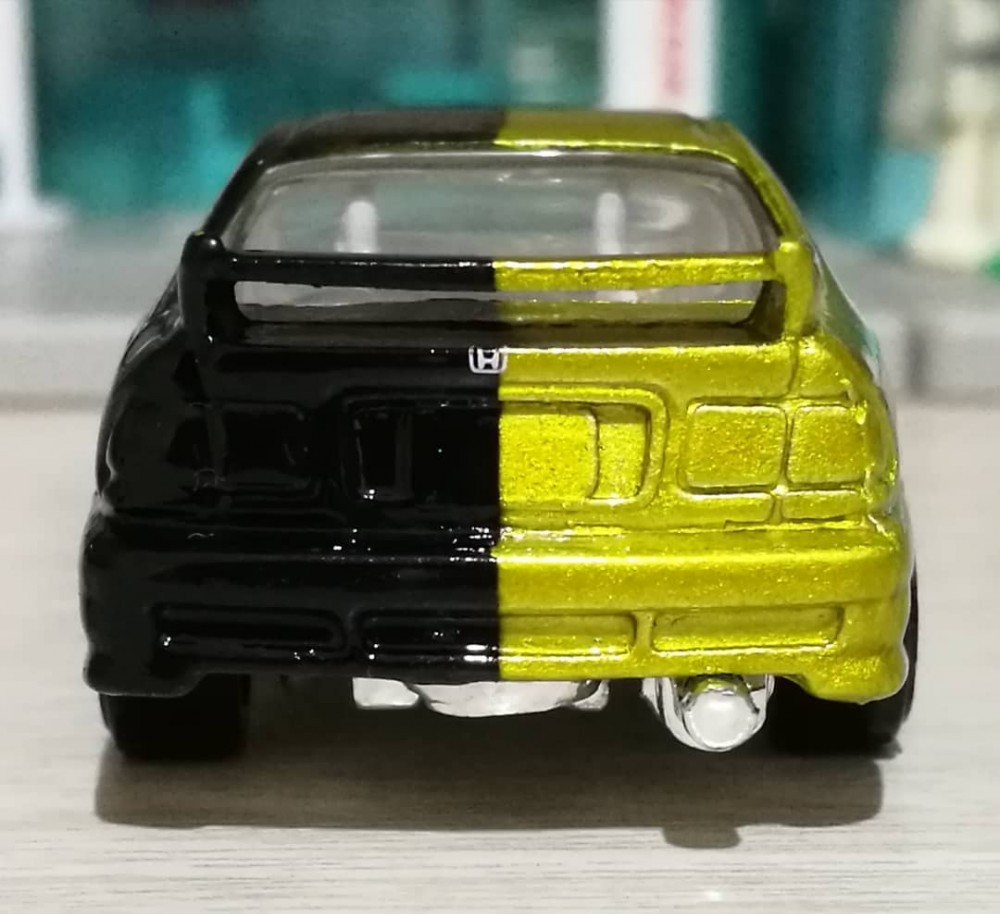 Rear top view. The windows are clear and non tinted. The white interior can be seen with a built-in roll cage, a pair of audio amplifiers and NOS bottle. 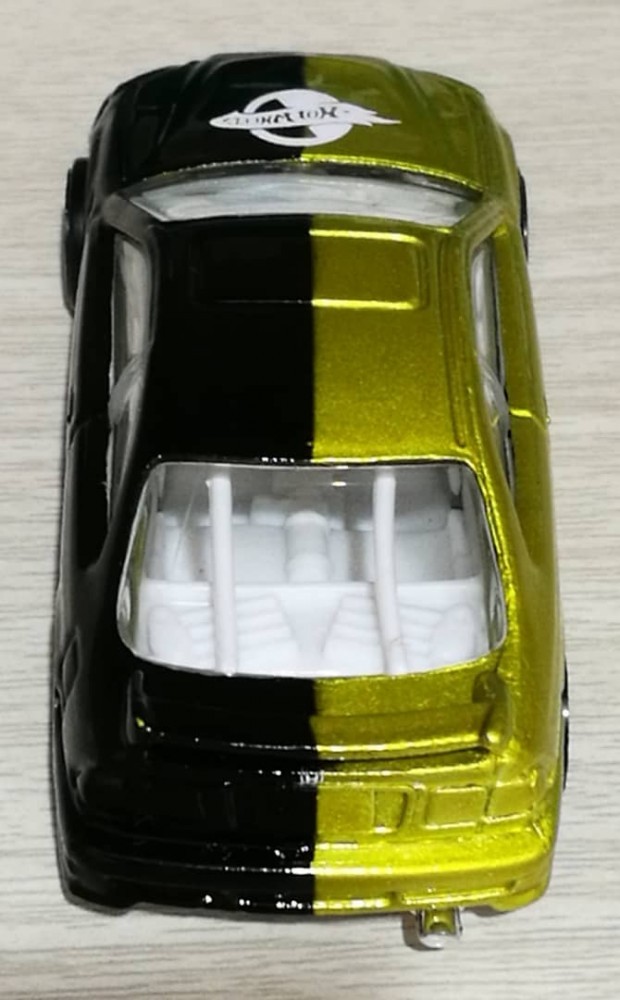 Rear right quarter view. The right side half of it is Lime green. The wheels are chrome PR5. 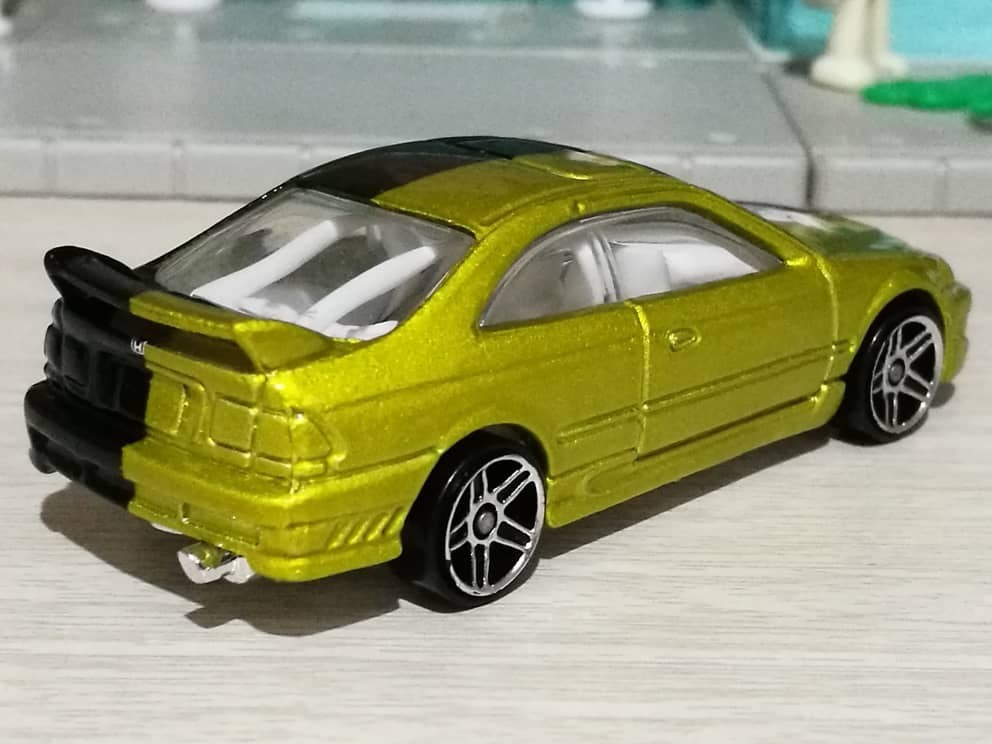 Rear left quarter view. Left side half of it is Black. 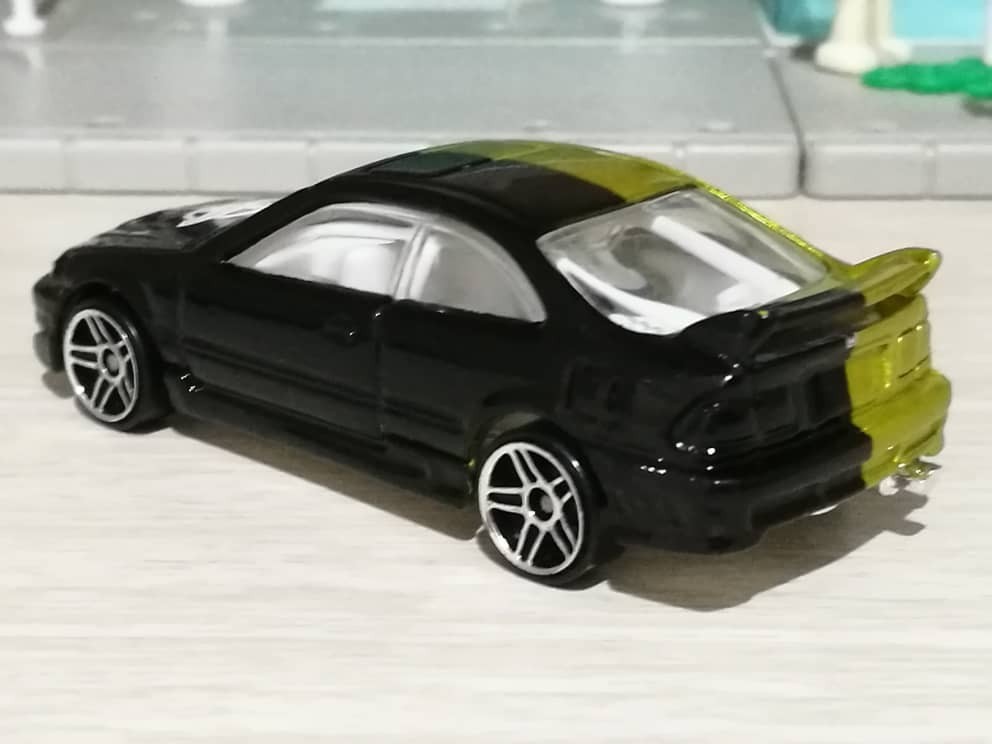 The plastic base is chrome and not made of metal unlike the Boulevard version. Interestingly, it is ‘Made in China’.

Another ‘must have’ Civic Si is also from another Dual Cool 5-pack series but it comes in all Lime Green color with tampo black and silver tribal design on the sides.

We think it is cool to have two half colors for Hot Wheels such as this version. What do you think of the color for this Dual Cool 5-pack series? Let us know in the comments below.