The Ford Mustang GT is a sixth generation Mustang which was released globally in 2018. The real car is shown below for comparison with the Hot Wheels version. 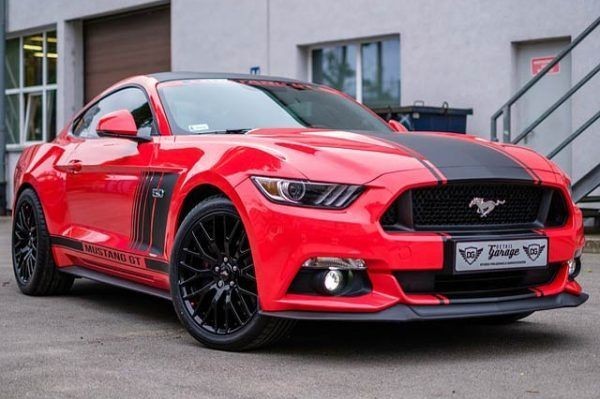 Other than the 2018 Ford Mustang GT, there is another special model released in the same year. If you have watched the movie ‘Bullitt‘, you may be interested to know that Ford had also unveiled a limited edition Bullitt model at the 2018 Detroit Motor Show to commemorate the movie’s 50th anniversary. The color is super stunning that it would be great to have Hot Wheels produce this in its 1:64 scale version as well. 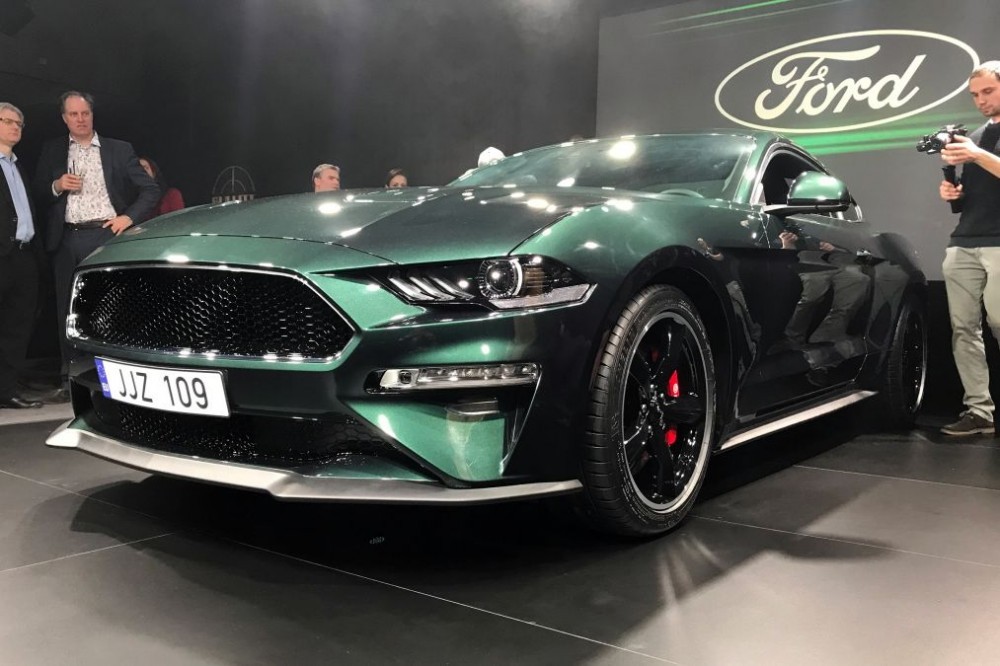 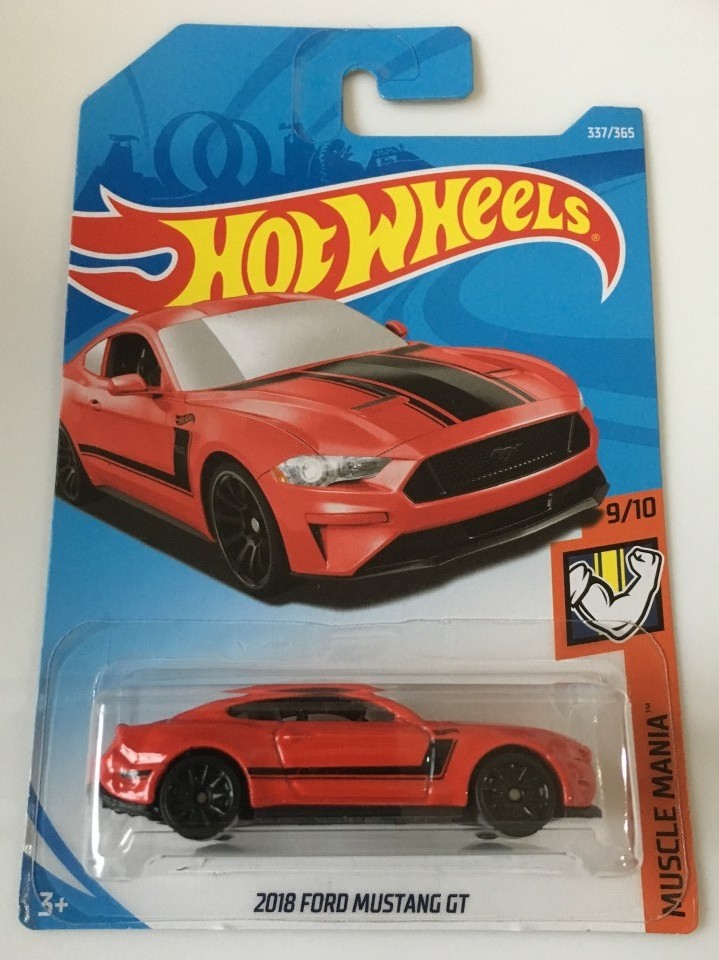 While some carded pack has some detailed description of the car at the back of the pack, this one does not have any. 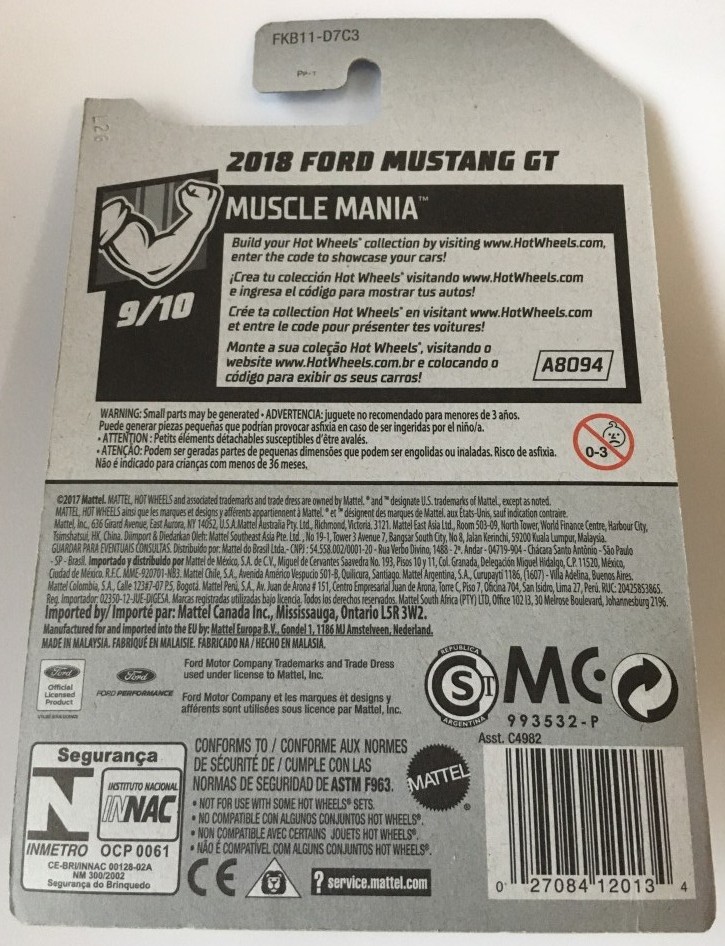 At the front of the HW 2018 Ford Mustang GT, the headlights are not detailed. There is also no sign of the tampo Mustang logo. The front grille and splitter are similar to the road going version. 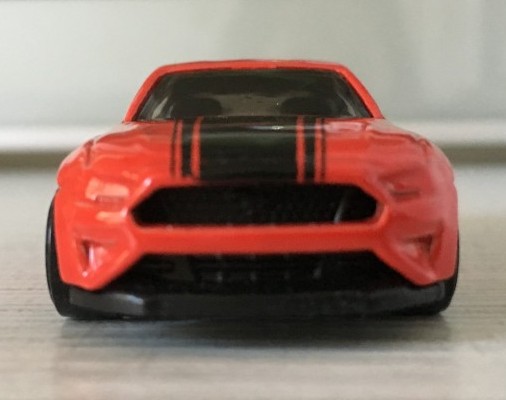 From the top view, black stripes on the hood can be seen. A thick black strip at the rear marks the rear spoiler. 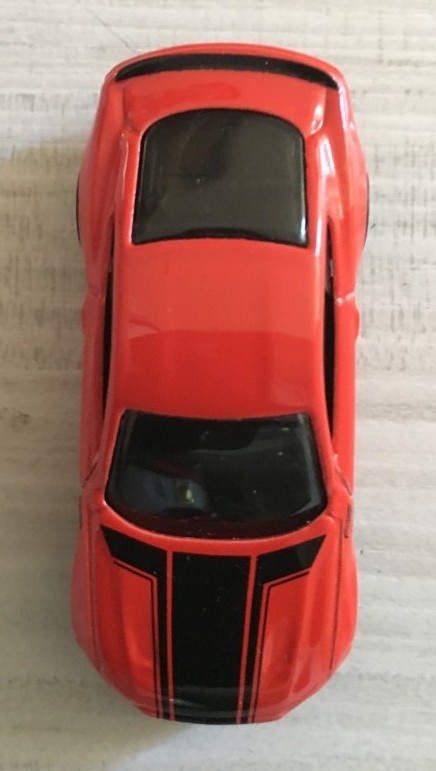 From the side views, hot wheels logos can be seen near the A-pillars. Black stripes decorate the sides like the above real life car. Fuel lid is visible. Wheels are black 10SPB. The front seat can be seen clearly from this angle as there is no window except a small cut of tinted window after the door. 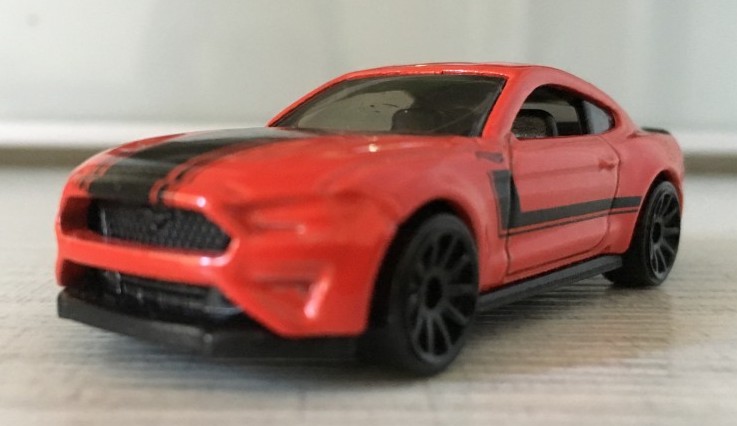 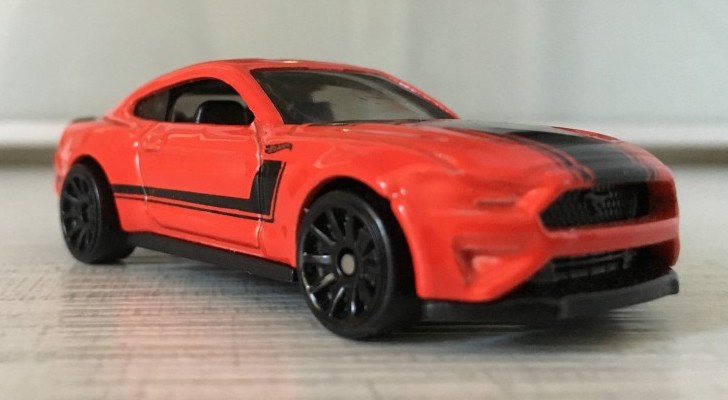 It is hard to capture picture of the black interior through the smoky black tinted windows. Hence, we tried to capture from this angle for your sneak peek into the interior. A better view will be to hold the Hot Wheels and look through the window at any angle to see the interior 😉 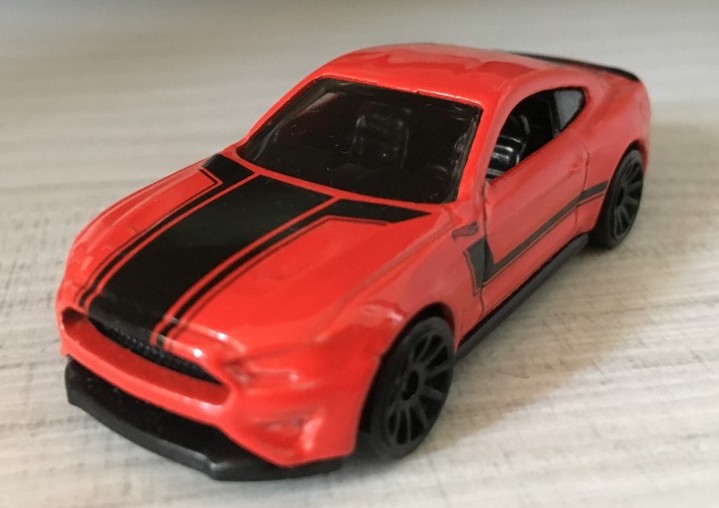 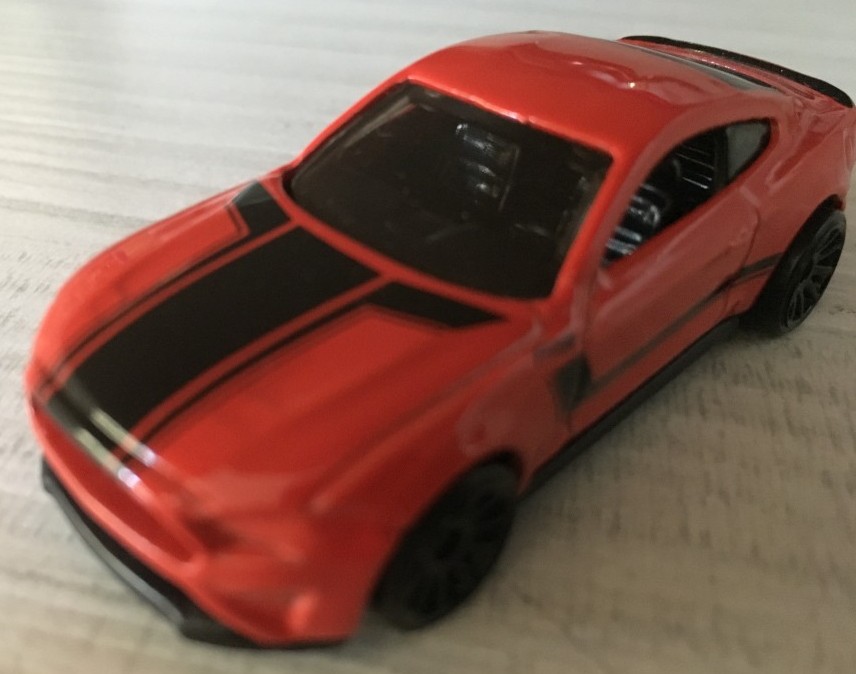 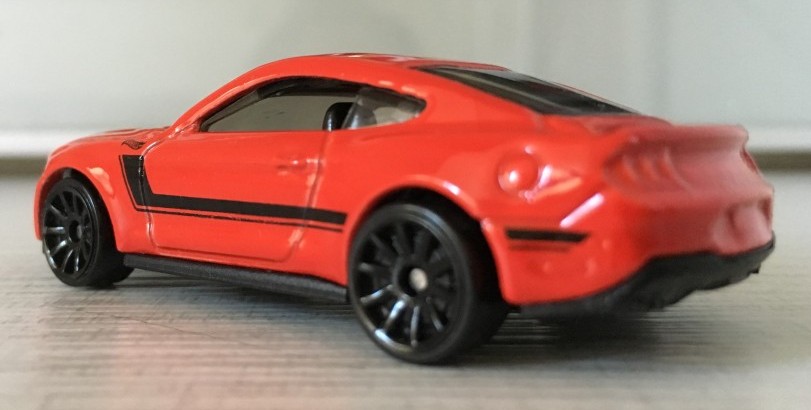 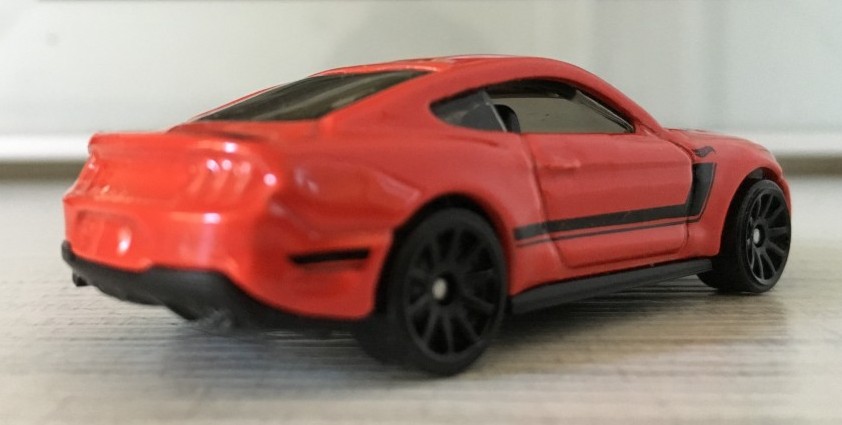 A peek into the front seat if you can 😉 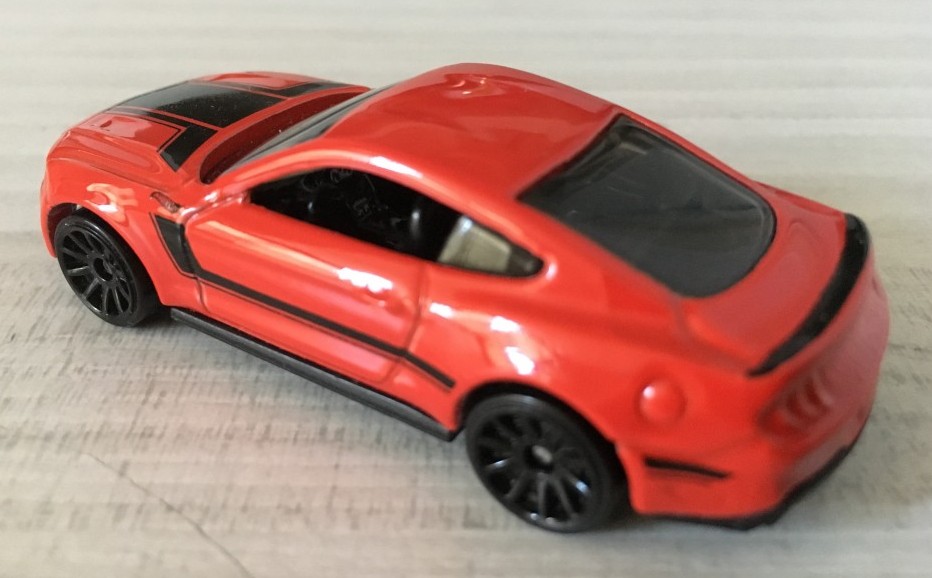 The rear has no detailed taillights. No tampo on the number plate as well. 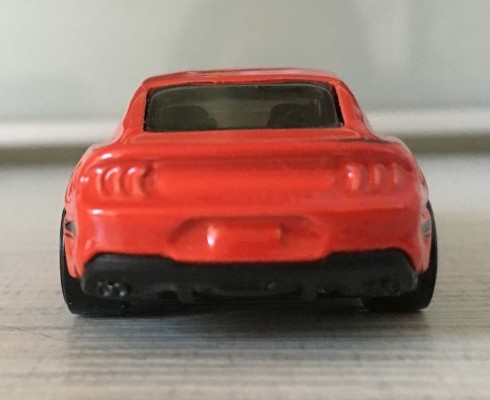 The base is made of plastic in black color. It is “Made in Malaysia”. 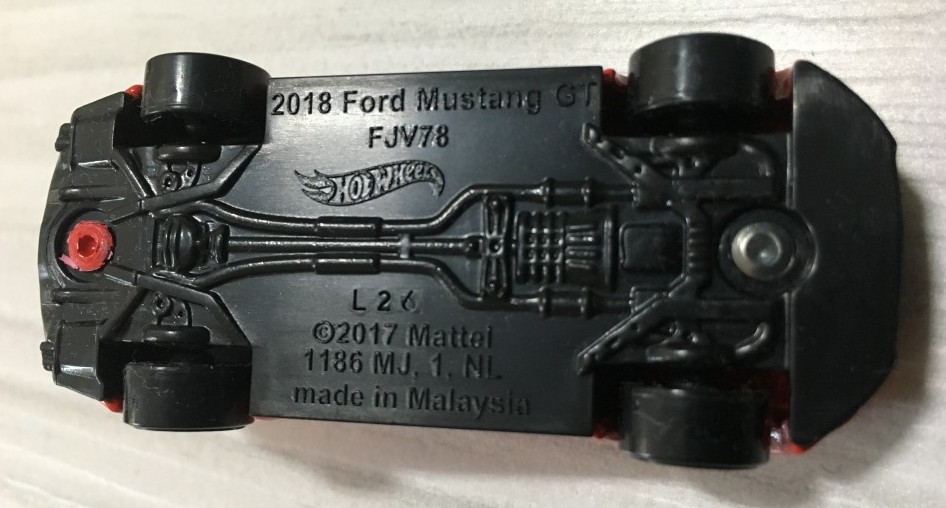 Now that the photo is ready for the red envelope….with the Hot Wheels in there… wrapped with a little ribbon….and finally, ready to go and put a smile on my Mustang friend’s face. Can’t wait! 🙂 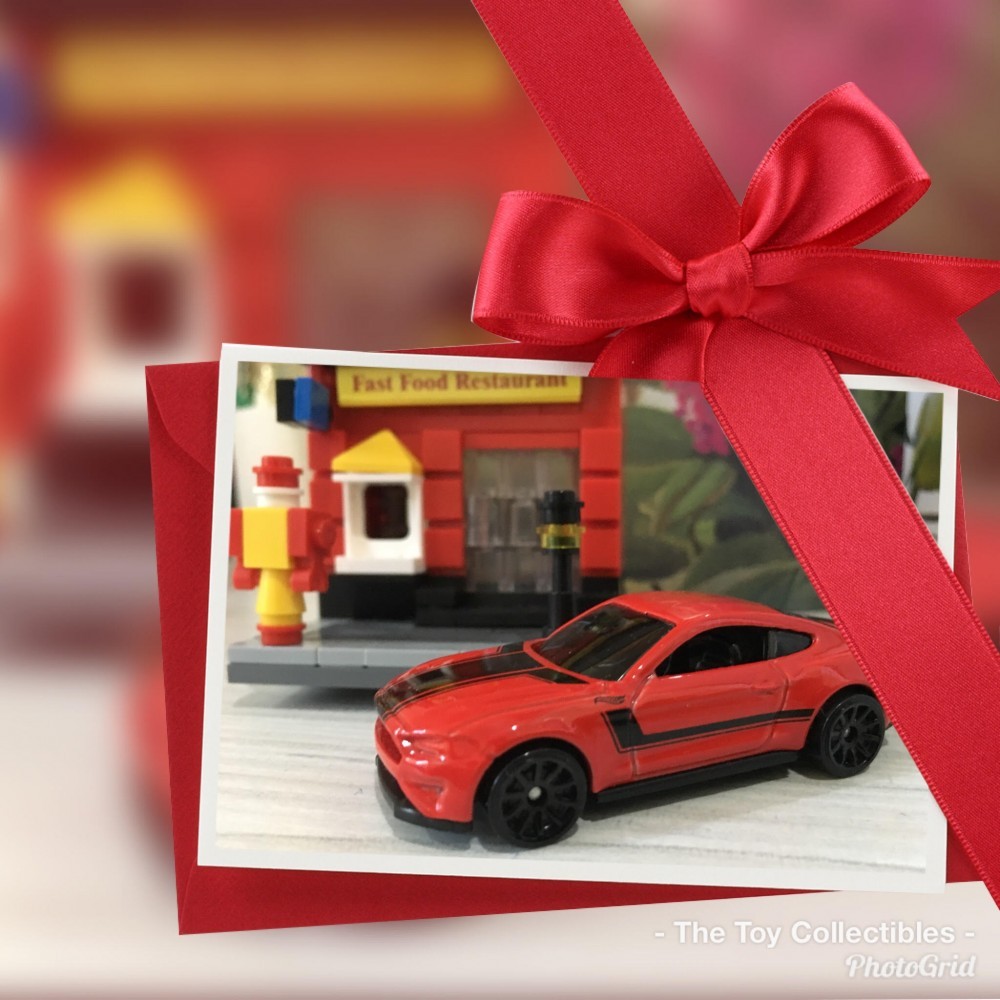