Holiday Hot Rods is a series of HW exclusive diecast models in celebration of holiday season. 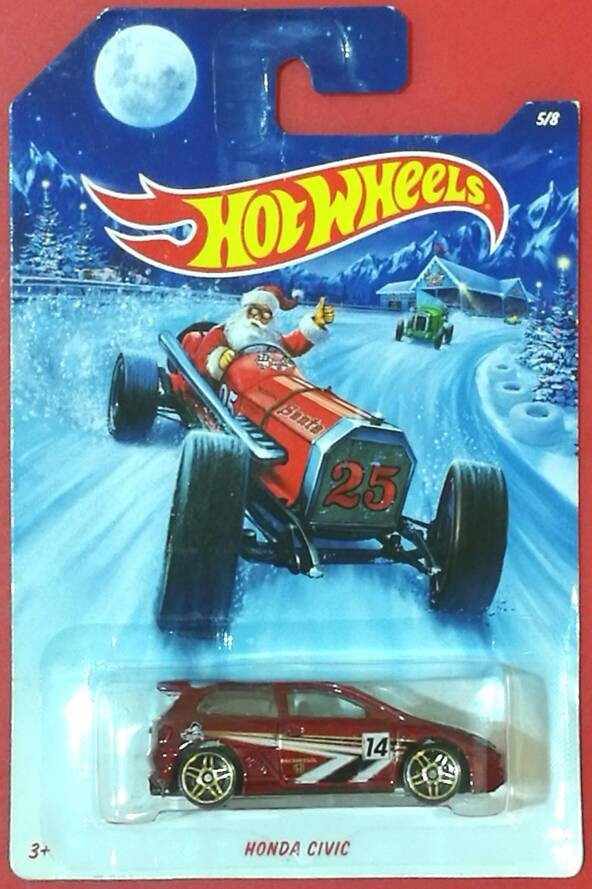 We were lucky to buy this last unit of Holiday Hot Rods series, a Honda Civic (EP3) at a local store in 2014. For those who are unaware, the real EP3 is the first Civic Type R hatchback manufactured in UK. 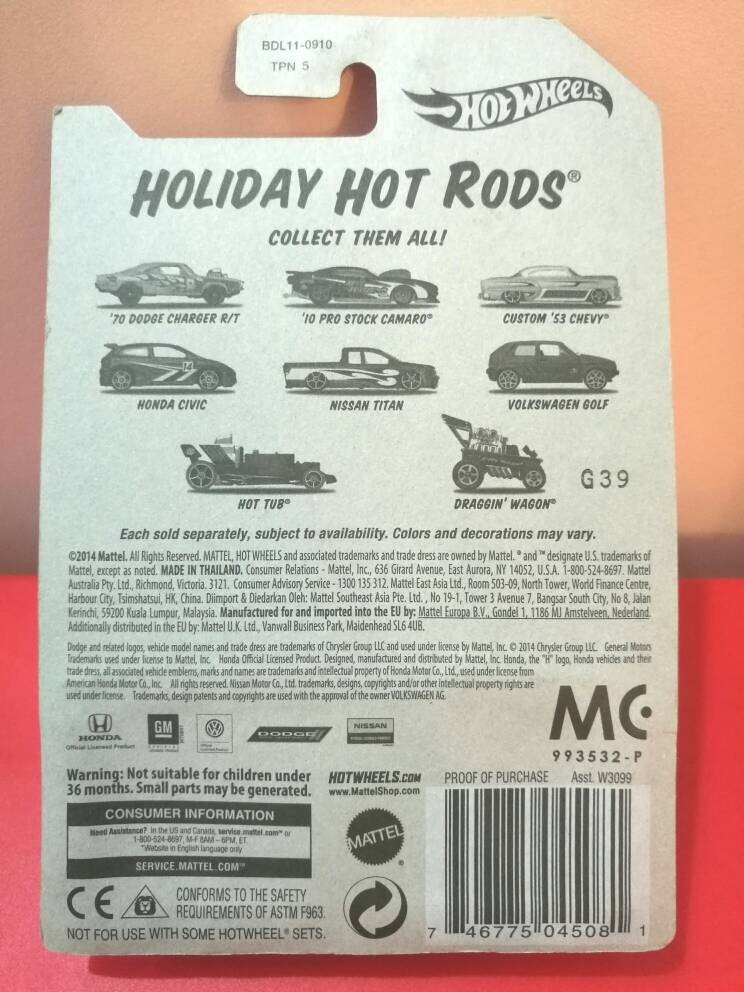 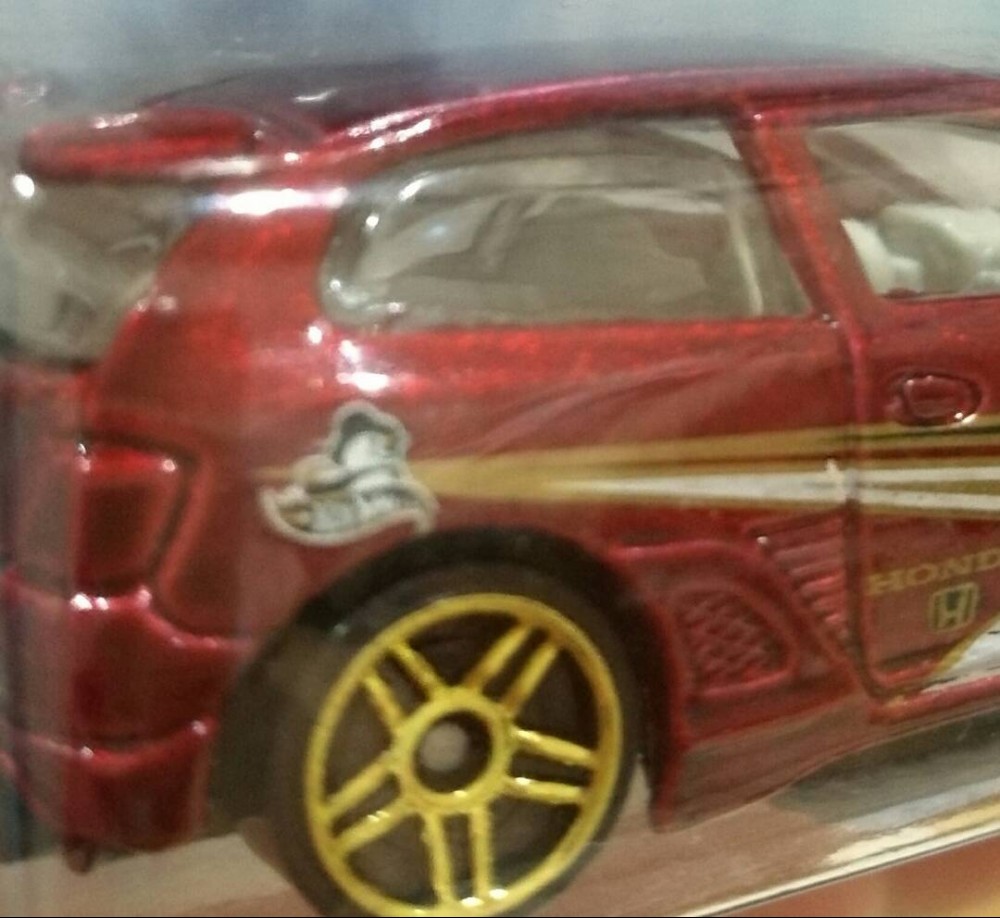 We have been keeping this carded EP3 in store for years. It is only recently that we realized the rear plastic windows are a bit misaligned from factory production in Thailand. 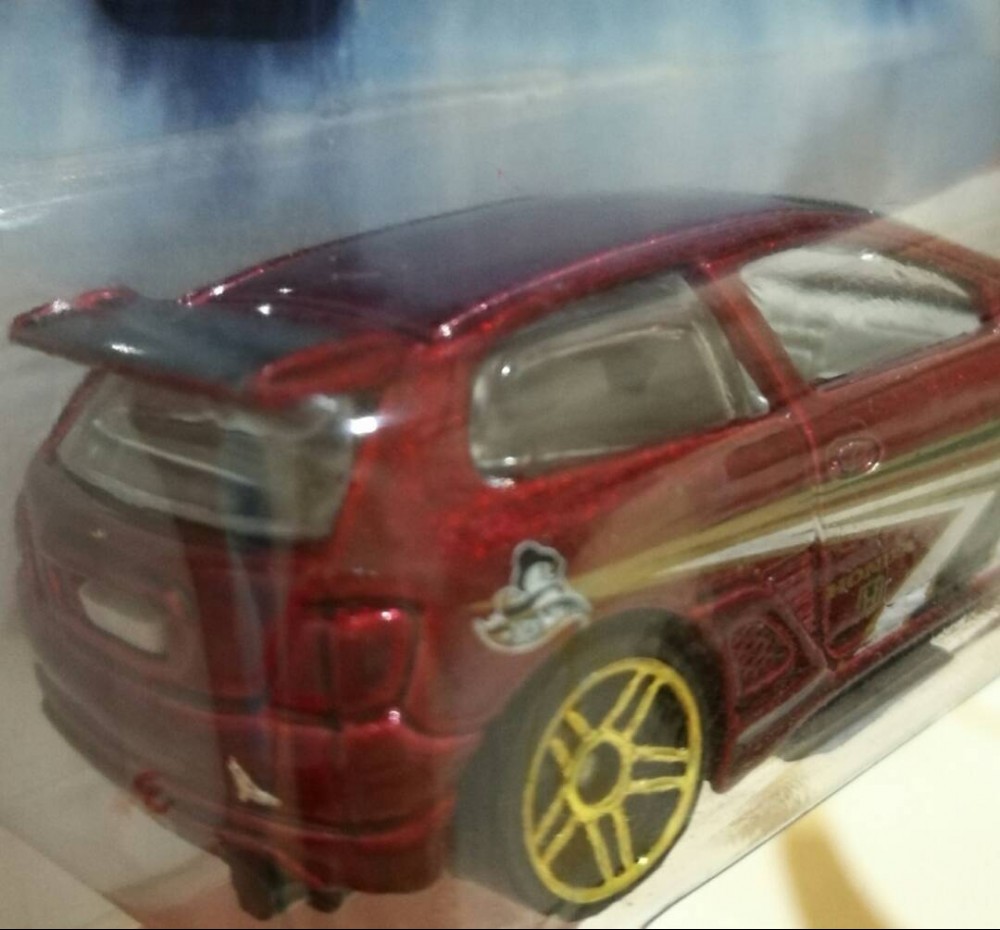 Here is another look from the unopened blister card. 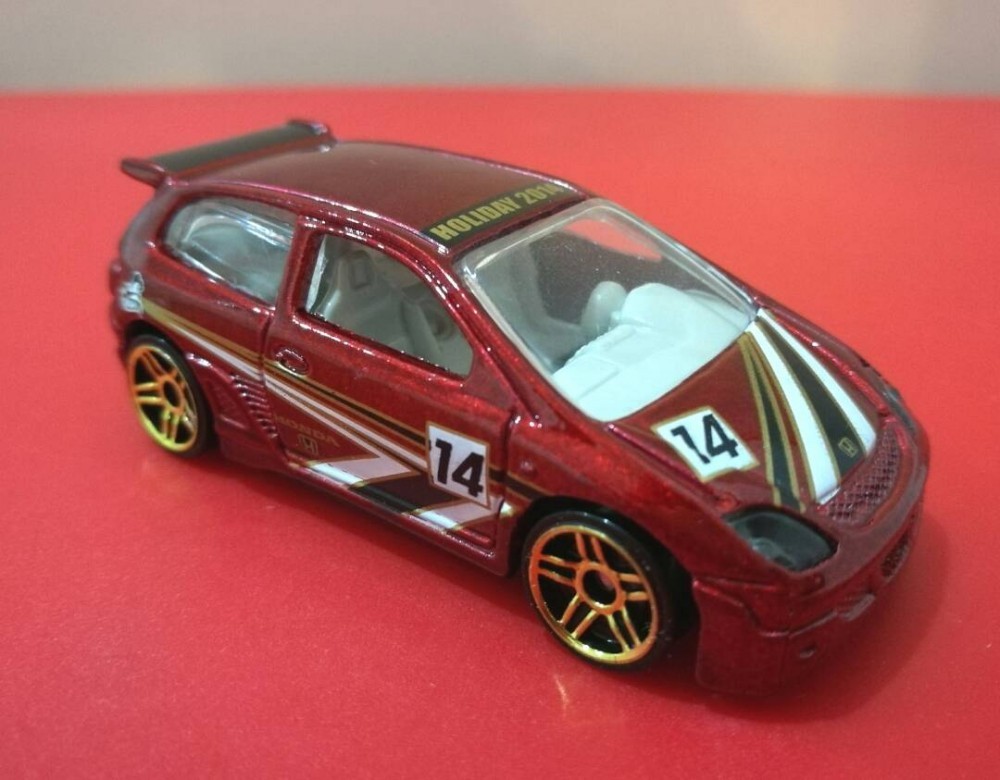 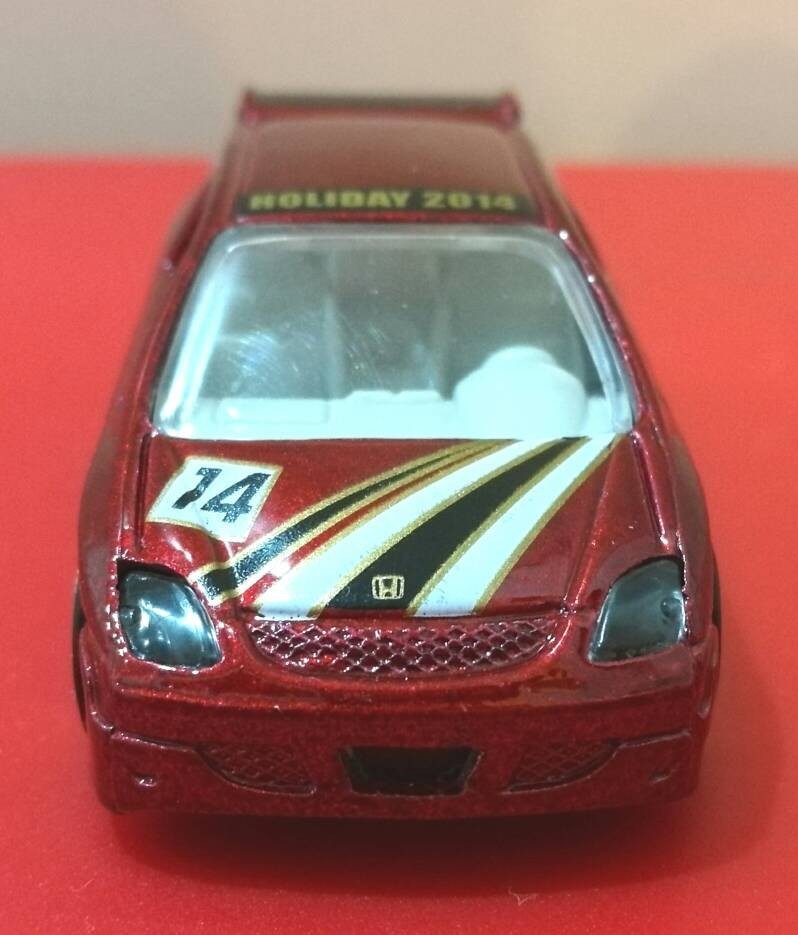 Front view with ‘No. 14’ tampo and white, black & gold stripes on the hood. The real car on the road has a legendary rev screaming K20 DOHC i-VTEC inside. 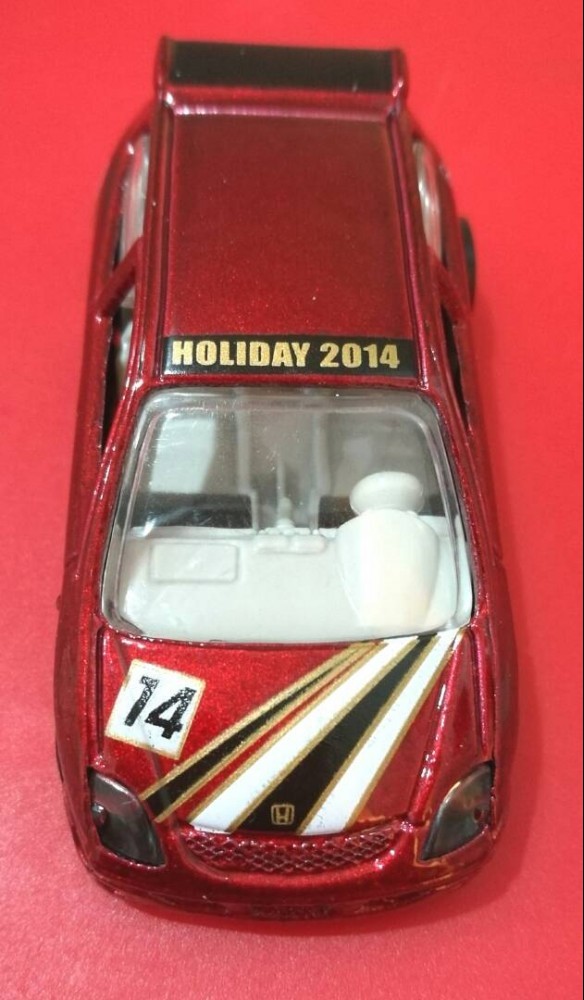 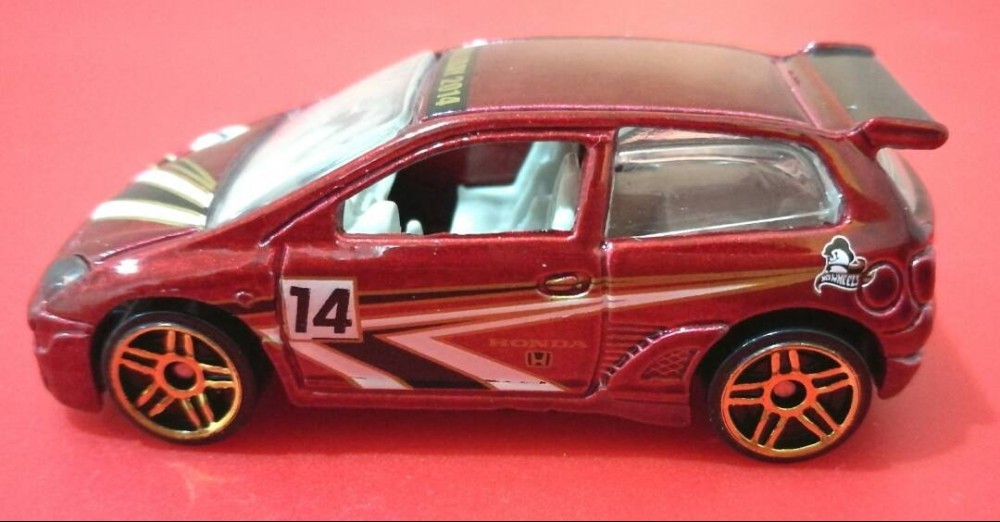 Side view with the 5-spoke gold rims and side tampos. Look at the misaligned rear plastic windows. Hot Wheels has only released 4 versions of the EP3 before this model. 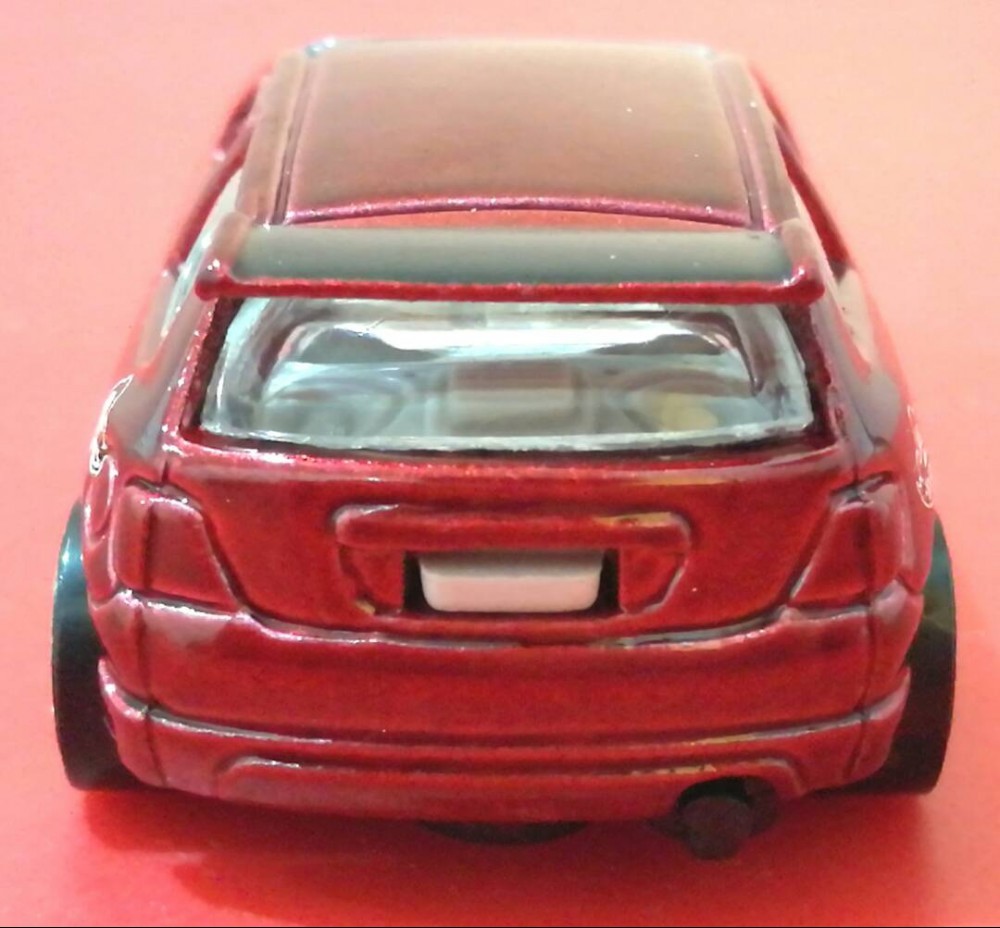 Rear sexy butt view. The rear light clusters should have been factory painted for a nicer touch. 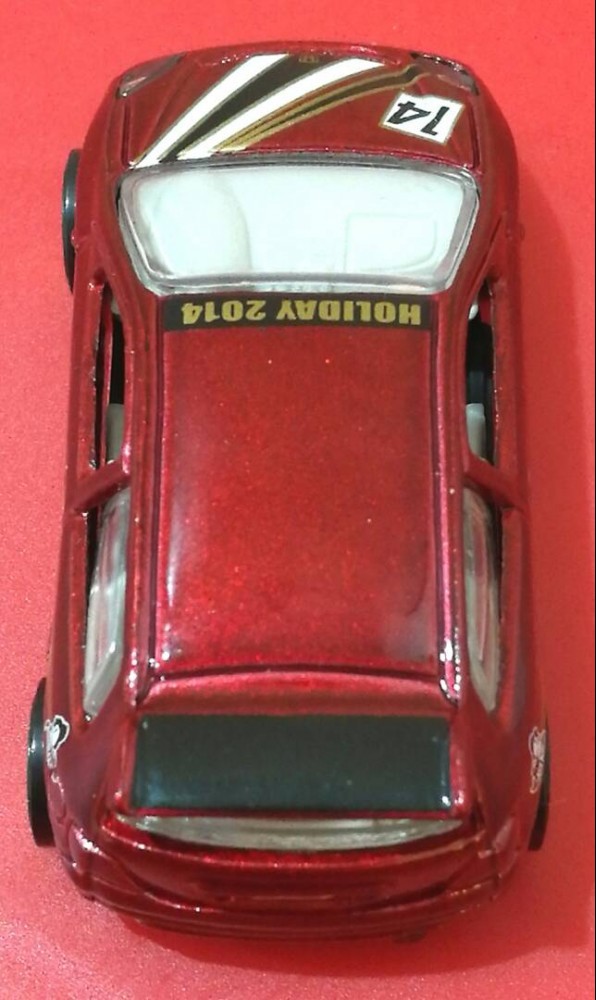 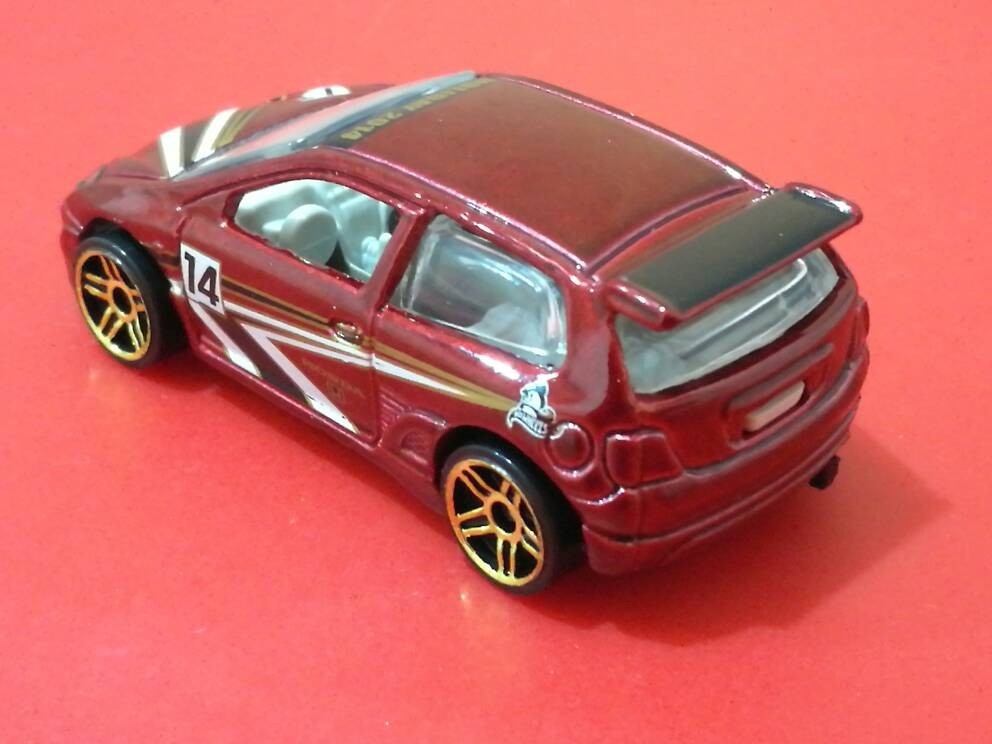 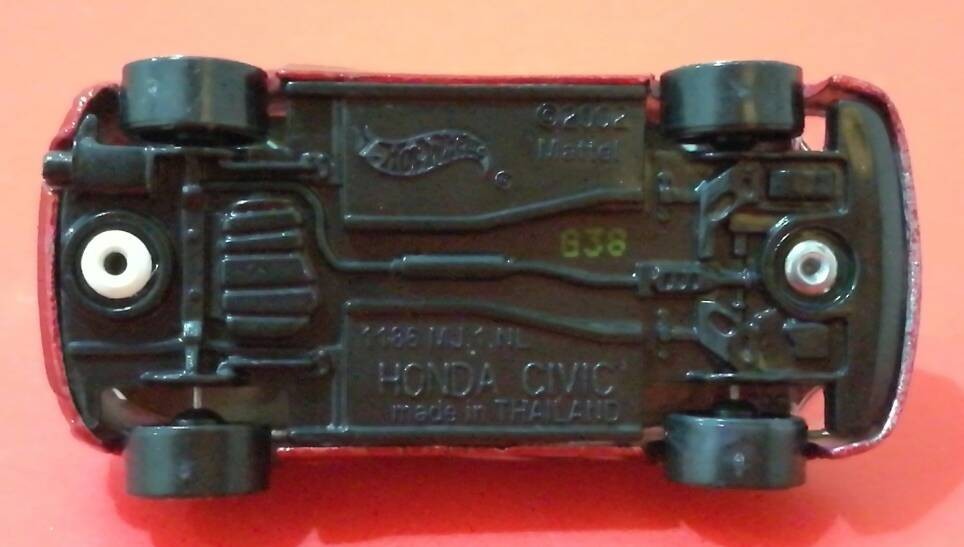 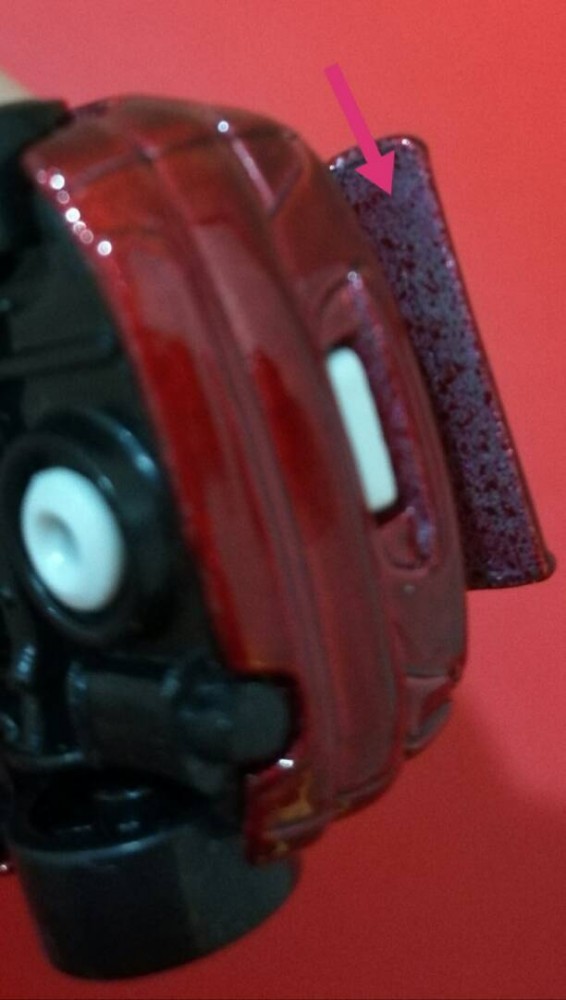 OMG! A closer look reveals a poor paint spraying at the bottom side of the rear roof spoiler … 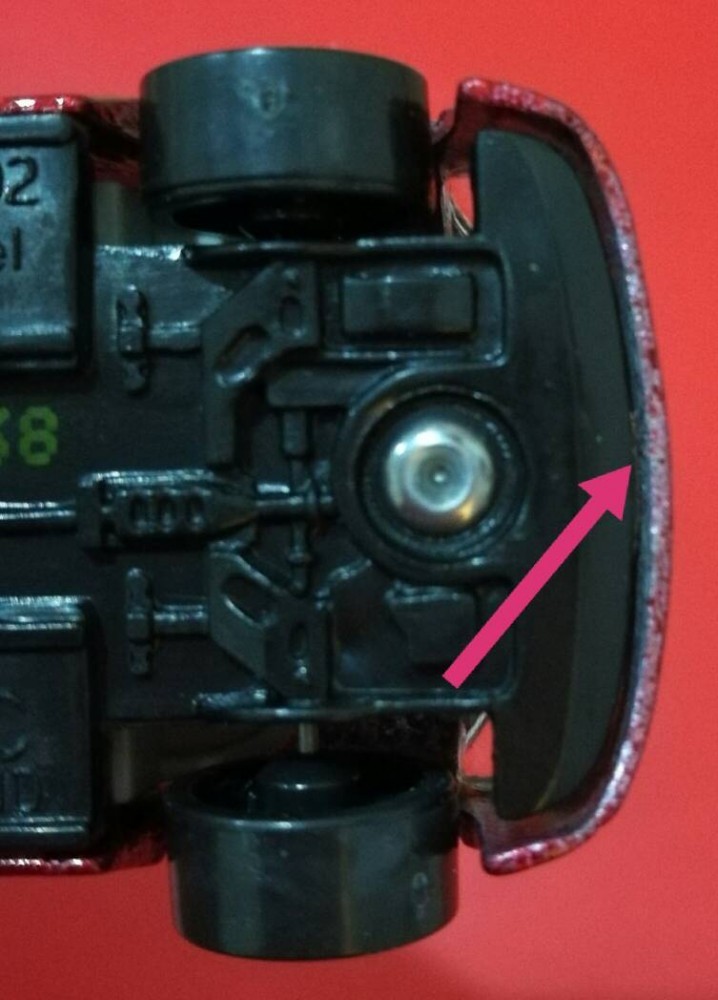 Sadly, the 70th Anniversary Honda Series did not have this EP3 as part of the pack. We do hope Hot Wheels will release more EP3 versions in the future.