If you have followed us, we have so far featured the purple, blue and green color variants for Hot Wheels 2006 Honda Civic Si.

You can still check them out here if you have missed them previously:

The Honda logo can be seen within the casting without detailed color similar to the ones we have featured previously. Through the amber tinted windows and sunroof, gold chrome interiors are visible. Vented hood and untampoed headlights is seen here too. We would love to see them detailed with colors. Hopefully Hot Wheels hears us 😉 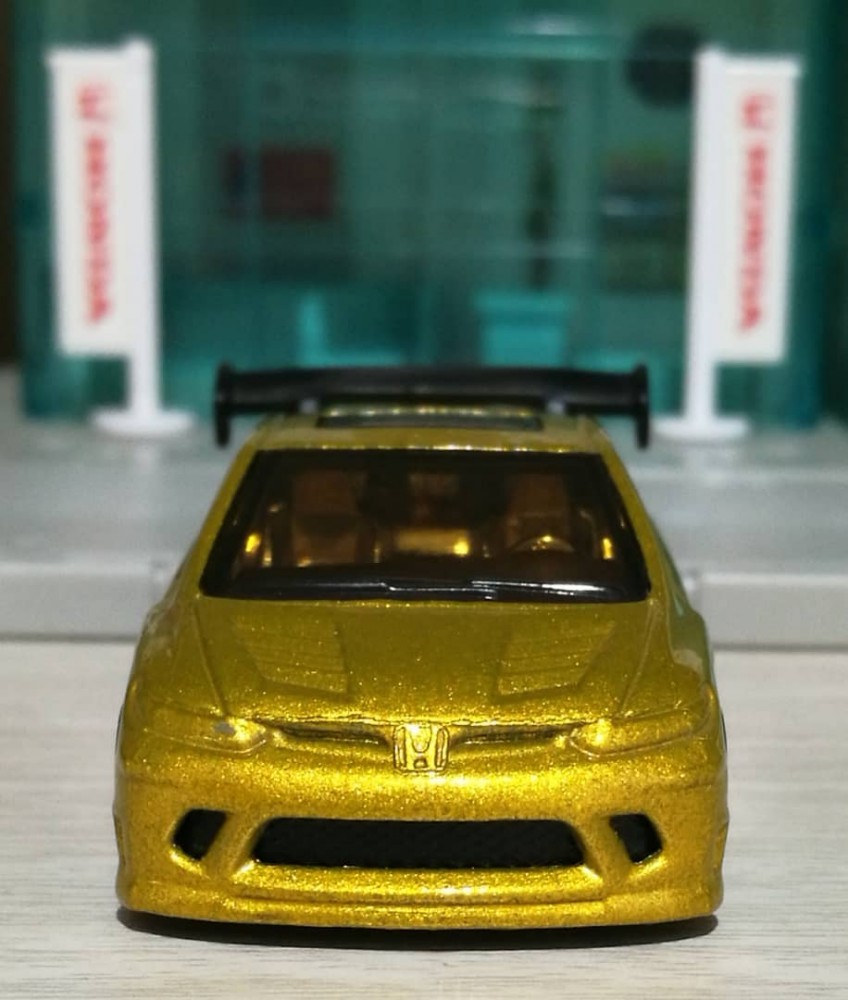 A closer look into the interiors whereby the gold chrome makes them shine even through the amber tinted windscreen. 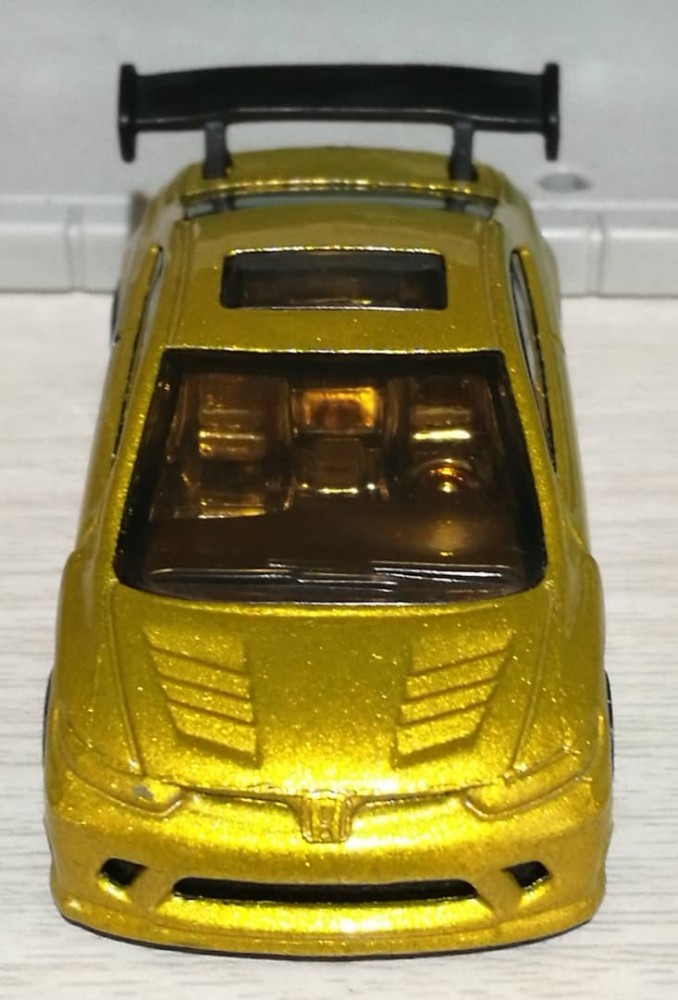 The dashboard and steering wheel outlines is even more magnified here. 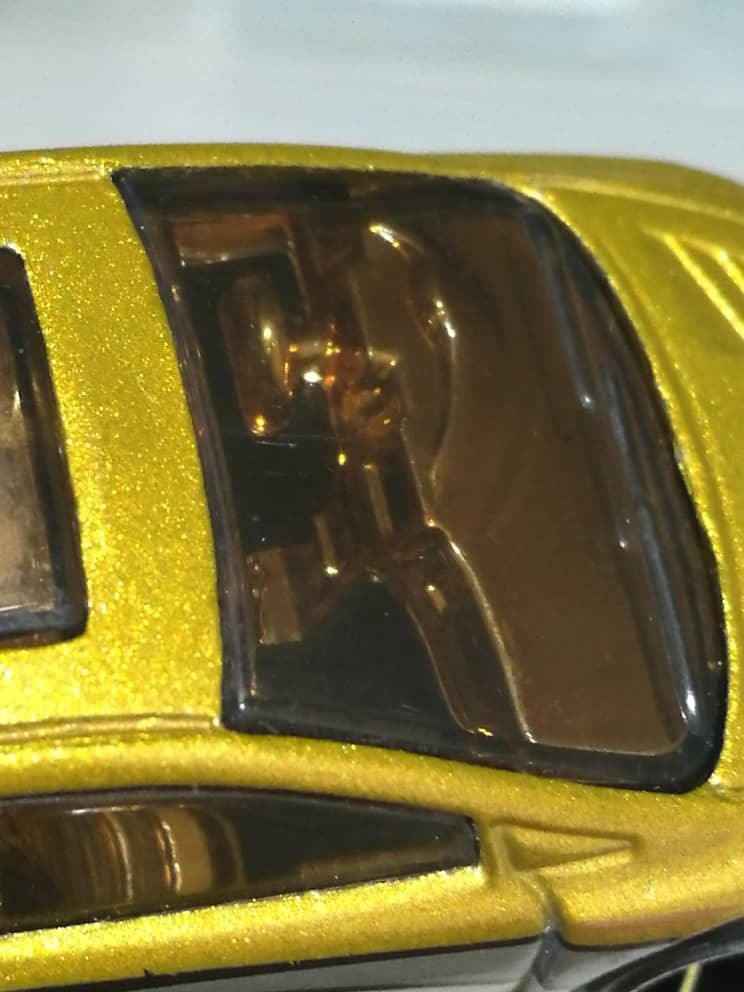 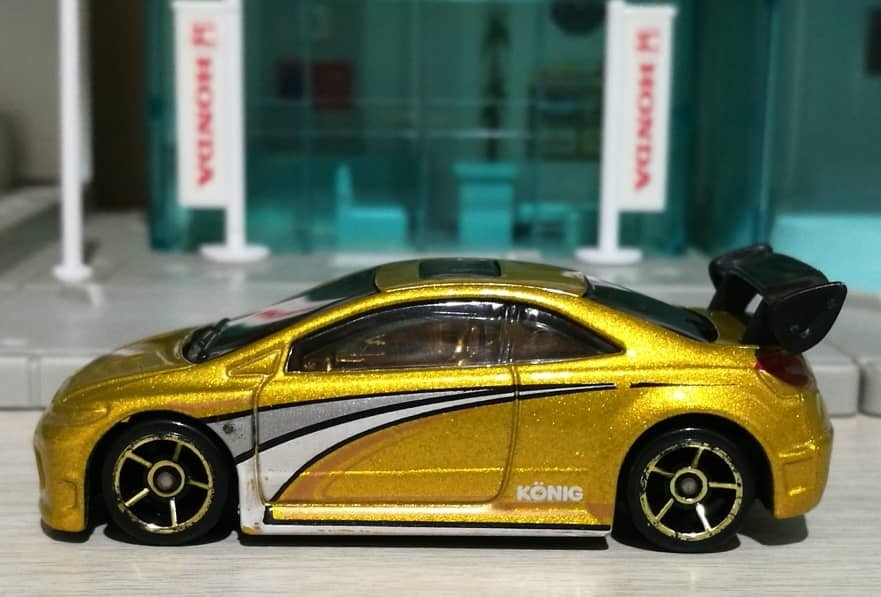 It has an oversize rear wing similar to the ones in Heat Fleet and First Editions. The wheels are black OH5 with gold chrome rims which is matching with the metallic gold body. 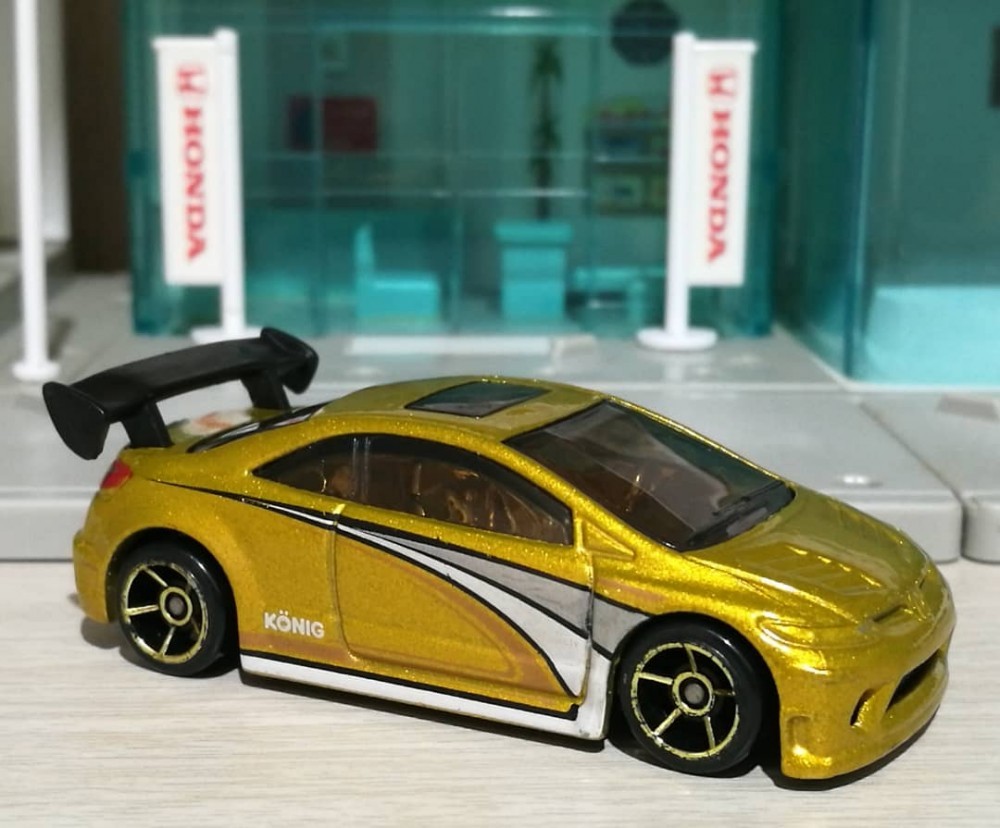 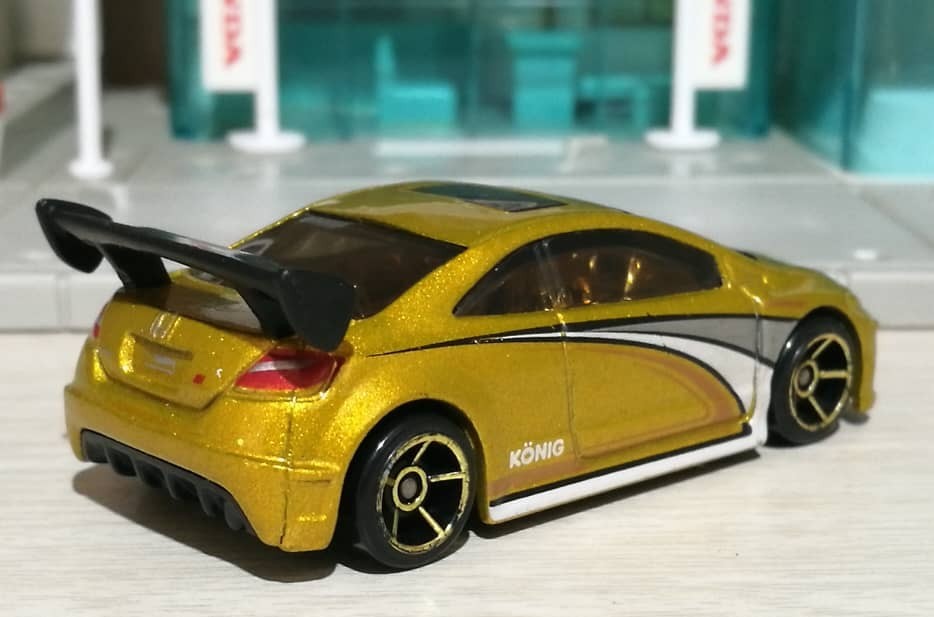 The rear bumper with lower diffusers can be seen here. Silver and red taillights as well as the number plate are detailed here like the green HW 2006 Honda Civic Si released in First Editions. Red ‘Si’ and ‘Hot Wheels’ tampos can be seen at the rear license plate. 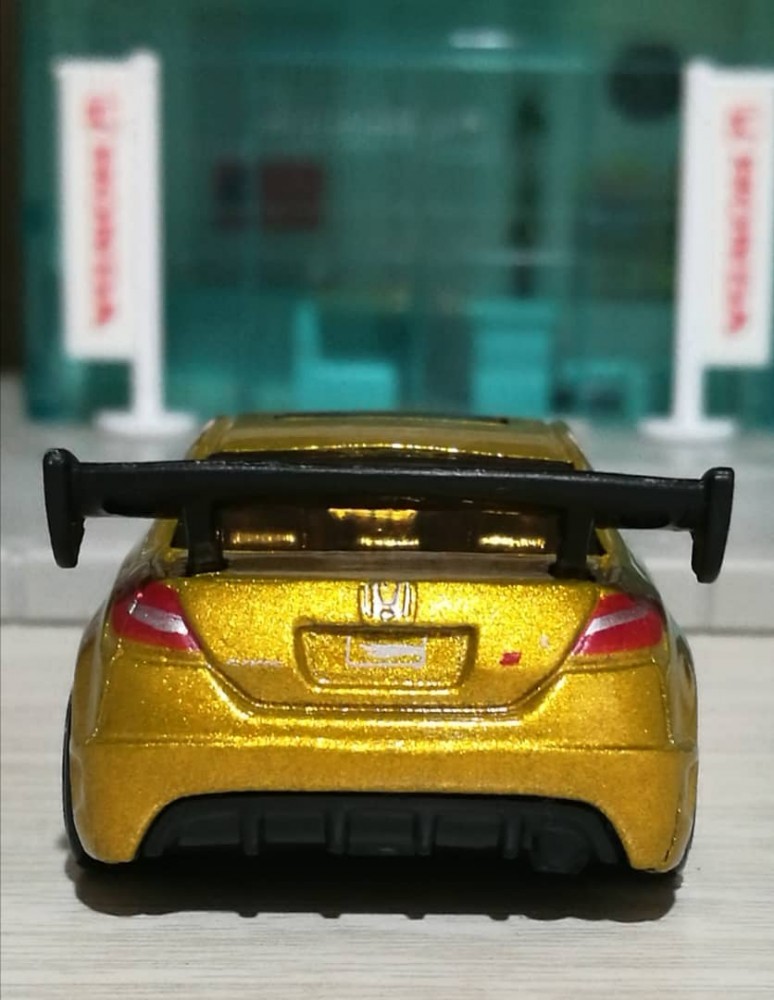 Gold chrome interiors are obvious from the rear view as well. 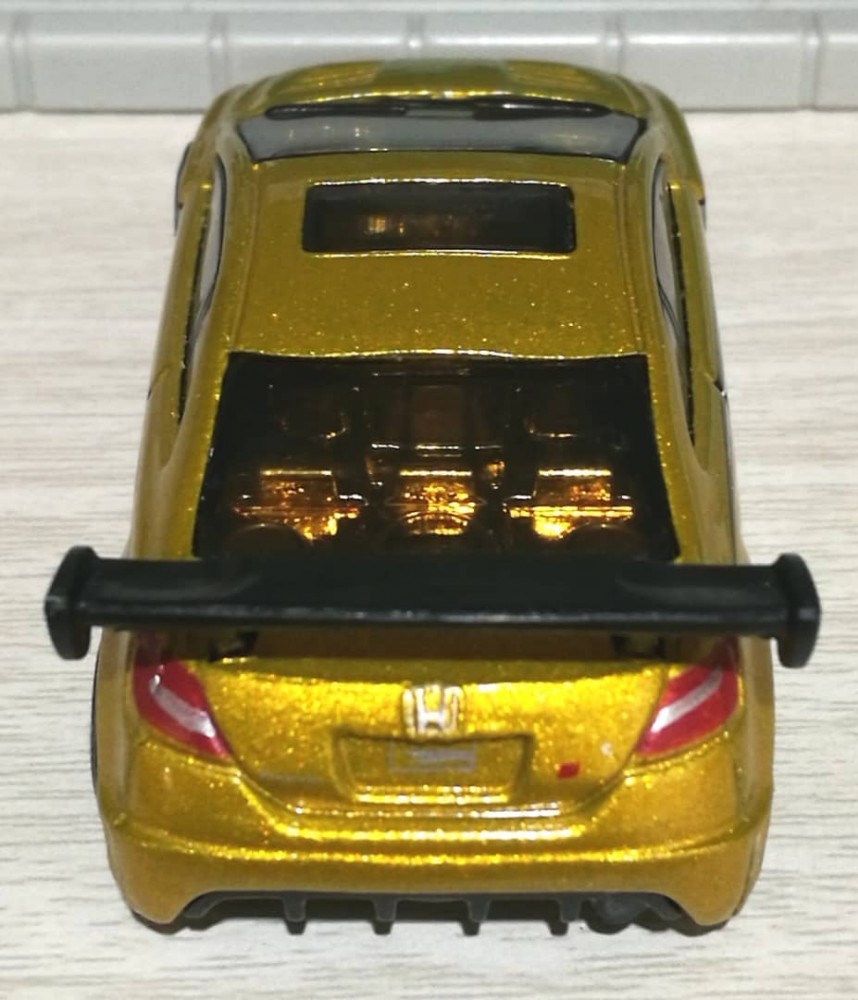 Details of the rear subwoofers are amazingly crafted here. 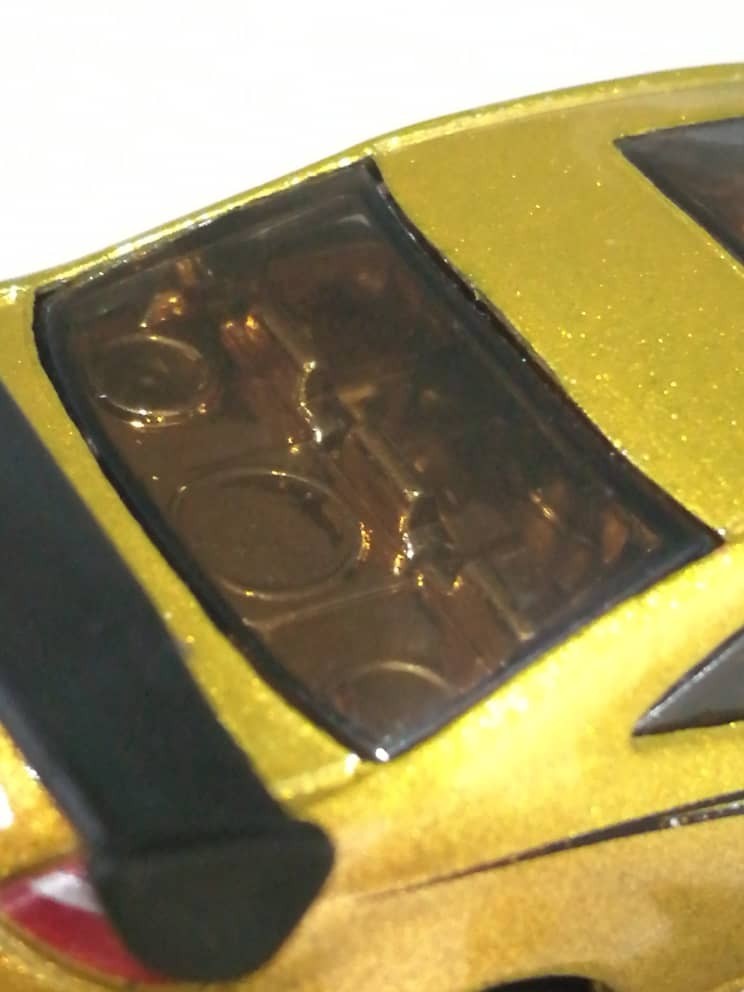 The base is black plastic and is ‘Made in Malaysia’. 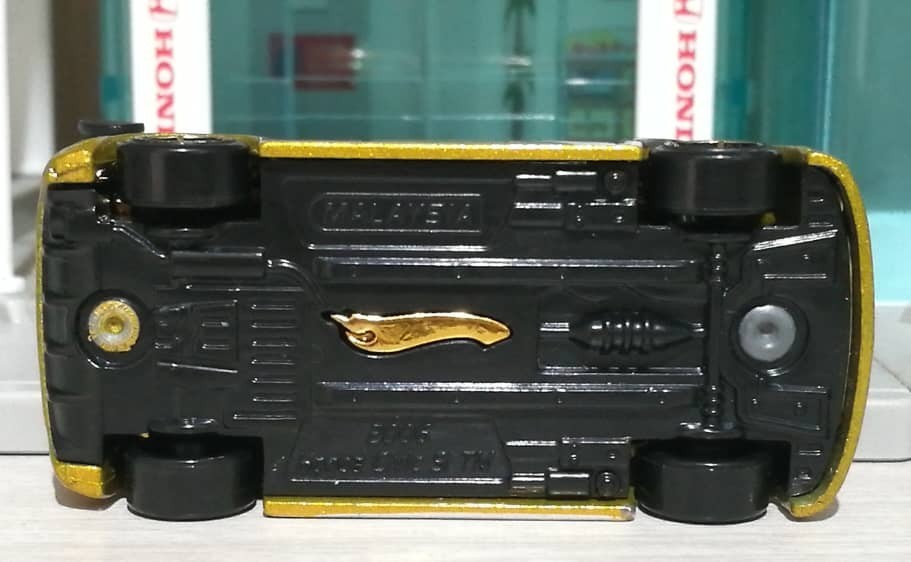 Hope you have fun viewing this metallic gold 2008 All Stars version of the Hot Wheels Honda Civic Si collection.

We have so far featured three versions of the Hot Wheels Honda Civic Si. We would love to hear from you which one of these is your favorite or if you have any others you would like to share with us. Let us know in the comments below.