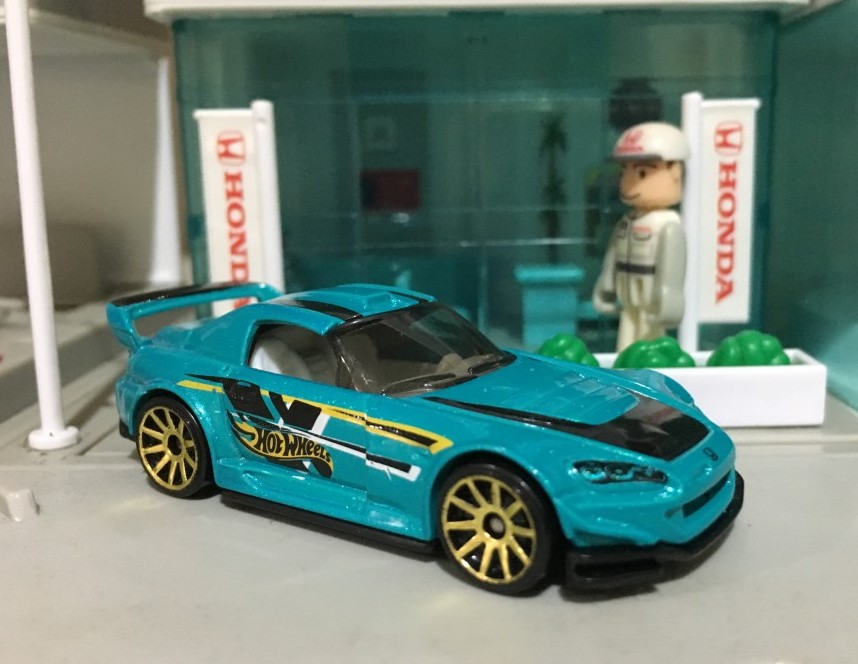 The front has tampo Honda emblem and detailed headlights. The lower bumper bodykit accentuates the smiley face of the car together with the beautiful “eyes” from the headlights. 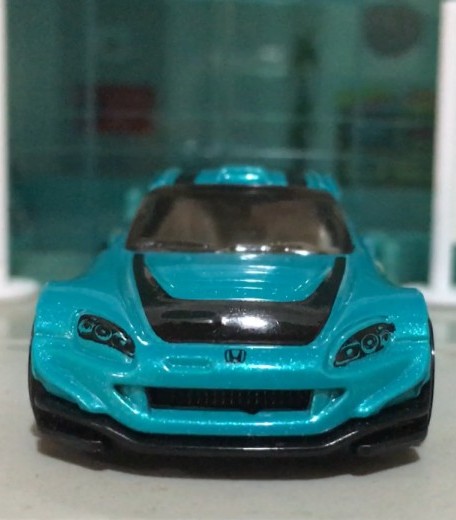 White interior is a nice contrast to the exterior color. The black stripes makes the car looks even more classy. 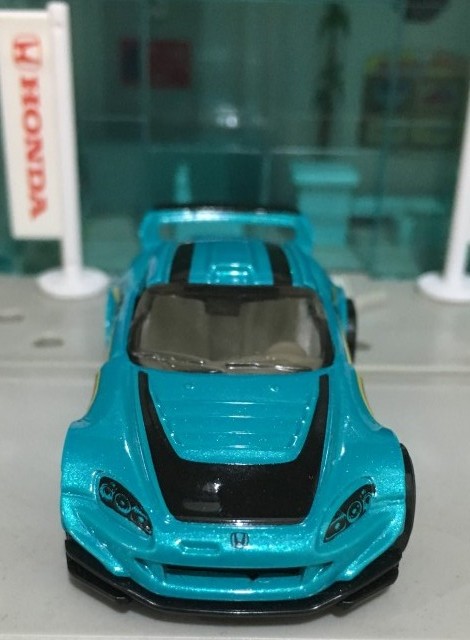 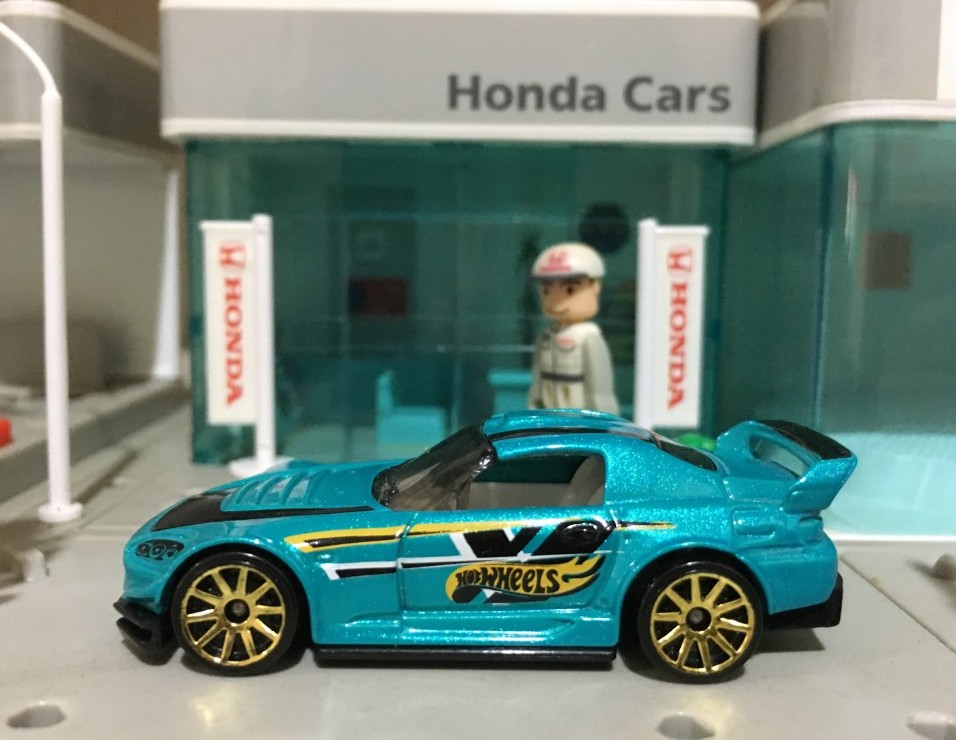 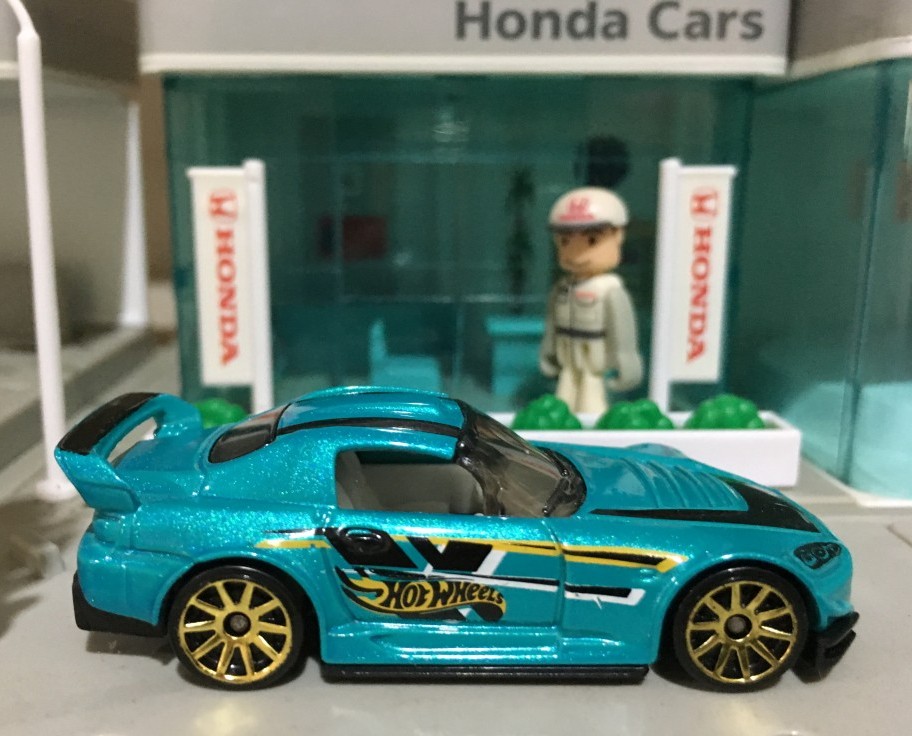 No tampo taillights or emblem at the back. Visible here is the rear spoiler and rear lower diffuser with twin exhaust outlets. 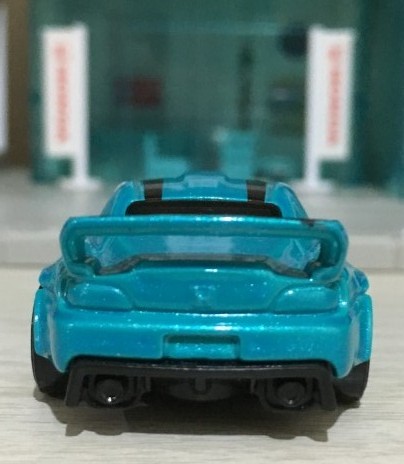 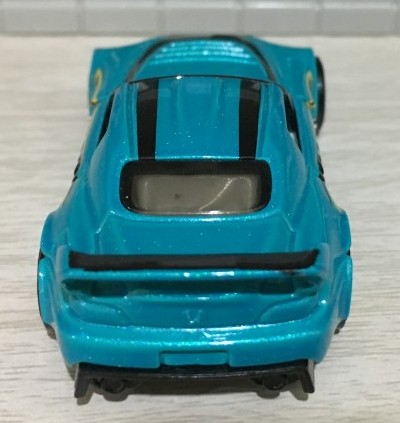 Stunning rear view with the rear diffusers and rear mufflers show the aggressiveness and aerodynamics of the machine for super fast speed. 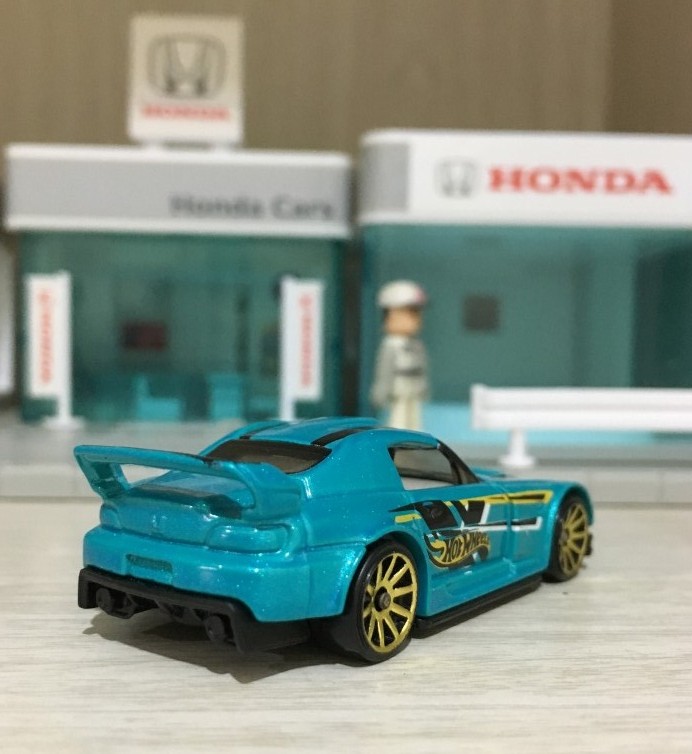 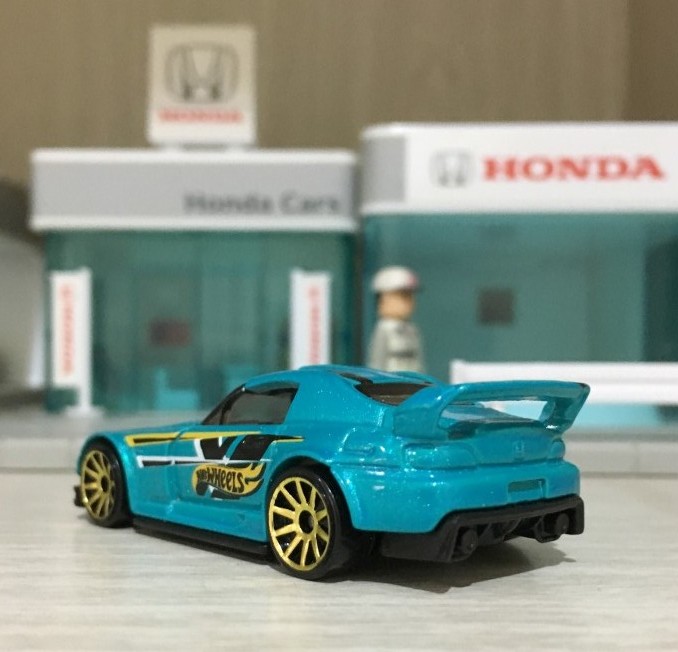 Base is black plastic and ‘Made in Malaysia’. Front engine sump, diff, axles, linkages and twin mufflers can be seen here. 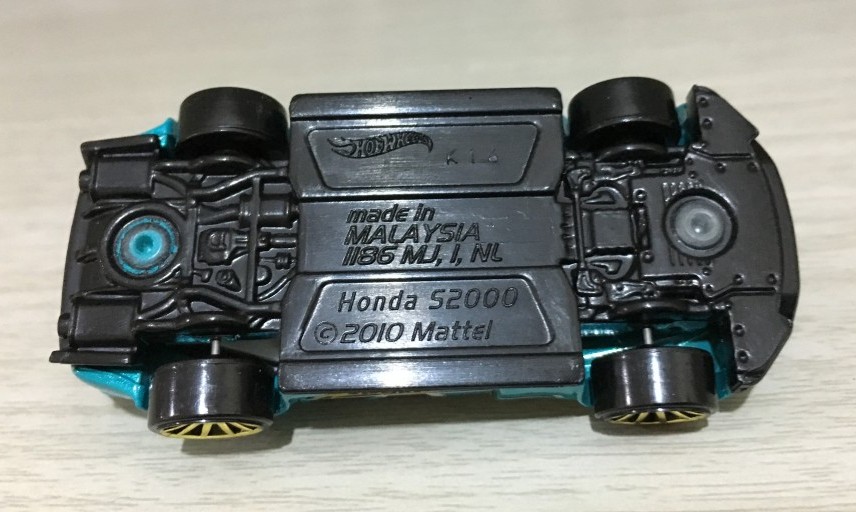 Among the Hot Wheels S2000 produced by Hot Wheels, the metalflake aqua with the gold chrome wheels is among the coolest ever produced. Anyone who drives it on the road would feel as cool as the color speaks for itself.