The front is un-tampo. It has left headlight duct to feed cooler air for the intakes which are placed right behind the left headlight area. The front aggressive bumper styling has a big center opening and twin air ducts to feed air for the center mount intercooler. The side bumper ducts channel air to the engine oil and transmission coolers. 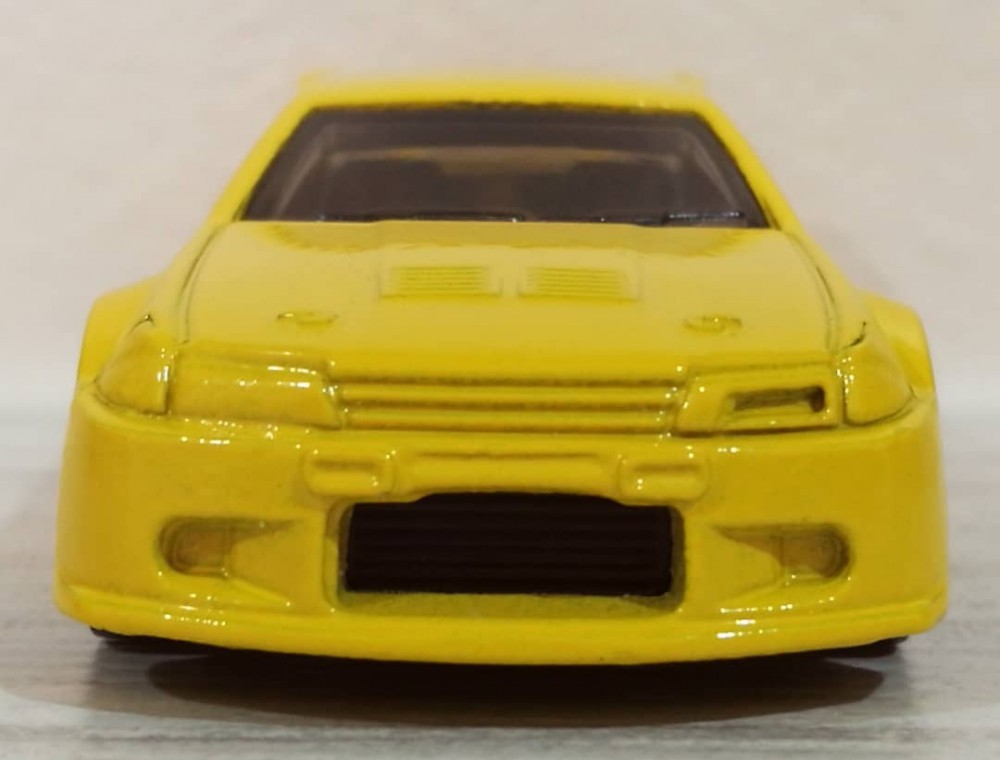 Beneath the center mount hood vents with safety hood pins hide the monstrous inline six twin turbos RB26DETT motor. The windscreen and windows are black tinted. There is no detailed tampo of the headlights. 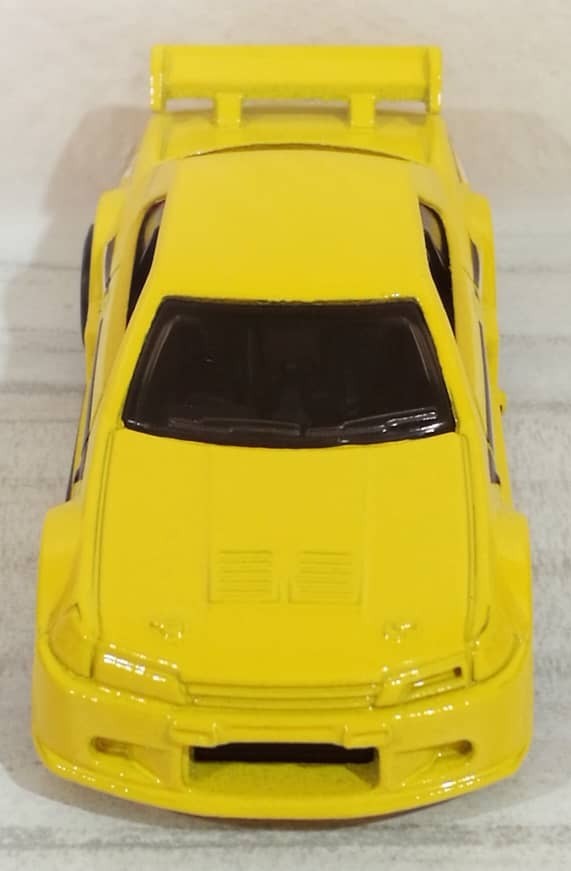 It has a wide bodykit with big wheel arches matched to wider front and rear bumpers. Wheels are gray PR5 from Hot Wheels. 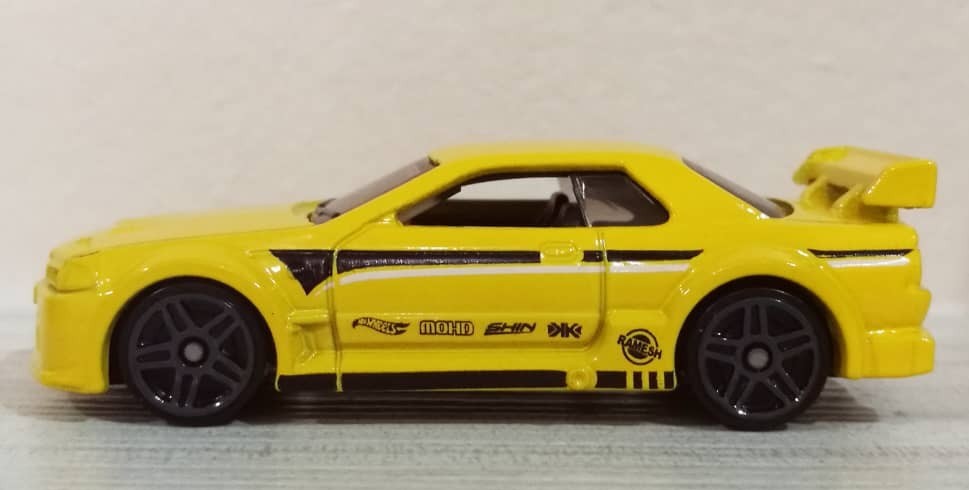 Black tampo graphics of faux sponsors’ logos and black/white stripes decorate the sides of this Hot Wheels Skyline. There is a black Hot Wheels tampo too. 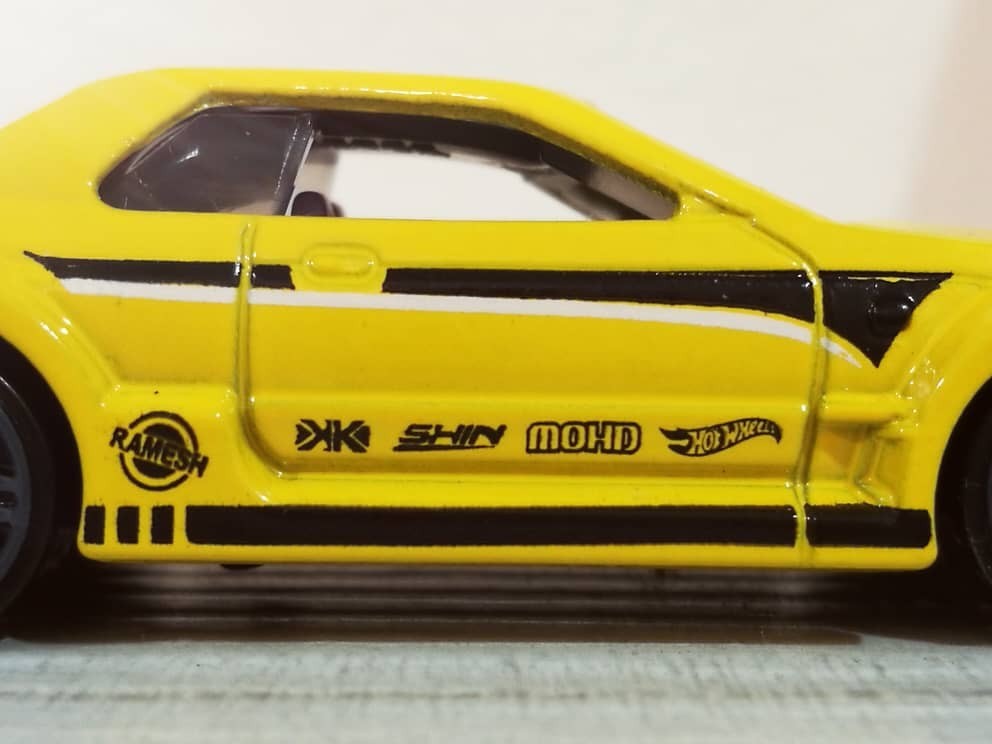 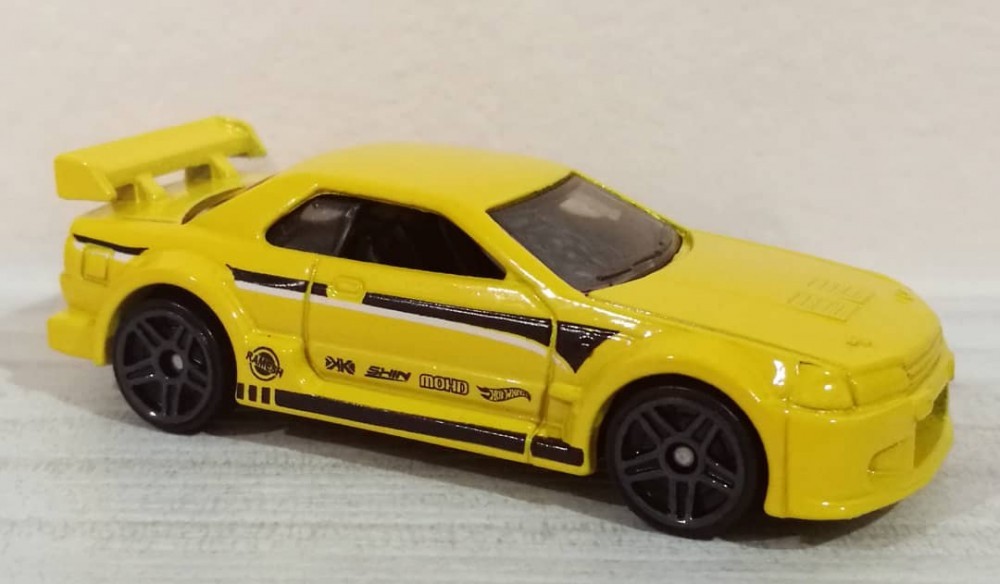 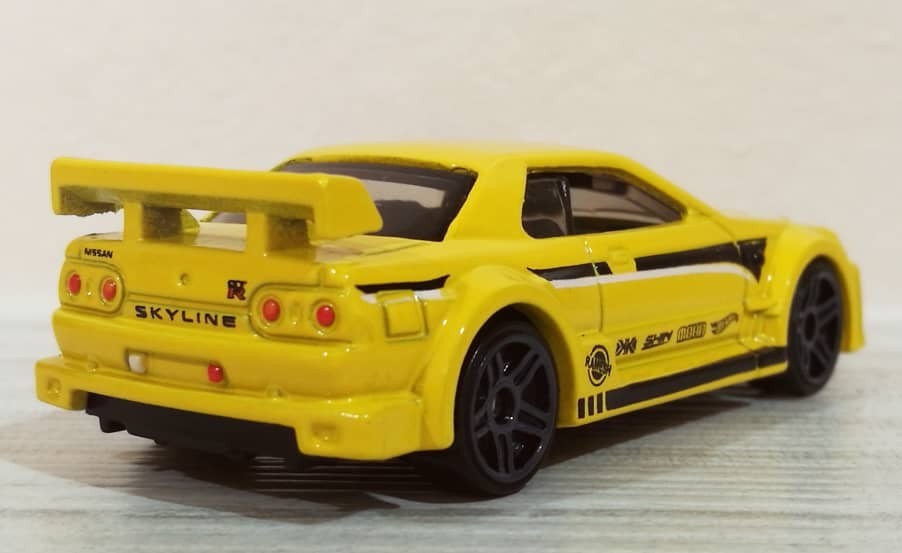 This is the first Hot Wheels Skyline with metal rear spoiler casting. Tampos of distinctive four round taillights, small rear reverse and fog lamp, and ‘Nissan’ and ‘GTR’ badges adorn the rear of the car which is totally neat. The ‘Skyline’ tampo fills up the license plate space perfectly. 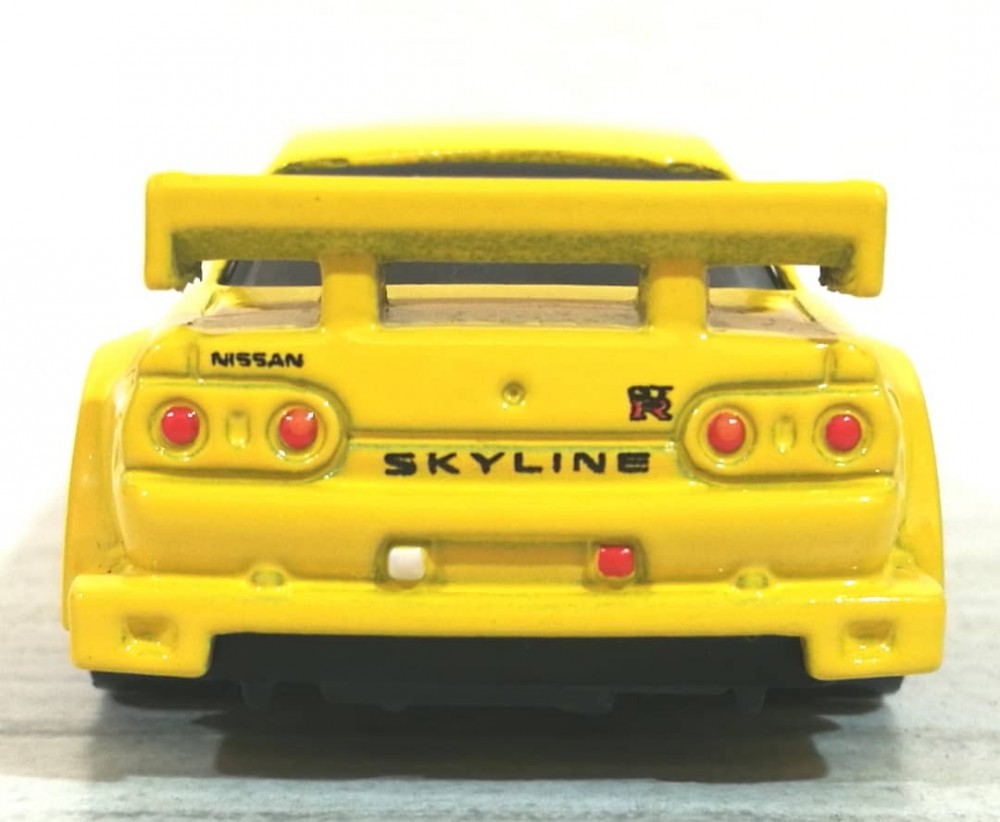 The tampos made the rear look real cool from this aerial view. Tinted windows seems totally black from here. 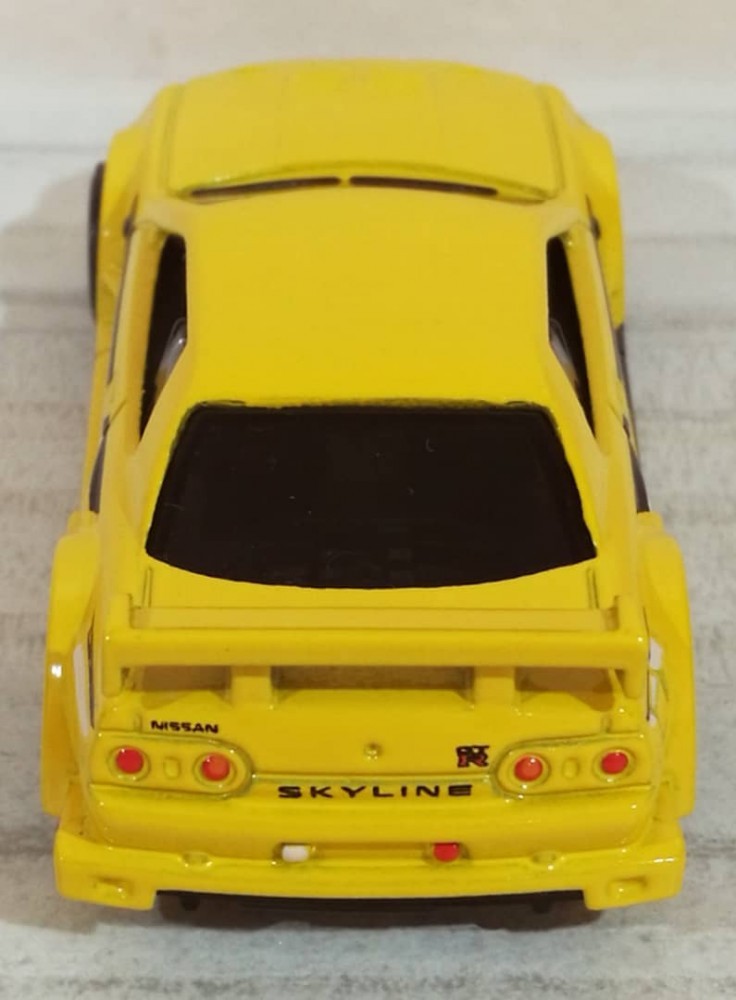 The base is made of plastic in black color. Visible here is the outline of the ATTESA E-TS AWD system. This Hot Wheels is “Made in Thailand”. 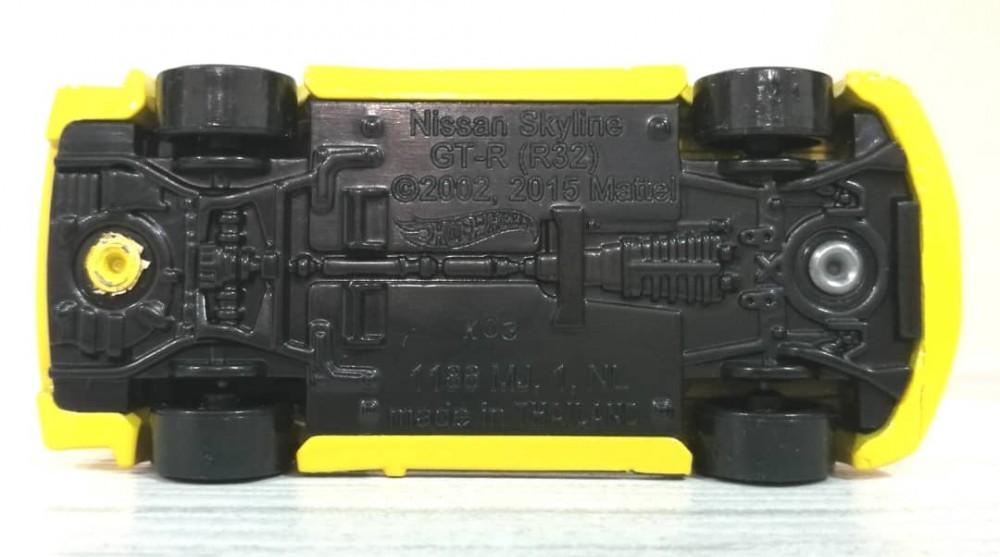 Hope you have a fun time with this Hot Wheels Nissan Skyline GTR (R32)!