We are going to share with you here the DX Gamer Driver Belt. It comes with one pink Gashat. 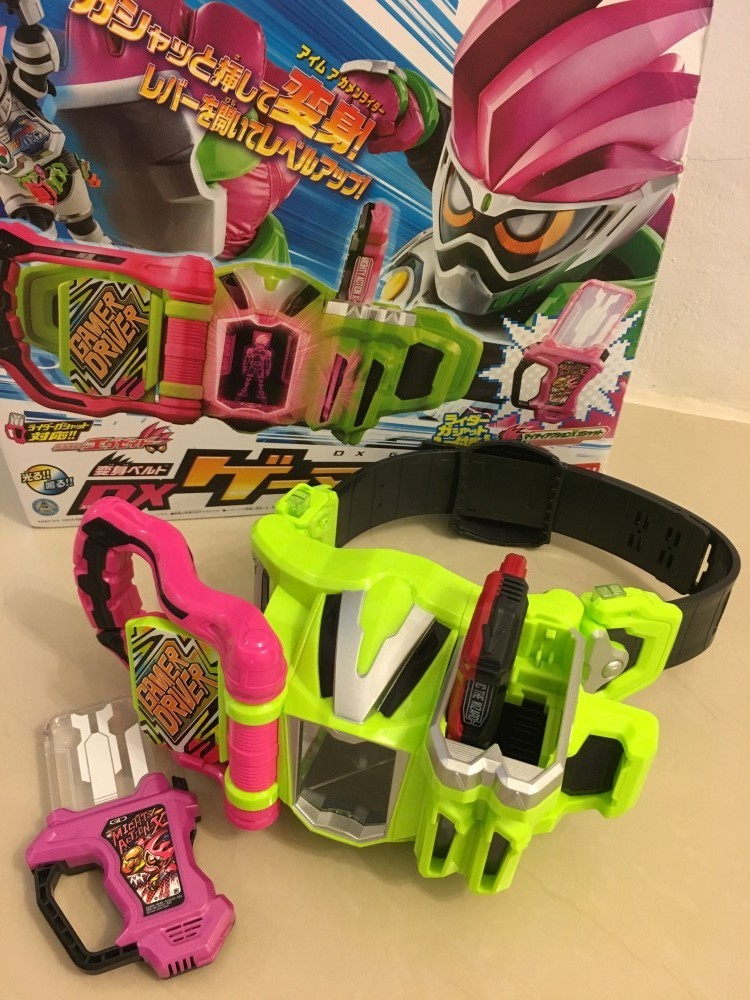 Here is the front view of the box which shows the look of the Belt and Gashat and Kamen Rider Ex-Aid picture behind the Belt. 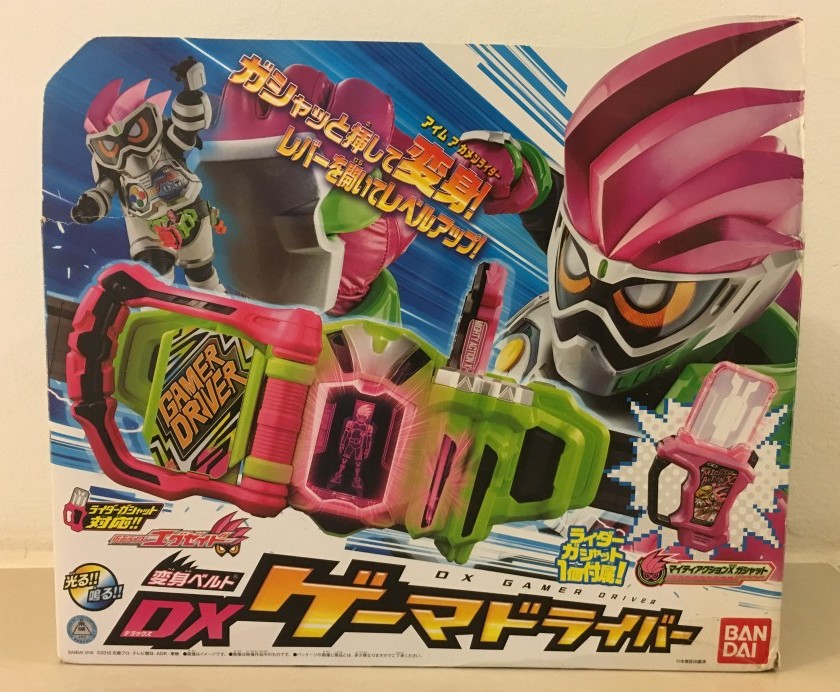 The back view of the box shows the various functions of the Belt, how to install the Belt and where to insert the Gashats. 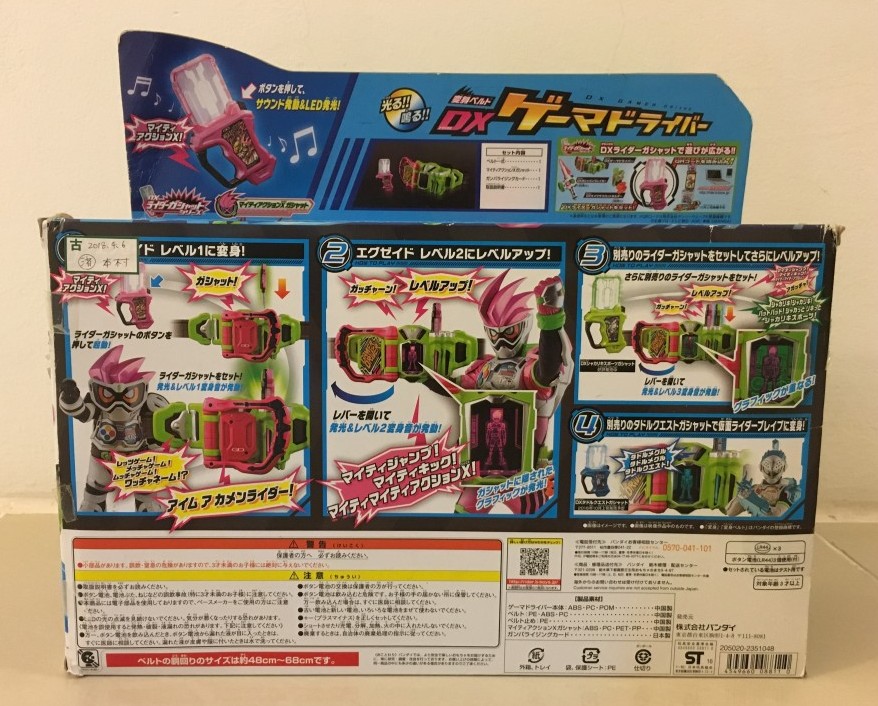 Top view of the box. 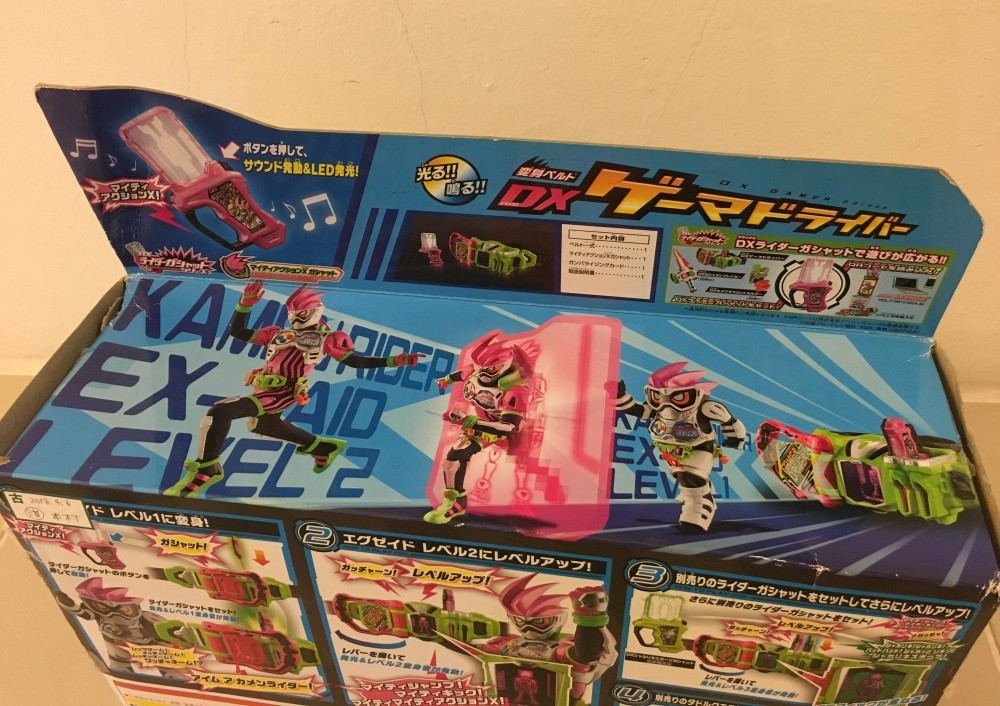 Side views of the box. 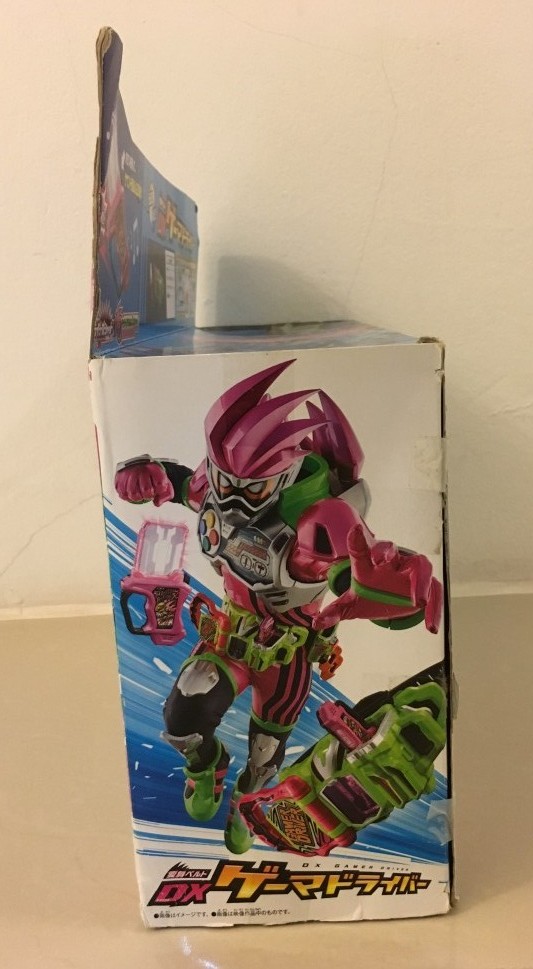 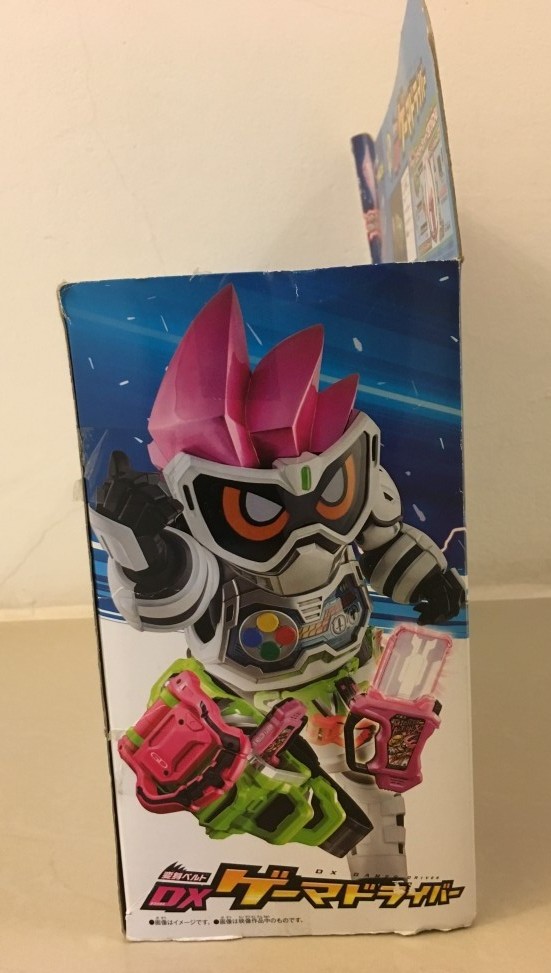 Bottom view of the box. 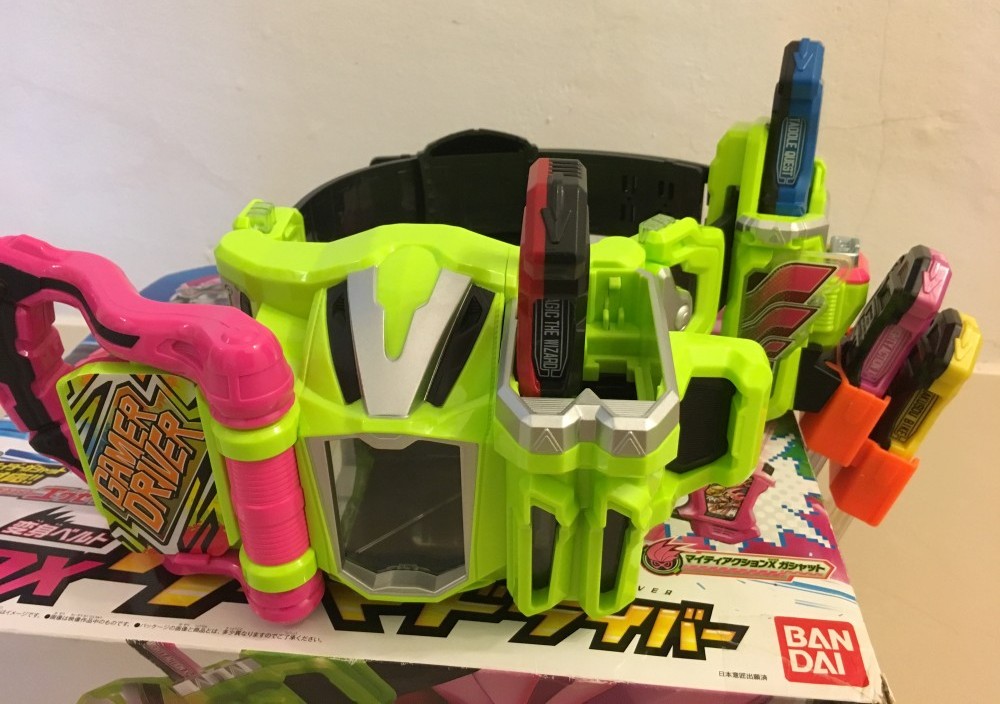 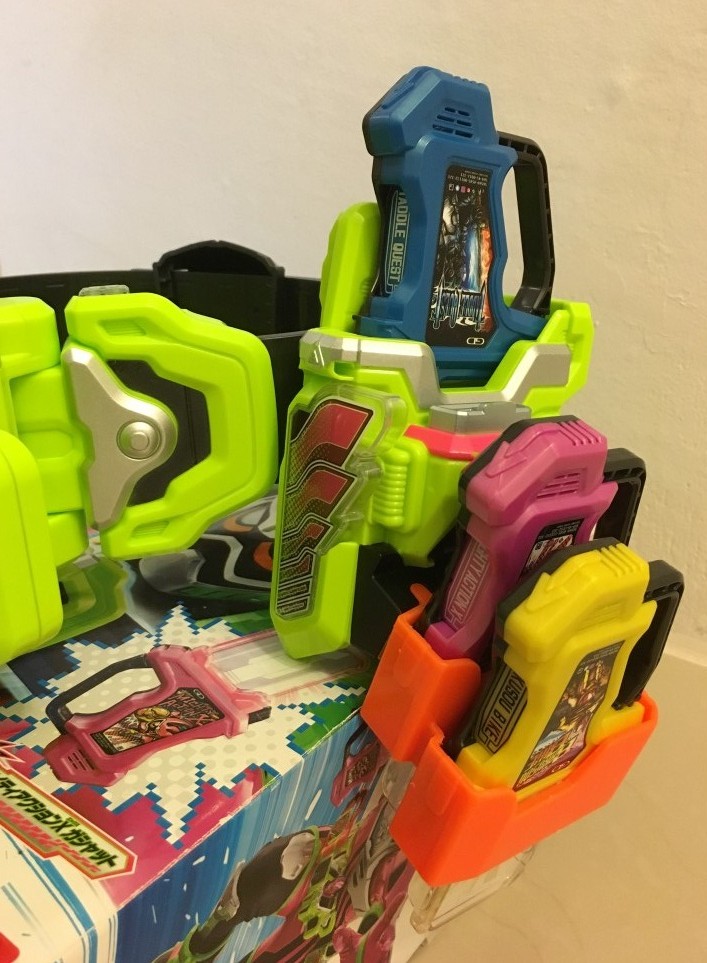 The Kimewaza Slot Holder can be easily mounted and dismounted from the Belt. 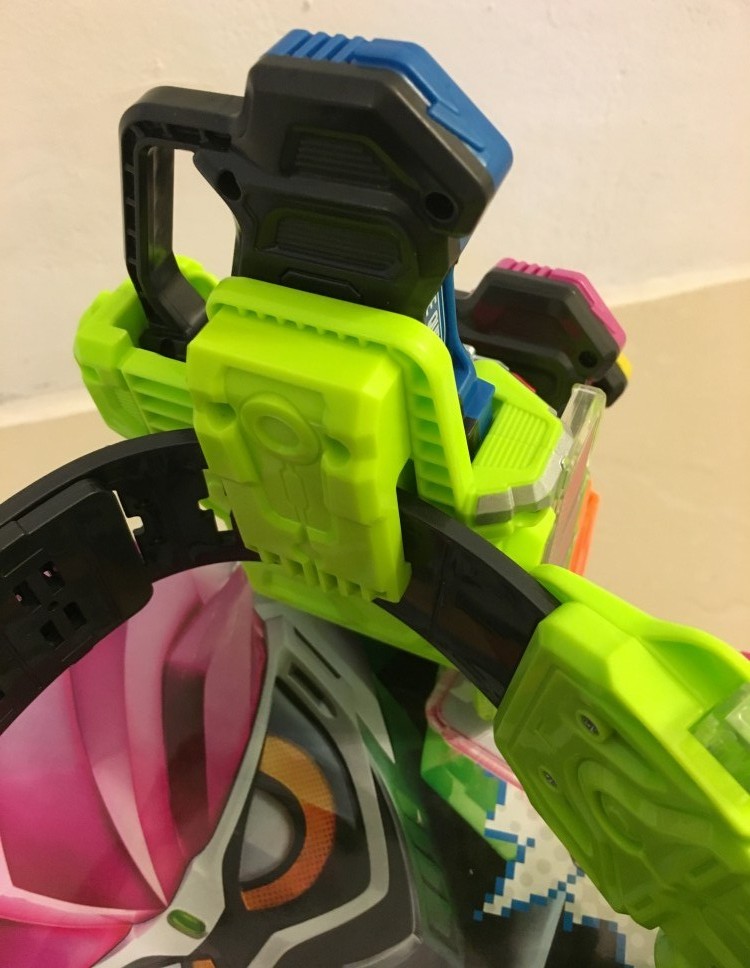 Here are the Kimewaza Slot Holder and Gashats taken apart. They are being sold separately from the DX Gamer Driver Set. 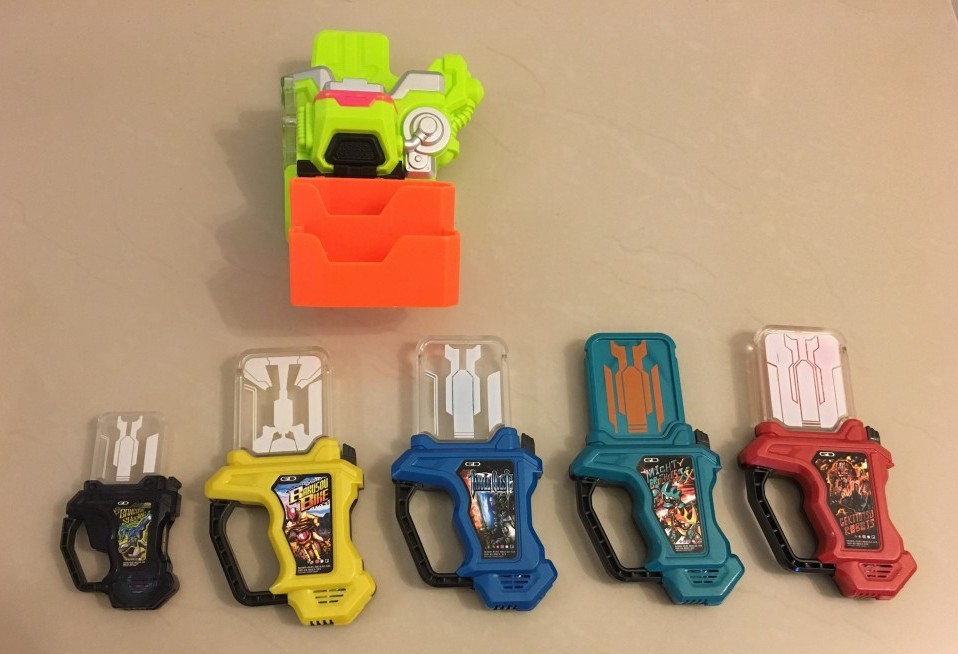 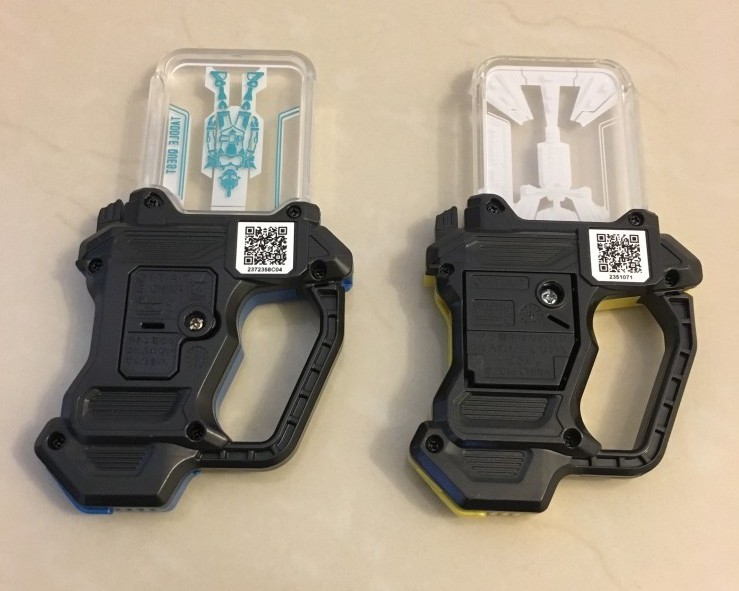 From this angle, you can see that we have dislodged one side of the belt easily with just a click of a button. It can be done with the other side as well. The size of the belt can be adjusted with the buckle behind it. 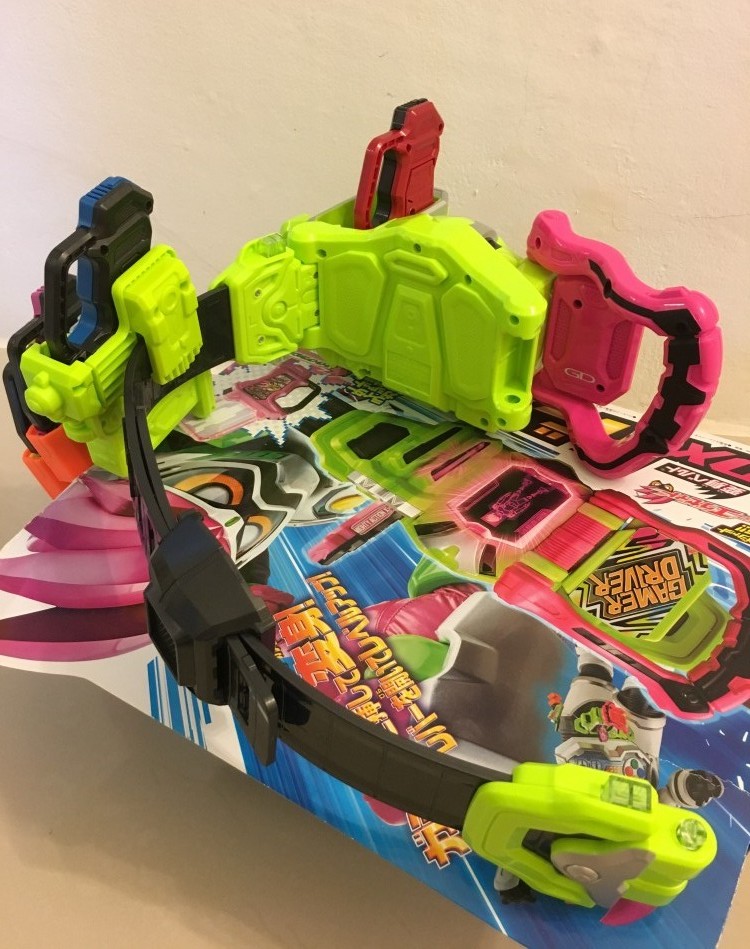 This is how it looks like when the straps of the Belt are fastened together with the buckle behind which is adjustable according to the waist size. 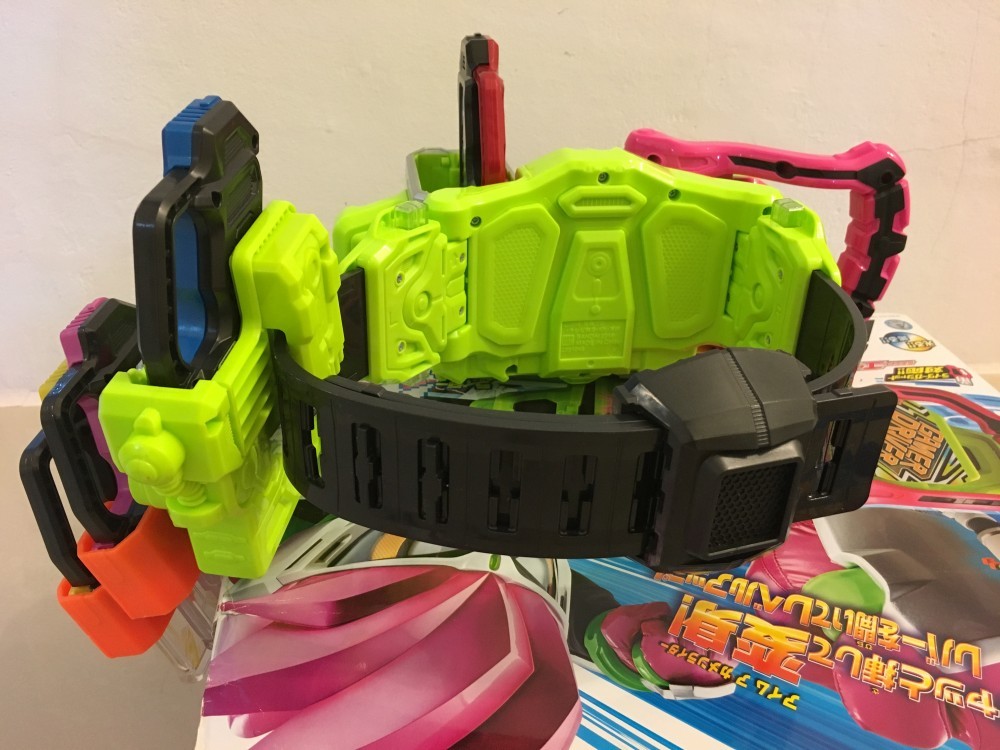 For demo with sounds and lights, you can view the video of Kamen Rider DX Gamer Driver – Play with Gashats here

Hope you have a fun time here. Please leave us a comment below what you think about this Kamen Rider Henshin Belt of the DX Gamer Driver. 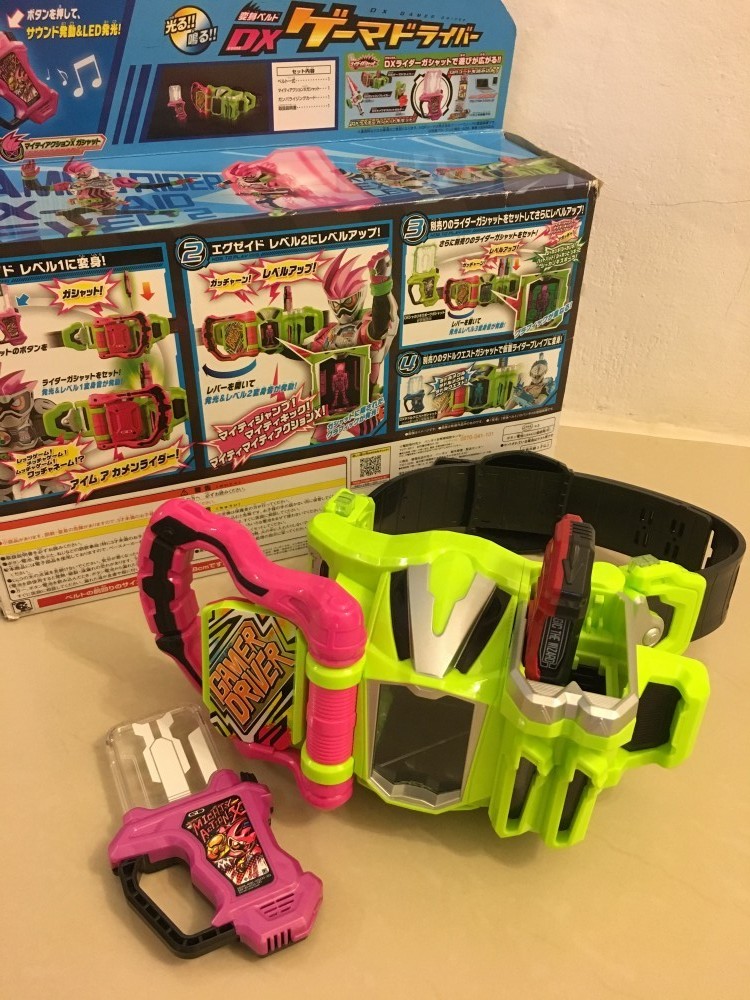