For Honda fans, this time we are covering the Matchbox Honda Ridgeline. To date, Honda produced only two types of trucks which are the Honda Ridgeline and Honda Acty mini-truck. Honda Ridgeline is the lifestyle pickup which is built by Honda America only. Honda Acty is a Japanese mini truck made purely for Japan domestic market.

We will share with you here the Matchbox Honda Ridgeline from the 5-Pack River Adventures series released in 2017.

The exterior of this Matchbox diecast model is pearl white. Its front features is pretty plain with untampo Honda emblem and headlights except for lines of the casting with two side mirrors to resemble front features of the real car. A rear view mirror is visible on the windscreen. 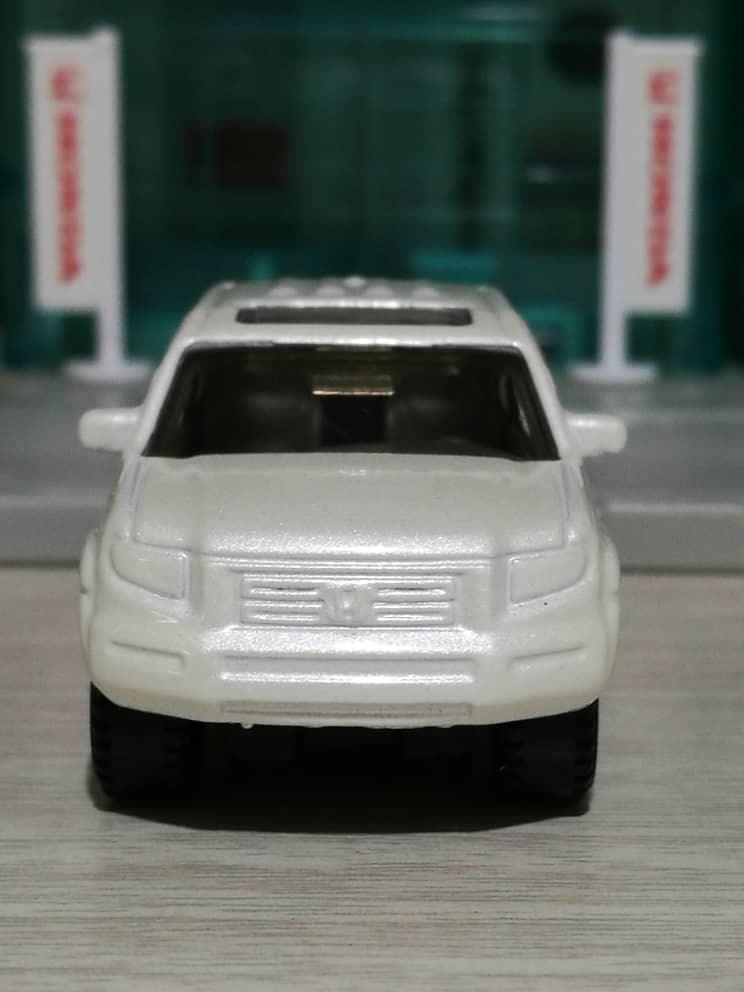 Windows and windscreens are clear but it looks tinted over here due to the gray interior. 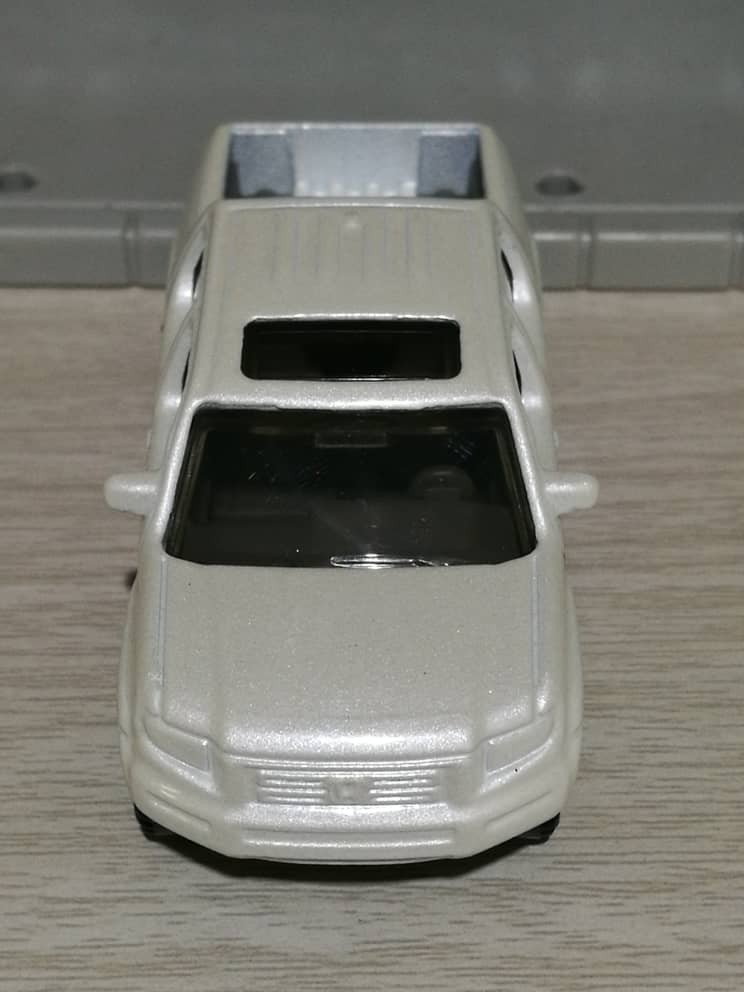 Over here, the clear windows can be seen right through. This Matchbox Honda Ridgeline is brightened up with livelier tampo of Tiki River Cruises. 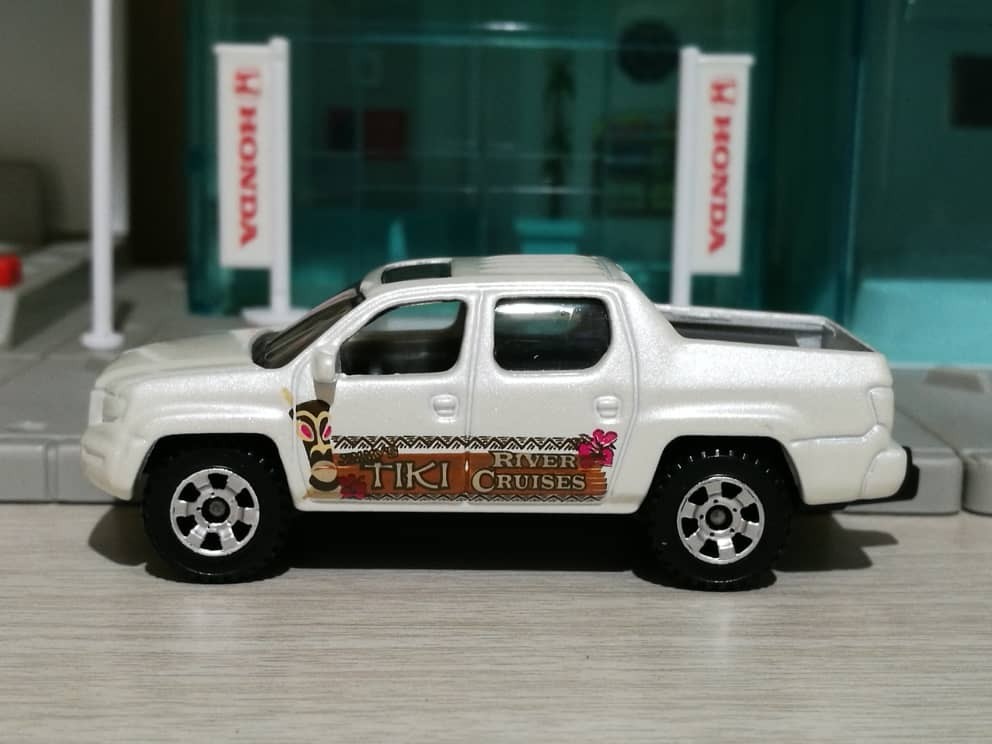 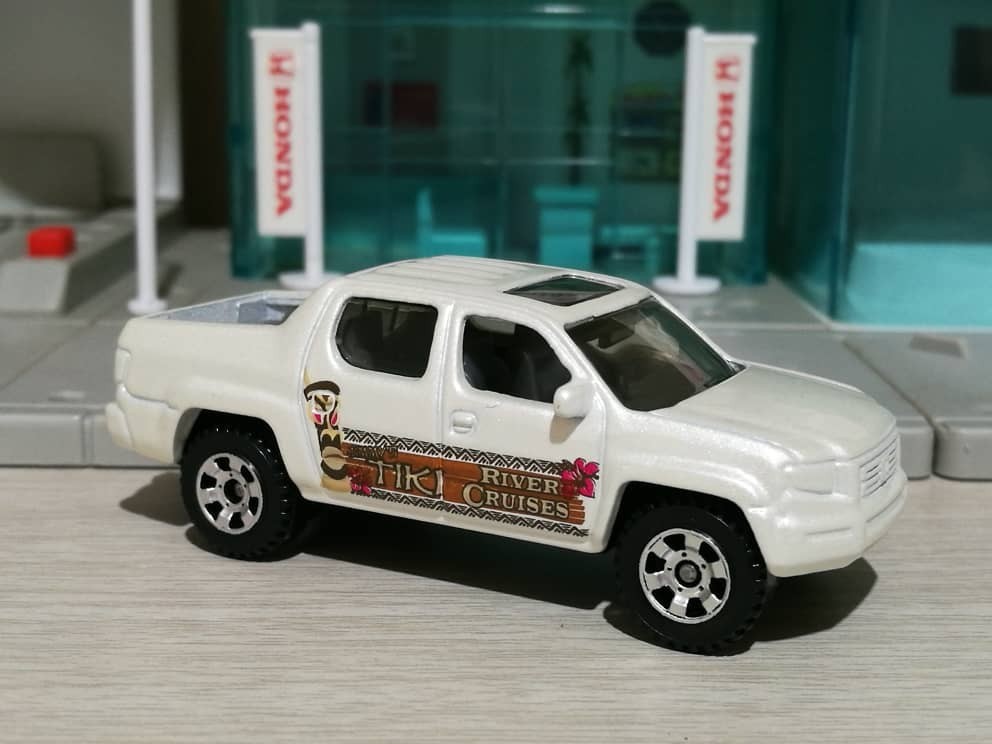 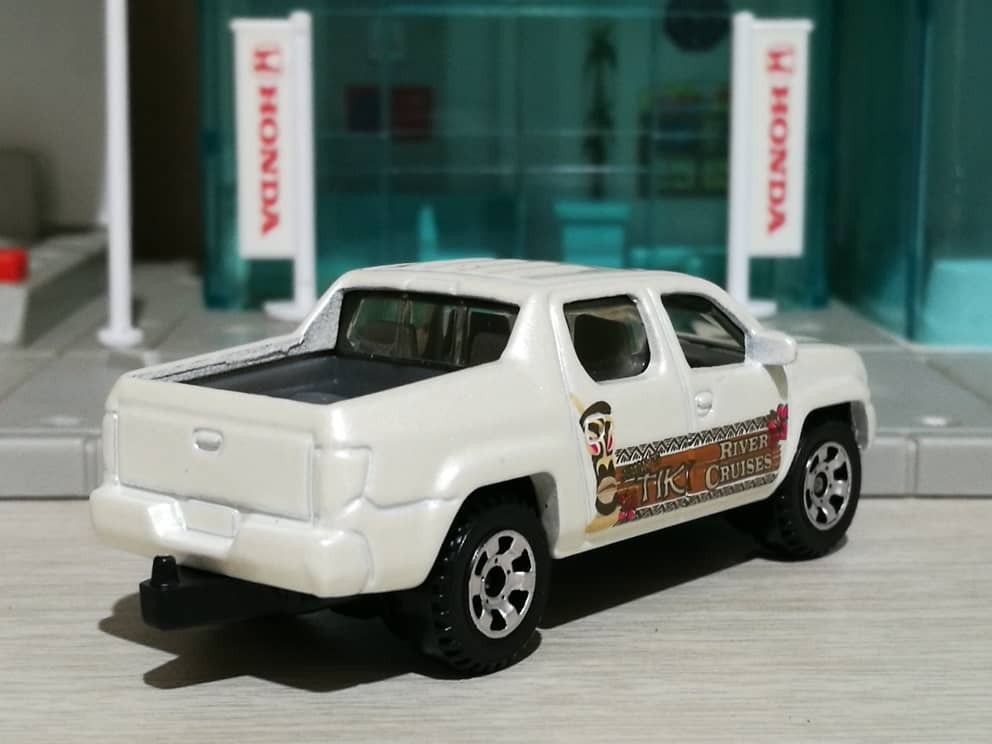 The rear of the Matchbox Honda Ridgeline does not have any detailed rear lights as well. 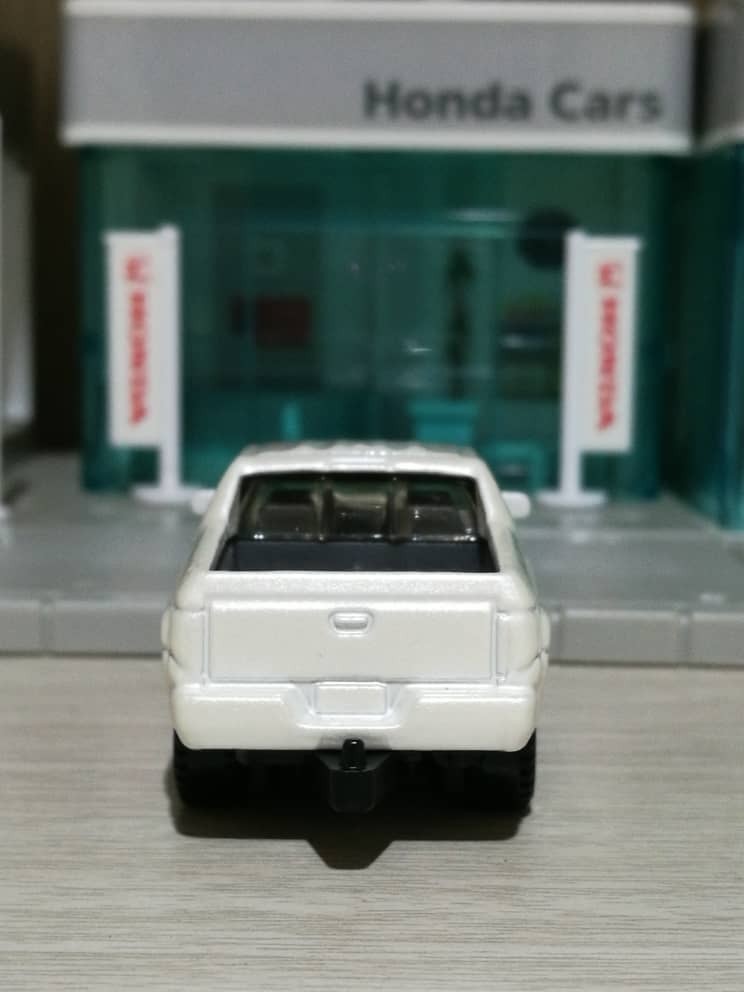 Let’s take a peek into the bed / cargo space area. A big tow hook can be seen here, all set for towing boats 😉 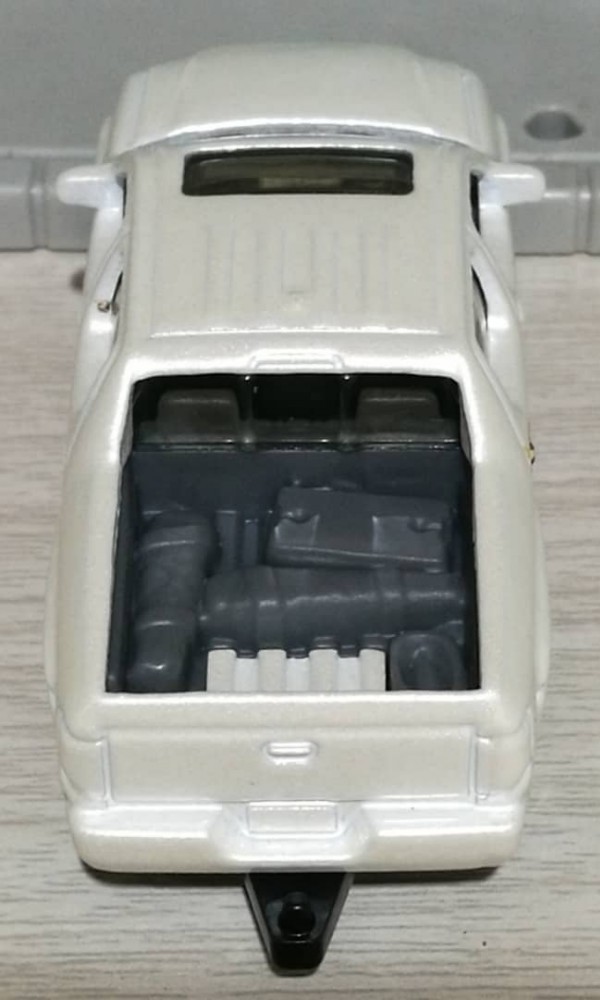 Looks like some cargo with stuffs for Tiki River Cruises probably. 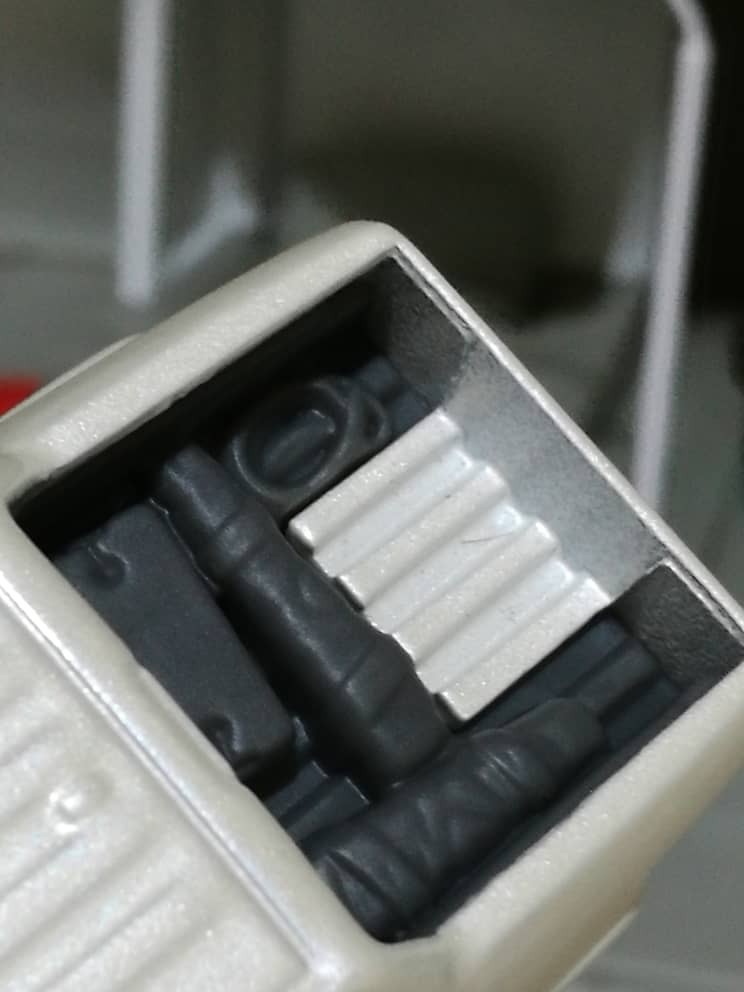 The base is black plastic and is ‘Made in Thailand’. 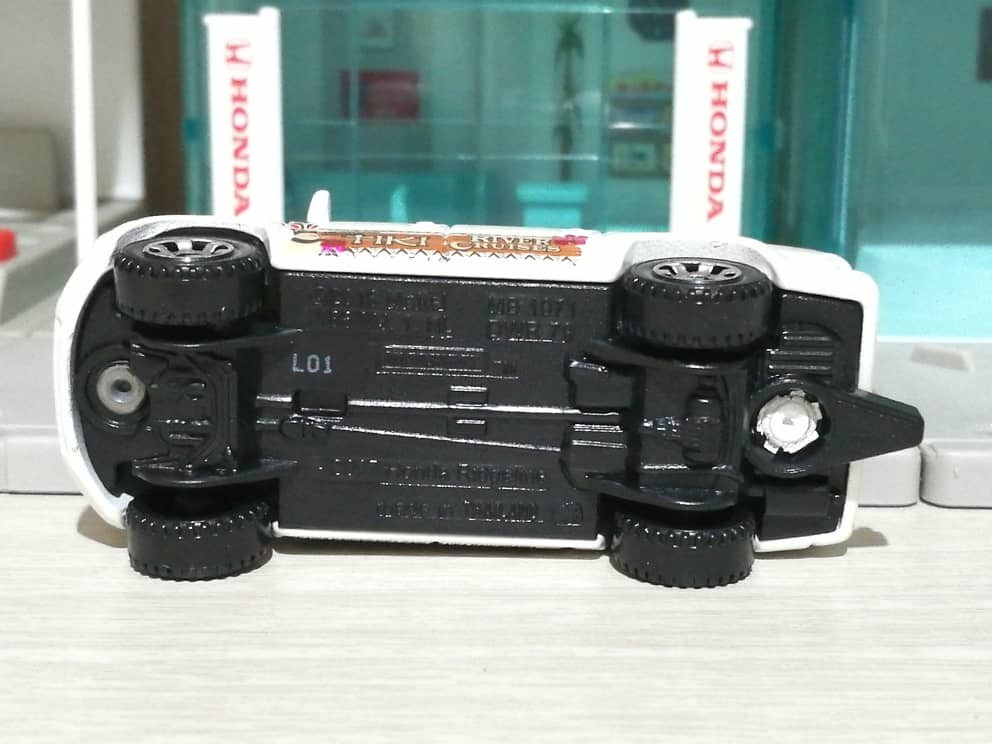 Time for a fun tour with Tiki River Cruises now. See you around!