The Ultraman Mirror Knight figure is pinned together with its tag. 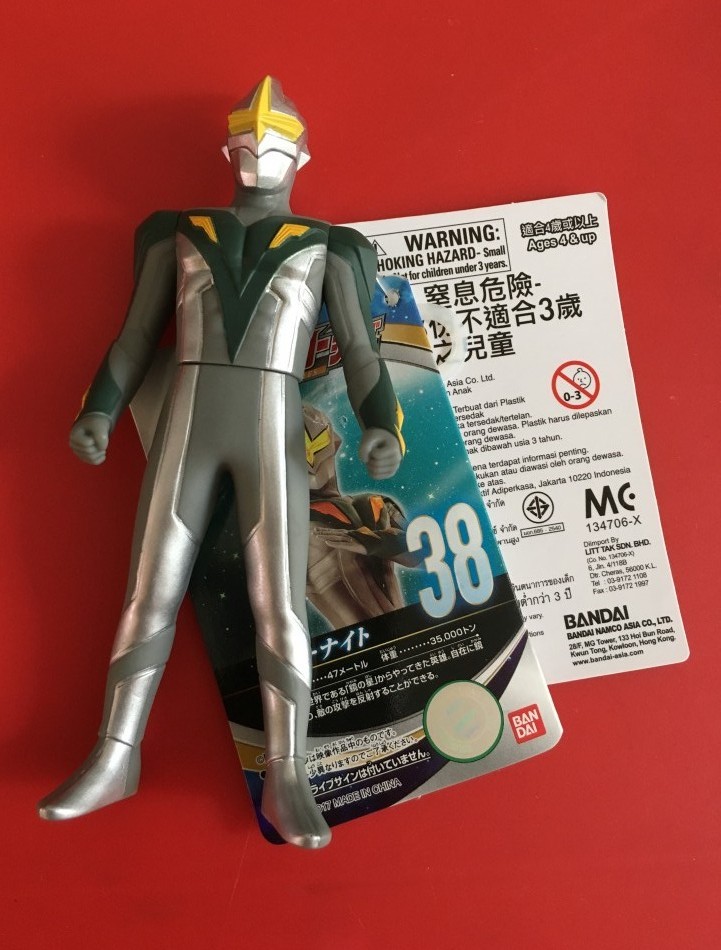 The tag sticks to the ultraman figure from his back. 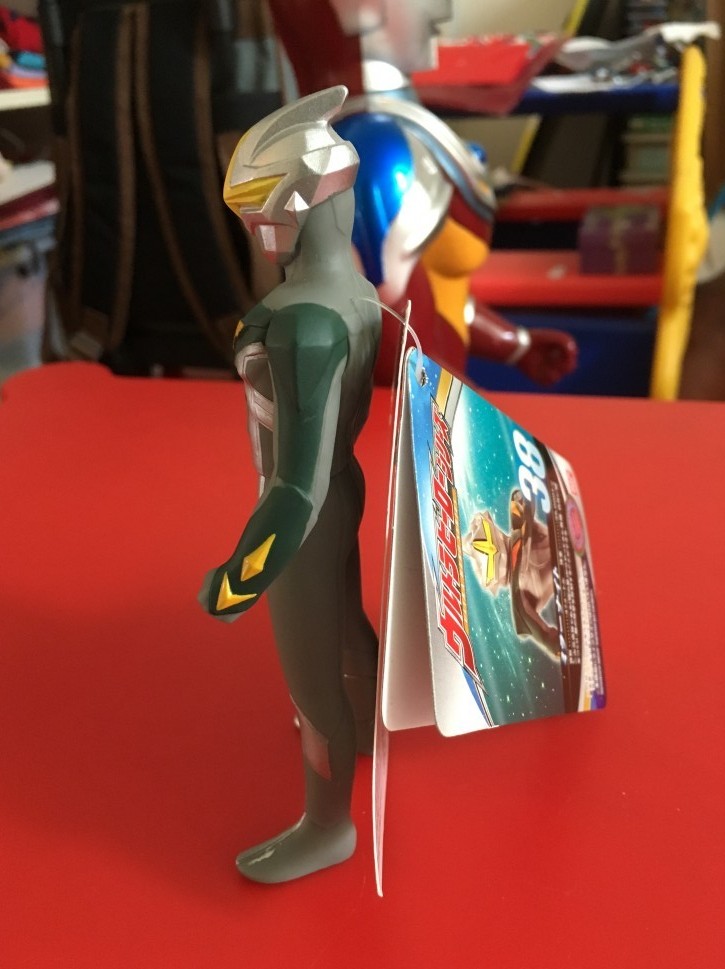 Here, the tag is cut away from the ultra hero figure. 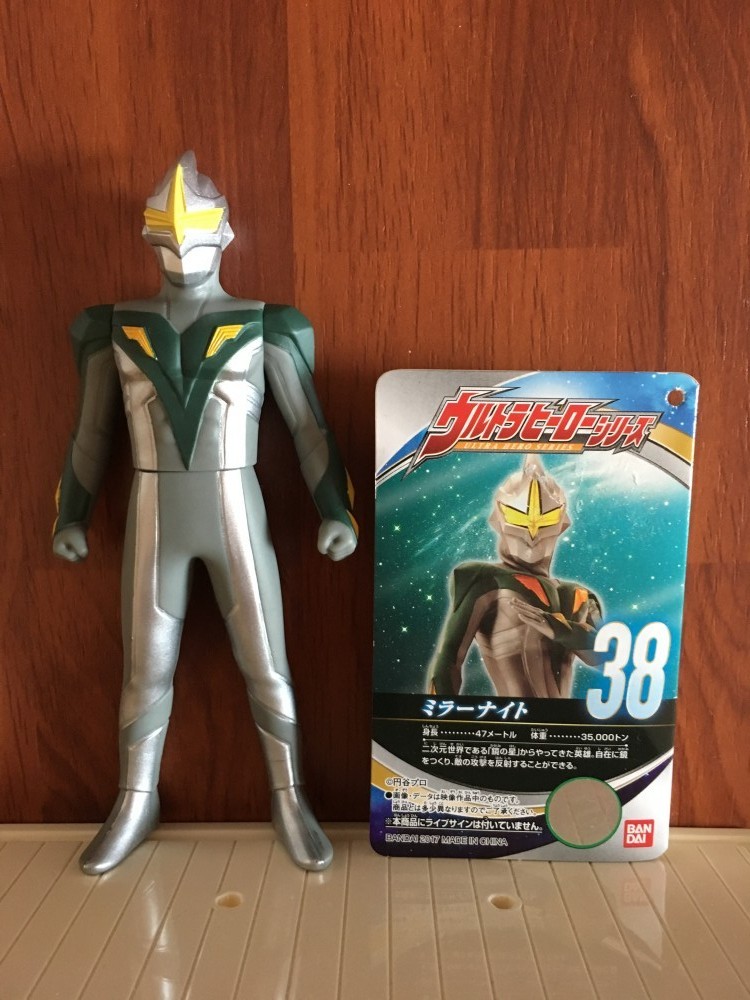 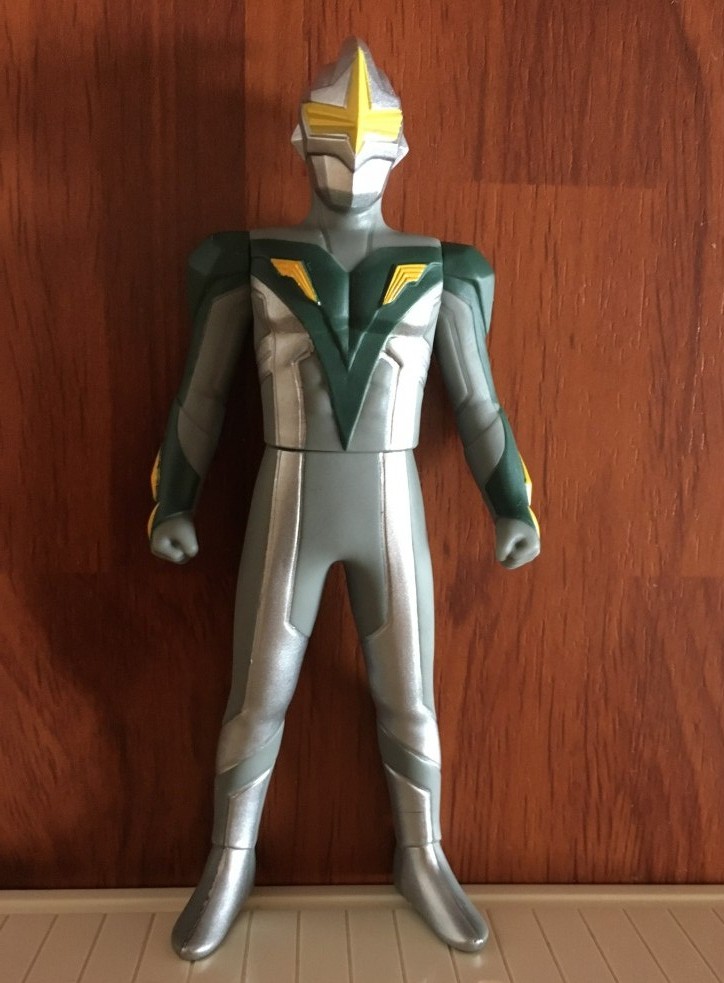 Back of the Mirror Knight figure. 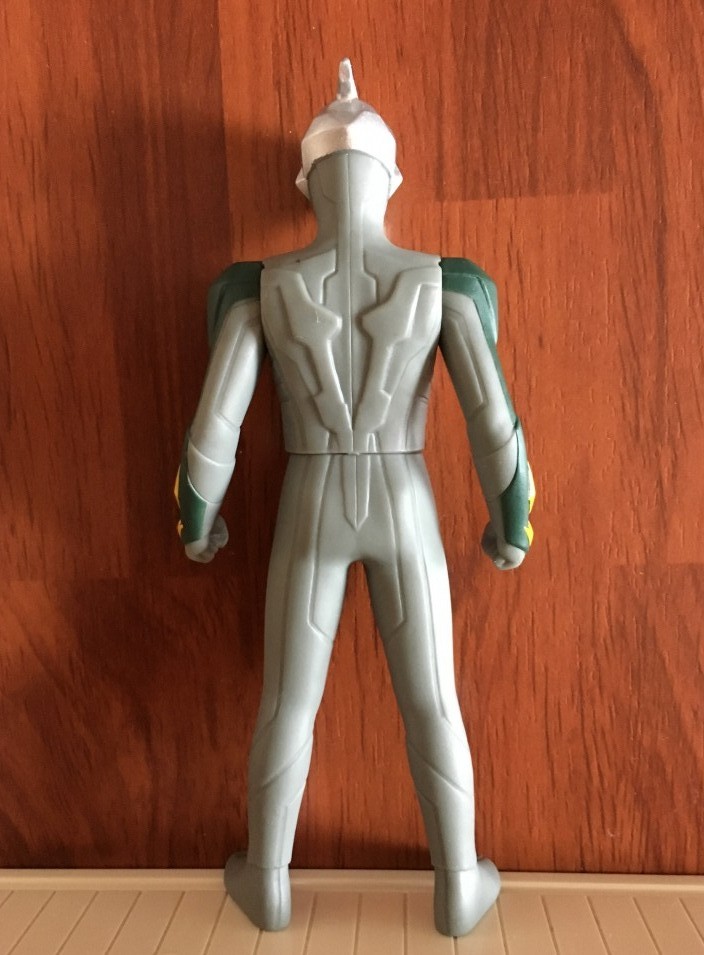 His waist can twist 360 degrees. Twist to the left and freeze … 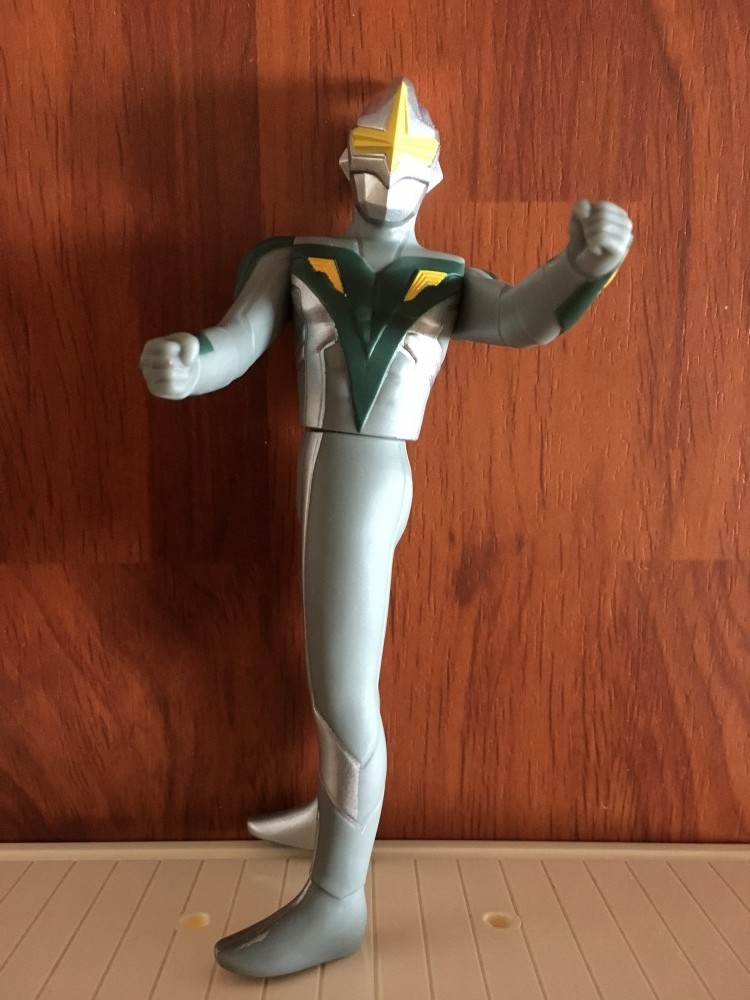 Slim figure from the side view. 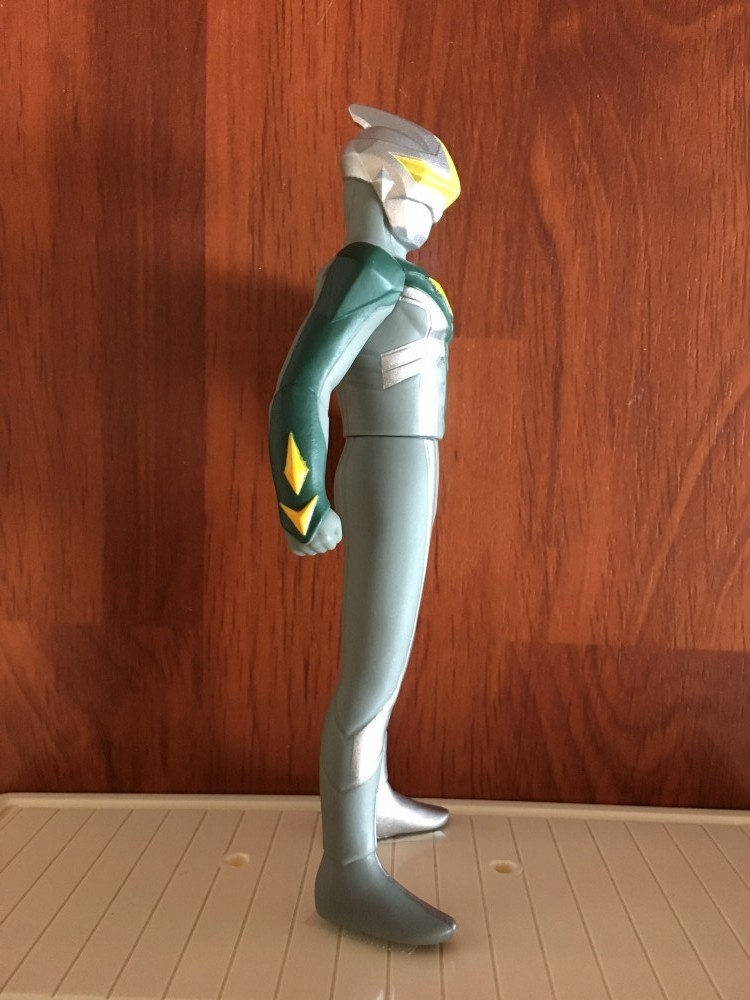 Arms swing to the back. 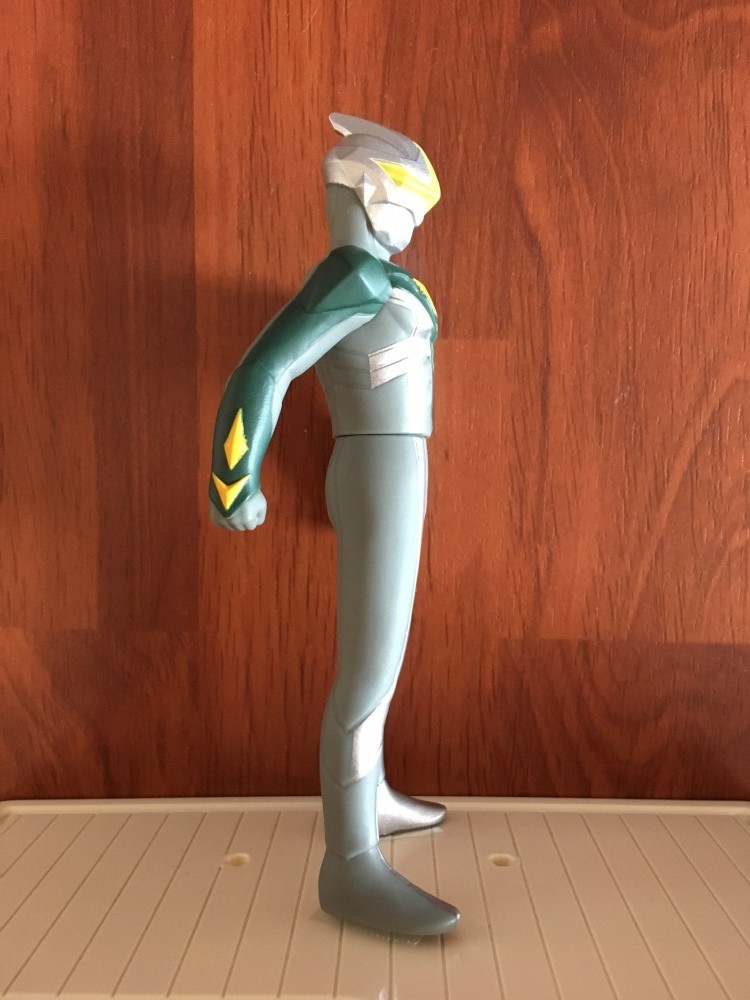 Arms back to normal position. Both arms can rotate 360 degrees. 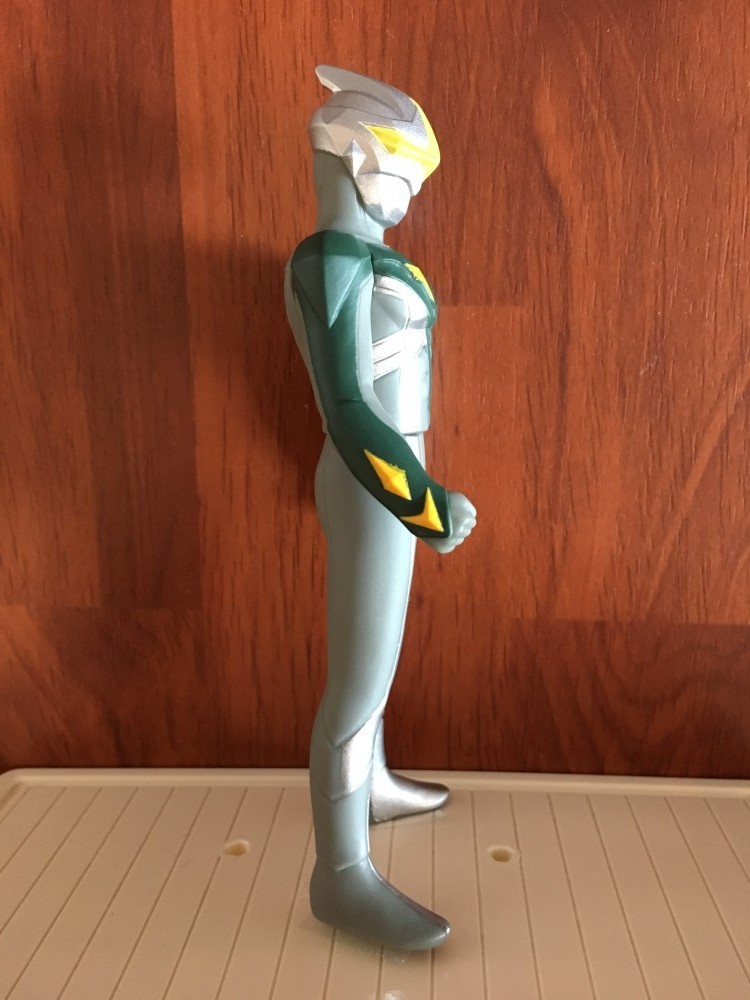 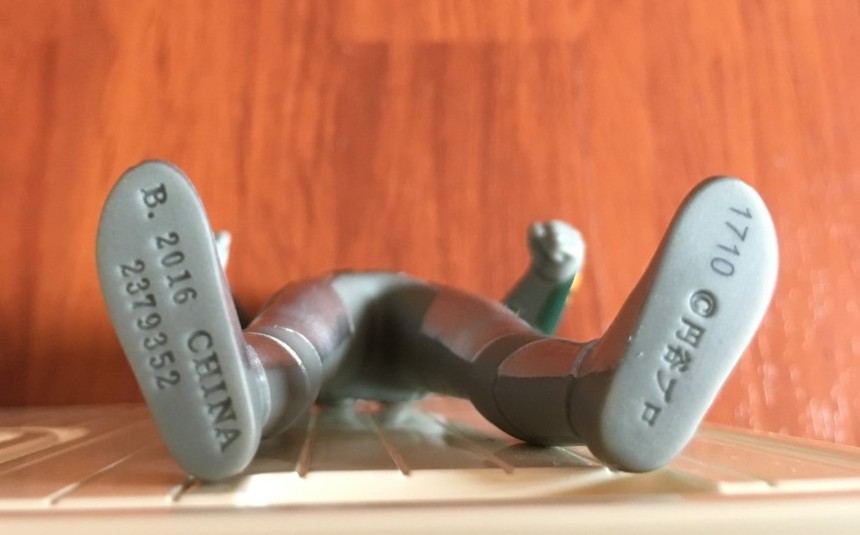 The figure specifications is written all over this tag. 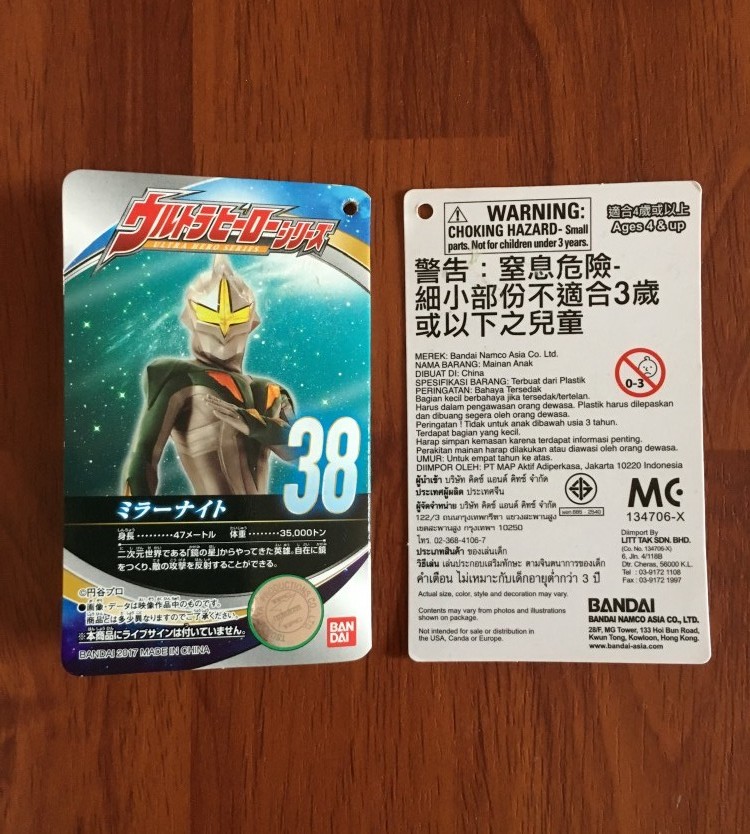 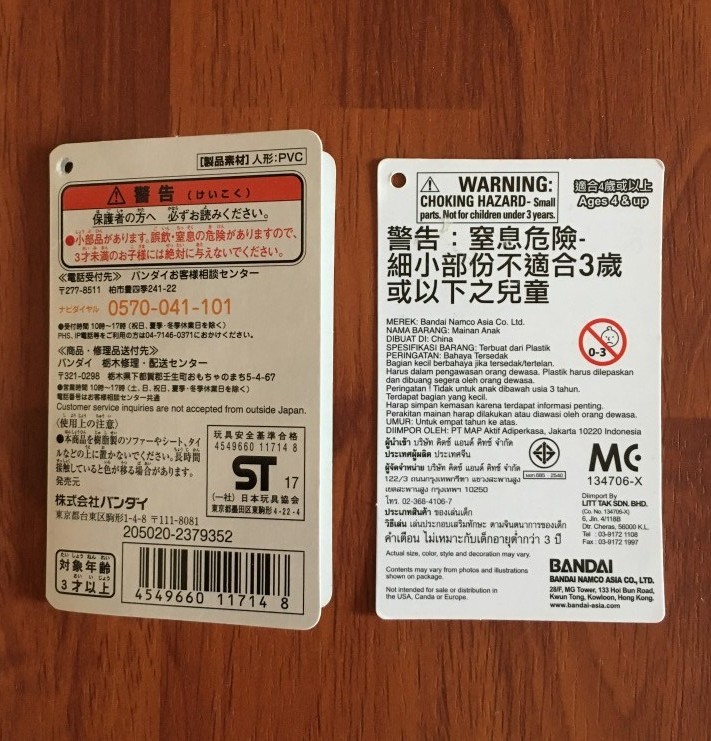 Do you have any favorite Ultra Hero figure you wish to share with us? We would love to hear from you.